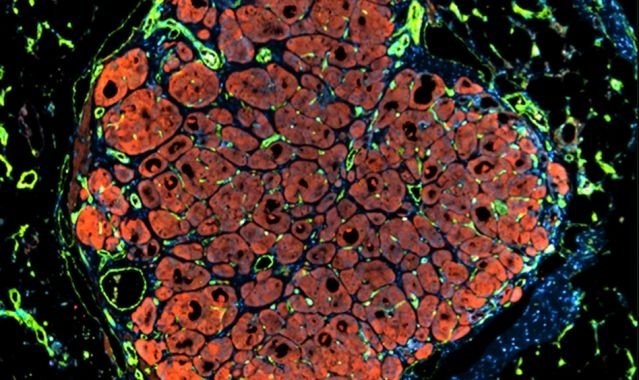 Being able to grow your own new organs may be within reach – with some cellular assembly required.

Using a carefully constructed clump of cells, mice grew their own functional human liver organoids within months, researchers report this week in Science Translational Medicine. The cellular organ seeds thrived in the rodents, expanding 50 times over that time. They appeared to form complex liver structures, tap into the vasculature and perform the functions of a normal liver. The critical factor in getting the organoids to take root, the authors report, was that the sperm cells were arranged just right.

Although the organ seeds are far from any clinical application, researchers hope that one day they will be able to develop larger liver organs to treat patients with liver failure or liver damage.

As Ars previously reported, researchers have been working hard to generate whole organs from engineered tissue. The problem is always assembly — it’s difficult to neatly arrange a variety of cell types into intricate and functional structures while allowing the life-supporting vasculature to permeate the tissue. Researchers have tried everything from printing tissue to stripping spinach’s cells to create beating, leaf-shaped heart tissue.

To grow a liver, researchers led by MIT engineer Sangeeta Bhatia began by carefully designing a cellular skeleton on which to grow the organ. They first allowed human liver cells (hepatocytes) and connective tissue cells (fibroblasts) to grow together in groups. They then used a form of microtissue to make rope endothelial cells, which form the lining of blood and lymphatic vessels. Finally, they carefully collected rows of clumps of cells between strands of endothelial cords and held the structure together with a biodegradable hydrogel.

In all, they named the organ starter kit SEED, for “In Situ Expansion of Engineered Devices.”

To test the SEEDs, the researchers implanted them in the abdominal fat of healthy mice and mice with a genetic disorder that causes liver damage. In the healthy mice, the liver seeds did not grow very much. But in the rodents with liver damage – circulating liver-regenerating growth factors and other molecular signals to repair their damaged liver – the organ SEEDS germinated.

Eighty days after implantation, there was a 50-fold cellular expansion along the SEED scaffold. The liver organoid formed precursor bile ducts and contained clusters of red blood cells, indicating the formation of blood vessels. The organoid also pumped out standard human liver proteins, including albumin and transferrin.

There’s still a lot of work to be done before researchers have a functional human-sized liver, but the team is optimistic. “We believe this work paves the way for the use of SEEDs as an alternative strategy for scaling engineered organs, one that uses self developmental, injury or regenerative cues to expand prefabricated structures in situ,” conclude they.