Human brain cells can make complex structures in a dish – is this a problem? | Techilink 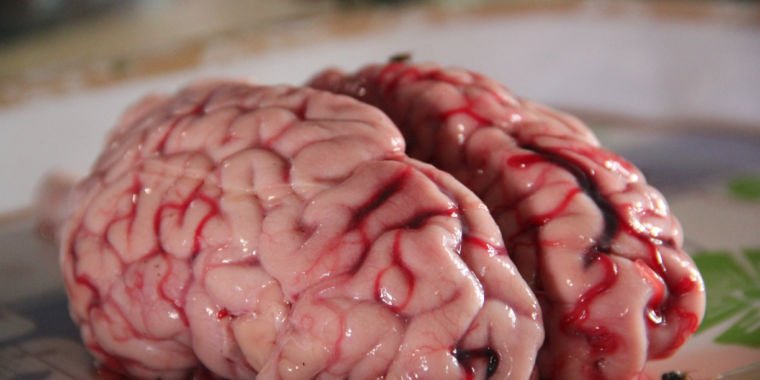 The premiere of the second season of west world is a perfect time to reflect on what makes us human. This is not new territory; such questions have long been addressed in fiction, and they have appeared in science in the form of studies of beings who have human characteristics – such as consciousness – but who do not. Homo sapiens.

These studies raise ethical questions as to whether the subject is an animal or an AI. Last May, a consortium of bioethicists, lawyers, neuroscientists, geneticists, philosophers and psychiatrists gathered at Duke to discuss how this question might apply to relatively new entities: brain organoids grown in a lab. These organoids can be either chimeras of human or animal cells or slices of human brain tissue. Will these lab-grown constructs achieve any consciousness worthy of protection?

If we are ever going to understand, let alone cure, the very complex brain disorders that plague humans, such as schizophrenia, ASD and depression, we need research models. And to be informative, these models must be accurate representations of the human brain. But as our models look more and more like the real thing (and for now they’re a long way off), the problems with using them become so pronounced that negates their usefulness, like Borges’s map.

Is it ethical to use active human neural tissues since mental and psychiatric disorders are so debilitating? If we increase our ability to create them to the point where they develop consciousness, is their use still ethical?

Brain organoids are generated in the same way as other organoids – we made them for the eye, gut, liver and kidneys. Pluripotent stem cells are cultured under conditions that promote the formation of specific cell types. In this case, we can push cells to take over the fate of certain brain regions. These different brain areas can even be combined to a limited extent. These 3D organoids contain multiple cell types and are undeniably more physiologically relevant to research than a lawn of identical cells growing in a petri dish.

And they are getting more and more complex; last year, a lab at Harvard recorded neural activity of an organoid after shining light on an area where cells of the retina had formed along with brain cells, showing that the organoid can respond to an external stimulus. Obviously this isn’t the same as feeling sadness (or anything else), but it’s an important advancement.

Chimeras have also been created. In this context, they are animals – usually mice – in which human brain cells have been implanted. (The implanted cells are derived from pluripotent stem cells, such as the ones used to make the brain organoids above – they are NOT harvested from individual humans.) Again, this is done to provide a more physiologically relevant model of brain diseases, such as Parkinson’s. When human glial cells were transplanted into mice, the mice performed better on some learning tasks.

The small size of the rodents used should limit the ability of the human brain cells to grow, but they clearly affect the mice. In terms of ‘human-animal blur’, the consortium writes: ‘We believe that decisions about what types of chimera are allowed or whether certain human organs grown in animals make animals ‘too human-like’ ultimately a case to be taken. -on a case-by-case basis, taking into account the risks, benefits and different sensitivities of people.”

What if these entities evolved consciousness, whatever that means? Or the ability to feel pleasure or pain? Or the ability to form memories? Or some kind of self-awareness? How could we even determine if they had such abilities? The EEGs commonly used to measure consciousness don’t work in infants, who are clearly conscious and human, so they may not apply here either.

Researchers have studied human brain tissue for more than a century, but now we have the ability to manipulate that brain tissue, for example to make certain neurons fire. If we develop the technology to retrieve someone’s memories from a piece of tissue, how do we deal with it legally and ethically? Consent to donate this tissue would take on a whole different dimension. And since some aspects of this technology could presumably function even if the tissue donor was dead, would that change the definition of brain death?

Genetic engineers set their own rules for the use of recombinant DNA at the 1975 Asilomar conference. Elon Musk argues that now is the time to regulate AI. With the BRAIN initiative currently underway, it’s encouraging to see neuroscientists trying to get ahead of this game and develop ethical guidelines before these technologies evolve. So once these technologies are there, at least there’s a chance we can use them responsibly.