Hulu’s Runaways might do justice to the brilliant comics |Techilink 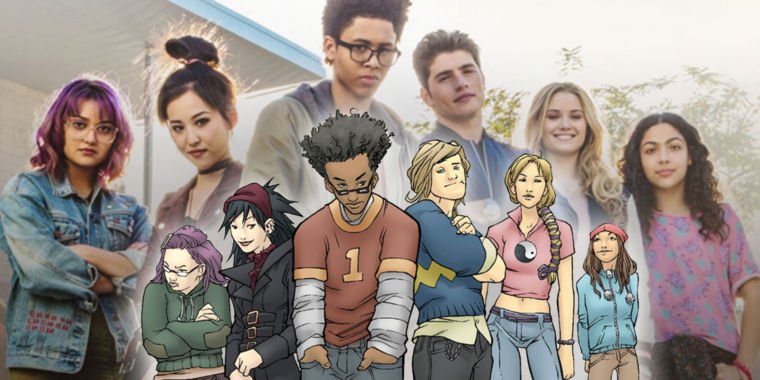 When Marvel Debuted runaways in 2003, it took the superhero genre in a compelling new direction. Not only did it have teenage characters that were more than sidekicks or mini-versions of adults, but it also raised the stakes by a Game of Thrones and killing important characters. Hulu’s series based on the books is coming next month, and the first trailer is pushing all the right buttons.

Created and written by Brian K. Vaughan (Saga, Y: the Last Man), runaways is about a group of six teenage friends who discover that their parents are secretly a gang of super villains called the Pride. Torn between loyalty to their families and a desire to make things right, the characters are ambivalent and complex from the start. Some of them have been trained in the superpower ways by their parents, while others are just figuring out what to do. Led by tactical mastermind Alex (Rhenzy Feliz), they soon decide to team up and fight evil. But that means running away from home, leaving everything they love behind and taking on the people they once thought were their protectors.

In this trailer we meet the founding members of the runaways (it’s not clear if this show will kill any of them like the comics did). There’s Alex, who shows his friends the secret room where their parents sacrifice innocent people. Molly (Allegra Acosta) has superpowers, probably inherited from her mutated telepath parents. Gert (Ariela Barer) has a mind-meldy connection to a genetically engineered dinosaur from the future called Old Lace. Then there’s Karolina (Virginia Gardner), who thought she was human until she turned into a glowing, solar-powered alien known as a Majesdania. Chase (Gregg Sulkin) is the son of mad scientists, and we see him with the fire-controlling ‘fists’ he stole from his parents.

Best of all, we see the sorceress Nico (Lyrica Okano) using the ‘Staff of One’, a magical object that helps her increase the powers she received from her evil wizard parents. In the comic, Nico gets the Staff of One when her mom tries to kill her with it, which tells you how dark runaways could get. It’s not clear how she got it in the TV version, but there’s no hiding from this trailer that the parents of these kids are completely evil. I also like that James Marsters (Spike from buffy) plays Chase’s father.

runaways is part of the Marvel Cinematic Universe, but there are no official crossover plans with any of the other properties. The show will premiere on Hulu on November 21, but if you can’t wait, you should start reading the comics. The new series is currently being written by bestselling author Rainbow Rowell, and she’s killing it.