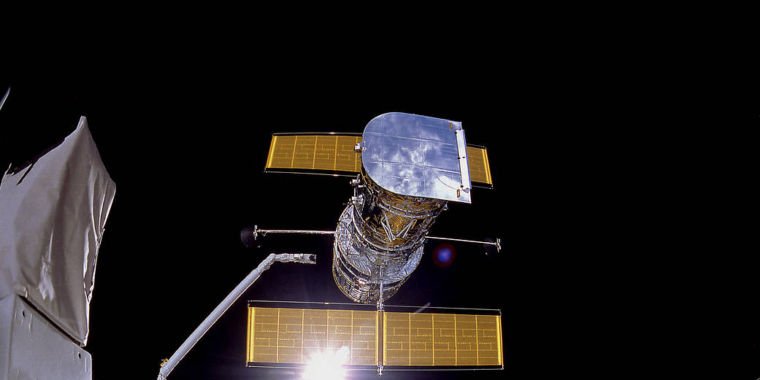 Ground operators placed the telescope in this stable configuration after one of the three active gyroscopes helping to aim the telescope failed. According to NASA, the gyro that failed last week had been showing end-of-life for about a year and the failure was not unexpected. What happens next is a bit complicated and requires some explanation.

The Hubble telescope has three pairs of two gyroscopes, with each pair consisting of a primary and backup gyroscope. In addition, in each pair, one of the gyroscopes is of an “old” design, while the other is an “improved” or newer design intended to last for a longer period of time.

The six gyroscopes on Hubble were replaced in 2009 during the last instrument maintenance mission by NASA’s space shuttle. With the shuttle retired, NASA currently has no ability to send people to repair the telescope. In fact, the agency has no spacecraft with an airlock and robotic arm that would be ready within the next few years. This is one of the reasons why NASA wanted to install three improved gyroscopes on the telescope in 2009.

Up to two gyros

If this is not possible, the agency will start operating the telescope using a single gyroscope while keeping the other working gyroscope in reserve to preserve the overall life of the telescope. NASA said that while this option offers less aerial coverage at some point, there will be a relatively limited impact on Hubble’s overall scientific capabilities.

Launched in April 1990, the Hubble telescope has observed everything from Jupiter’s moons to exoplanets to the edge of the known universe. During its lifetime, the instrument literally discovered the age, size and fate of our universe. While the James Webb Space Telescope, expected to launch in 2021, will replace some of the Hubble’s features, it won’t be able to duplicate its stunning optical images.