HTC: There will also be no escaping ads in VR |Techilink 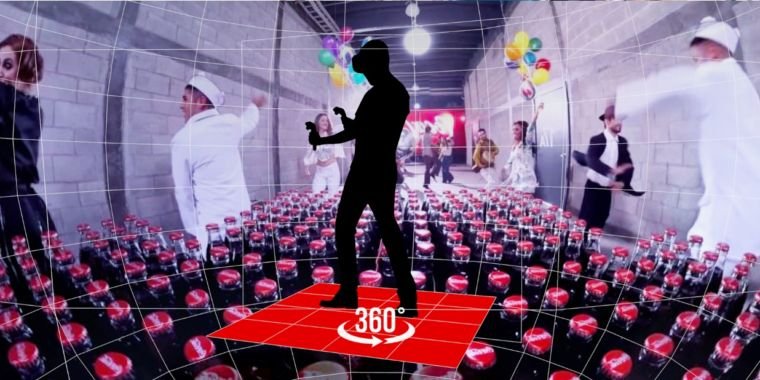 Are you angry because the virtual world generally lacks the ever-present advertising experiences that infect our daily lives? Do not be afraid! HTC is now introducing its own VR ad service for developers on its Viveport platform, intended to “maximize your ad revenue while maintaining a great user experience”.

Viveport developers can now easily place video ads, banner ads, 360° video and simulated “big screen video” ads in their virtual experiences, either as integrated parts of “in-app scenarios” or during loading screens and “end scenes”. Ads can even be placed directly on in-game 3D models, just like they can be plastered onto any surface anywhere in the real world. That’s immersion!

HTC is already selling VR ads as a new, more effective way for marketers to get a targeted, memorable message through our ever-evolving personal filters. As the company puts it, “Ads appearing in immersive VR environments can not only deliver more effective impressions, they can also track whether users have viewed them or have averted their gaze… Compared to regular ad impressions, ads seen by users in an immersive VR environment can not only meet the user’s needs through accurate retargeting, but can also be detected if they are effectively viewed by users”

For now, the initiative appears to be limited to HTC’s own Viveport marketplace, a separate app store that works alongside the SteamVR interface that most Vive users deal with. The ads in the world are also limited to free-to-play VR experiences for now. Ads starting in the free-to-play space, however, tend to quickly make their way into paid experiences, as we’ve seen before with traditional monitor-based video games.

As we all know, in-game advertising definitely works and makes brands cooler, so this is definitely a win-win for both VR developers and users. Thank you, HTC!