How the Bantu people crossed two-thirds of Africa | Techilink 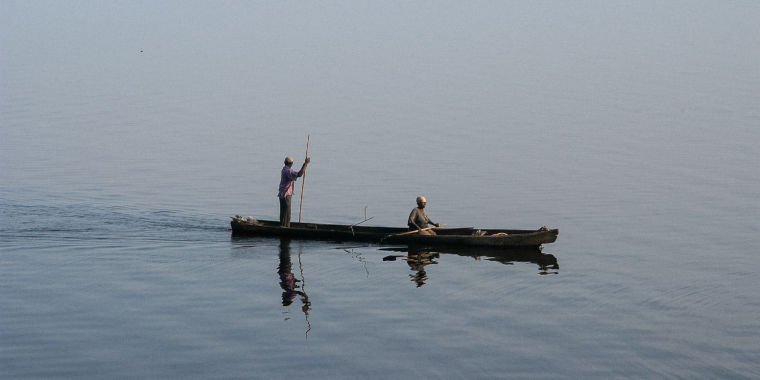 In recent decades, advances in DNA technology have completely changed our view of our species’ past. We can now trace our ancestry from Africa, to North America and across the expanse of the Pacific. What is often missing from this big picture of constant expansion is that our ancestors did not sit still once they settled in an area. Technological changes such as agriculture led to additional migrations and population disruptions.

One of the largest of these is known as the Bantu Expansion. There are more than a billion people in Africa, and almost a quarter of them speak languages ​​from the Bantu family. Bantu speakers occupy regions from the rainforests of Central Africa to the savannah of East Africa and arid climates in the south. And they occupied all that territory in less than 4,000 years, despite the fact that Africa had been teeming with people for tens of thousands of years.

Now researchers have turned to DNA to trace the route of Bantu expansion through Africa. In the process, they have discovered that the Bantu ended up as part of the slave trade, which also added to the African American population.

Linguistic analysis and archaeological evidence suggest that the Bantu originated near the border of Nigeria and Cameroon. Their initial expansion seems to have been driven by their development of agriculture, and they later adopted ironworking on a large scale. But the geography around their region of origin — deserts in the north, savanna in the east and rainforest in the south — would make agricultural practices challenging to move with. In fact, it was difficult to determine which of the competing ideas about the Bantu’s route(s) across Africa made sense.

The results suggest that the Bantu’s first move was south and into the rainforest. Modern Bantu populations in the area have clearly mixed with the hunter-gatherer groups that still live in the rainforest. But traces of that population are absent from Bantu people elsewhere in Africa, suggesting it did not occur until after the expansion. The DNA data is consistent, suggesting that hunter-gatherer DNA was not introduced into these populations until about 800 years ago.

From the rainforests of Angola, the population split into two distinct migrations. One moved east to Ethiopia and Somalia and mingled with the population there about 1,500 years ago. About 10 percent of the DNA of Bantu speakers in the area comes from other East African populations. In the south, a separate group mixed with the San, a people group who currently inhabit parts of Namibia. The San contributed about 20 percent to the DNA of modern Bantu speakers in South Africa.

The data obtained by the research team also offers the opportunity to identify the genes that were essential to enable the Bantu to adapt to radically different environments. But for the most part, the genes that came out of this analysis were exactly the kind of things we’ve seen elsewhere in human populations. In Bantu populations in East and West Africa, the greatest signal of evolutionary selection was in a cluster of genes that help the immune system identify pathogens (called the HLA complex).

In Western Bantu speakers, the second largest signal was found in a gene involved in mediating malaria resistance. In the east, the Bantu speakers came into contact with herd cultures, so there is a strong signal for selection at the gene that mediates lactose tolerance. In fact, it seems that lactose tolerance was introduced to Bantu speakers when they had children among the pastoral population.

Oddly enough, not much stands out – not even the HLA complex – within southern populations. The authors simply attribute that to “a different demographic and adaptive history,” but it’s an odd result that probably deserves more attention.

Finally, the authors compared their data to what we know about Africans who have experienced forced relocation: those currently living in North America who are mostly victims of the slave trade. African Americans typically inherit a genome that is about 75 to 80 percent African in origin. About 30 percent of those, the researchers found, originated near Angola, a core area of ​​early Bantu expansion. As mentioned above, Bantu in this region have intermixed with rainforest hunter-gatherer populations, and about four percent of their DNA is also found in African Americans.

The new work sheds light on one of humanity’s greatest migrations in the past. One of its clearest messages is that we can adapt to things like farming and living in radically different environmental conditions without the need for a lot of genetic changes. We mainly adapt with our brains rather than our genes.

But the paper also makes it clear how much we still have to learn about our past. Wherever the Bantu speakers went, they became intermingled with pre-existing populations in the area. Each of them, like the Bantu, probably also has a history of migration and interbreeding. We have only just begun to scratch the surface of our past in Africa.