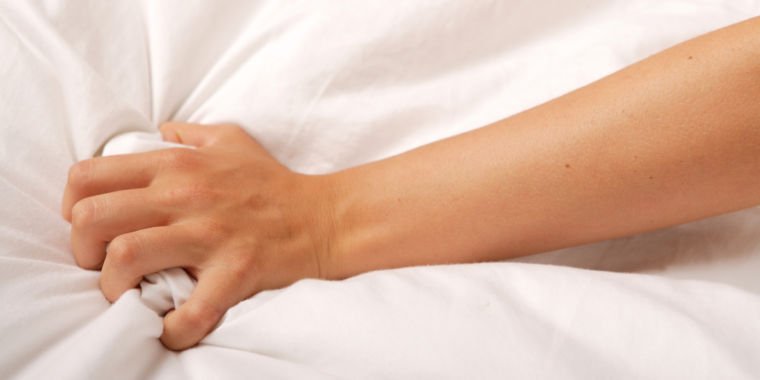 In the unspoken language of love, the face you make at the height of pleasure may have an accent based on where you come from.

People from West and East Asian cultures consistently had different ideas about what facial expressions indicate the moment of orgasm, researchers found in a study published Monday in PNAS. Specifically, Western participants expected wide-eyed and gaping mouths, while East Asian participants’ ideas culminated in a light smile with tight lips.

But unlike those cultural climaxes, the look of terrible pain had universal twists. Participants from both cultures recognized the peak of anxiety through inward-looking facial expressions, such as lowered eyebrows, wrinkled noses, and raised cheeks.

The researchers behind the study – led by psychologists at the University of Glasgow in Scotland – claim the new data challenges previous conclusions that faces of physical pain and sexual pleasure are indistinguishable. “This finding is counterintuitive, as facial expressions are widely regarded as a powerful tool for human social communication and interaction,” they note.

As their data comes to a head with different facial expressions, they speculate that culture-specific expectations of o-faces and p-faces may one day be useful to study human interactions. That nuanced expression could provide an intimate glimpse into our “complex social world and provide a richer, more accurate record of social communication.”

To get accurate representations of orgasmic and painful facial expressions, the researchers turned to mathematical modeling. They set up a dynamic facial movement generator that randomly selected a series of nuanced facial movements from a core set of 42. Those core movements included things like stretching a mouth, lifting eyelid, and dropping jaw. The researchers then displayed those random sets (including one to four facial movements) on a photorealistic face to produce quickie animations.

From there, the researchers mashed the results across the two cultural groups and released assembled facial models for orgasm and pained faces. They had 104 other participants (26 people of both sexes from each of the two cultures) looking through them. For this group, the models were each depicted on photorealistic faces of the same race as the participant, but of the opposite sex. The observers had to distinguish whether they thought the face represented pain or orgasm and how well it did on both. The modeled representations were effective, the researchers found: The participants consistently agreed on what looked like pain and what looked like pleasure.

With the participants’ confirmed representations of o- and p-faces, the researchers then compared how they differed — or not. They found that the pained models had similar inward-looking facial expressions, while the pleasure models were more culture-specific.

The authors speculate that those differences may be explained by culture-specific expectations and preferences for overt excitement and content tranquility. More specifically, they explain:

These cultural differences are consistent with current theories of ideal affect that Westerners value high arousal-positive states, such as arousal and enthusiasm, which are often associated with wide-open eye and mouth movements, while East Asians tend to have low levels of arousal. to appreciate arousal-positive states. , which are often associated with a closed-mouth smile.

They need more data to support that hypothesis and confirm their results. But, they add, with new technologies that decode facial movements, such data should be easier to obtain in the future.