How many electric cars can the grid handle? Depends on your neighborhood | Techilink 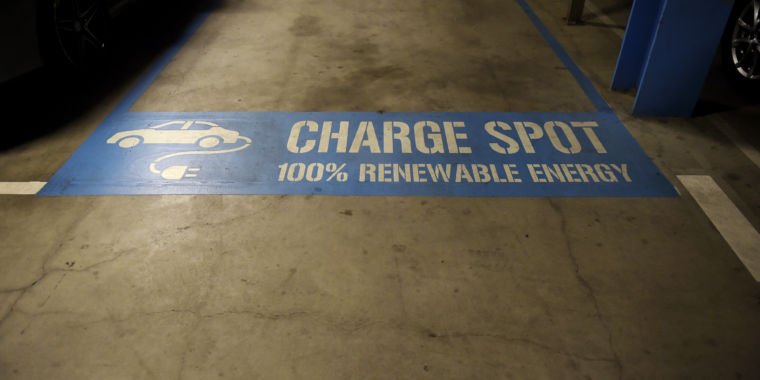 We all know what it’s like to demand more electricity than a system can provide. Toss some soup in the microwave, pop a pop tart in the toaster, plug in your straightener and get cracking! Suddenly you’re in the dark, looking for the control box to reset the blown fuse.

While that problem occurs on a small scale, utilities are working hard to ensure peaks in demand don’t affect normal large-scale network operations. And as more and more electric cars connect to residential garage systems, some experts have questioned whether the various grids serving our homes can handle the additional demand for energy.

In his research, Muratori estimated the effect of EV market share at various levels, from 3 percent to 100 percent. For context, the market share of electric vehicles in the US in 2017 was just 0.9 percent according to the International Energy Agency (PDF).

But even if the total number of EVs in the US remains low, a high concentration of adoption in specific neighborhoods could “significantly increase peak demand from distribution transformers” and “require upgrades to electricity distribution infrastructure,” the paper notes.

The problem gets worse when private drivers use Level 2 (240 volts) charging to refuel their cars. While level 2 charging is faster than level 1 charging (120 volts) (meaning cars don’t need to be plugged in for as long), the slope of power demand for level 2 charging is steeper.

Muratori simulated the changes in electricity demand using data from the US Department of Energy’s Residential Energy Consumption Survey. He selected 200 representative homes with 348 passenger cars in the Midwest. In all, the increased electricity demand was sustainable up to 25 percent EV penetration, as long as you only counted in terms of kilowatt-hours of electricity consumed and assumed that all charging happened overnight.

But as Muratori studied more local scenarios, the big question was more worrisome. The researcher simulated “a residential distribution transformer connected to six households” with a total of 11 vehicles. The transformer could handle up to six electric cars with level 1 charging, but the simulated transformer saw demand exceed its rated capacity once one electric car with level 2 charging was added to the neighborhood.

While electrical transformers are built to withstand such transient spikes in electrical demand, Muratori cites research showing that the expected life of transformer equipment “can decrease by two orders of magnitude when a transformer reaches ’50 percent above its rated capacity'”. Because it doesn’t necessarily have a blown fuse, the research shows that utilities may soon be faced with the choice of upgrading the equipment or replacing existing hardware more often.

Muratori’s paper only considered uncoordinated charging, but the researcher notes that one way to improve on this problem is smart charging. Smart charging would use a power management system that can time when an EV charges and modulate charging power accordingly. Within a demand response program, utilities can offer customers who are willing to participate in such a program cheaper charging, which would lower the total cost of ownership of the vehicle.

The growing number of EVs on the road can present both an opportunity and a problem for utility companies. First, increased demand for electricity is good for a utility company’s business. Small studies have also been done to model vehicle-to-grid (V2G) arrangements in which plugged-in vehicles can feed electricity back into the grid, either to stabilize it or to provide backup power if part of the grid goes down.

Making charging more widely available at utility locations can also contribute to this. If you can charge a little at work or in the store, you’ll need to charge less in your garage.