How humans survived in the barren Atacama Desert 13,000 years ago | Techilink 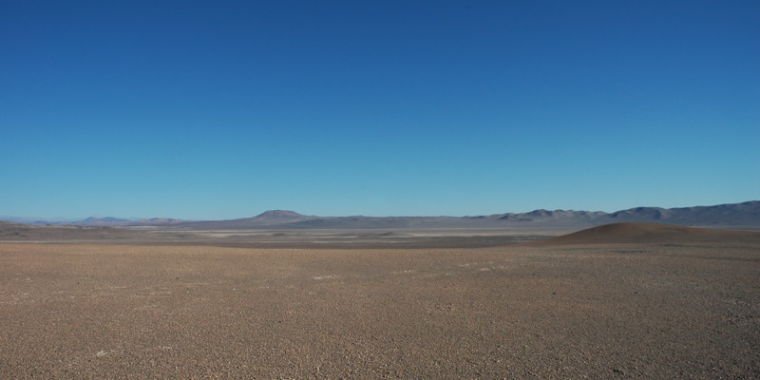 When humans first arrived in the Americas about 18,000 to 20,000 years ago, they traveled by boat along the coastlines of the continents. Many settled in coastal areas or along rivers that carried them inland from the sea. Some made it all the way to Chile pretty quickly; there is evidence of a human settlement there from over 14,000 years ago at a place called Monte Verde. Another settlement called Quebrada Maní, which dates back nearly 13,000 years, was recently discovered north of Monte Verde in one of the most arid deserts in the world: the Atacama, whose salt-covered sand repels even the hardiest of plants. It seemed like an impossible place for early humans to settle, but now we understand how they did it.

Speaking at this month’s meeting of the American Geophysical Union, UC Berkeley environmental researcher Marco Pfeiffer explained how he and his team explored the deep environmental history of the Atacama Desert. Beneath the desert’s salt crust, they found a buried layer of plant and animal remains between 9,000 and 17,000 years old. There were freshwater plants and mosses, but also snails and plants that like brackish water. It soon became clear that this land hadn’t always been desert — what Pfeiffer and his colleagues saw suggested wetlands fed by fresh water.

But where could this water come from? The high mountains surrounding the Atacama are a major barrier to rain-producing weather systems, which is partly why the area is lifeless today. Perhaps, they reasoned, the water itself came from the mountains. Based on previous studies, they already knew that rainfall in the area was six times higher than the current average between 17,000 and 9,000 years ago. So they used a computer model to figure out how all that water would have drained off the mountain tops to form streams and pools in the Atacama. “We saw that water must have accumulated,” Pfeiffer said. As a result, parts of the desert blossomed into a swampy ecosystem that could easily have supported a number of human settlements.

Indeed, Pfeiffer says his team has found evidence of human settlement in the surrounding plains of Atacama, which they are still investigating. Now that they understand climate change in the region, Pfeiffer added, it will be easier for archaeologists to explain the oddly large population in the area. Human history in America is not only the story of vanished peoples, it is also the story of lost ecosystems.