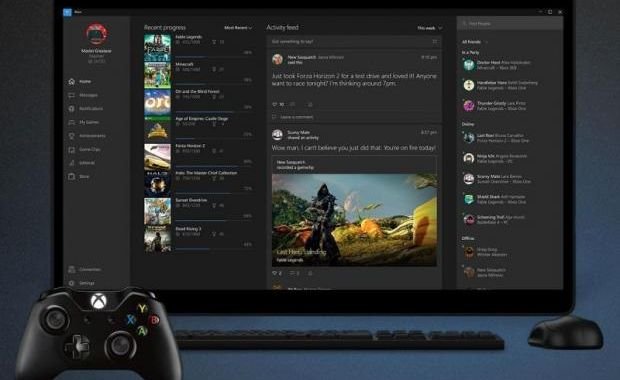 SAN FRANCISCO – A few months ago, Microsoft announced that the upcoming Windows 10 Creators Update (currently in testing phase) would include a new “Game Mode” that improves the performance of interactive titles running on Windows by at least a few percentage points. At this week’s Game Developers Conference, Eric Walston of the Xbox Advanced Technology Group explained a bit about how that Game Mode “will focus existing hardware on providing the best gaming experience possible.”

Currently, a Windows OS level game is just another process running at the same time. However, with Game Mode, Windows will isolate the CPU resources to be devoted exclusively to that gaming process and optimize the GPU to give the game as much attention as possible as well.

On the CPU side, Game Mode allocates a majority of the CPU cores to be used exclusively for the target game, so an eight-core system can get six gaming-specific cores when run in Game Mode ( depending on what other processes are running). The system then moves threads dedicated to other processes from those gaming-focused cores, reducing the thread conflicts between the different gaming process threads and improving performance.

On the GPU side, Windows already gives most of the processing time to the window that is in focus at any given point. In game mode, however, the system gives an even greater majority of GPU cycles to the running game, reducing the time available for everything else. Game Mode also gives a favorable GPU memory residence to assets associated with the game, resulting in smoother performance and the ability to render more detail on the same hardware, Walston said.

While the user has the final say on whether Game Mode is on or off, developers can use new internal features to check the system and determine whether it’s worth enabling Game Mode by default for their app.

Elsewhere in his speech, Walston also discussed more about the restrictions on developers looking to bring Universal Windows Platform (UWP) apps to the Xbox One. UWP, as you may recall, is the recent initiative that allows developers to code a single package that can be compiled and run on both Xbox and Windows platforms without modification, with full access to Direct3D 12 APIs.

Apparently, though, those apps have to fit into a pretty tight “app performance envelope” to run on the Xbox One. According to Walston, UWP apps and games can use only four of the Xbox One’s eight shared CPU cores, 50 percent of the system’s GPU power and only 1 GB of the 8 GB of system memory.

Those are pretty big limitations, and Walston admitted that “we know that won’t work for everyone” [Windows] game.” He added that the team is working hard to unlock more resources for UWP, promising a “developer beta” that includes experiments with unlocking even more Xbox resources for UWP games. those wanting to use the full power of the Xbox One will have to use an Xbox Development Kit for now.

Overall, though, Walston said the long-term goals remain to bring Windows and Xbox together as one platform. “When we add new features to Windows, they are carried over to Xbox,” he said. “[In 2017]continues to blur the line between console and PC… The dividing line between Windows and Xbox is increasingly becoming a gradient of features and functionality.”