How do you follow up on Pathfinder? Improve the game, don’t radically change the character |Techilink 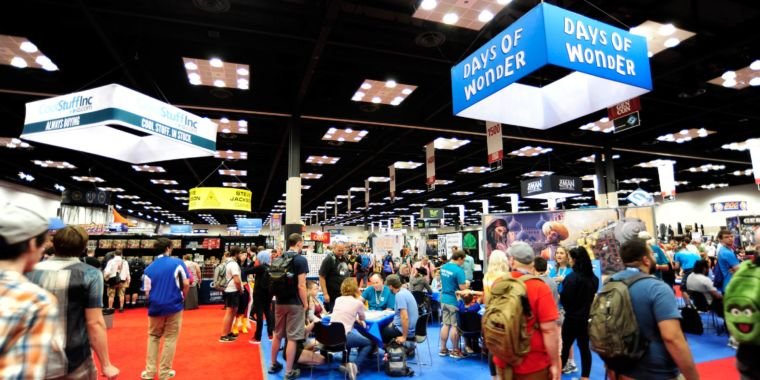 I am an avid player of Pathfinder The Role Play since the first edition debuted in 2008 at Gen Con, the great-grandfather of American table conventions. So since I was planning to attend Gen Con 2018 last fall, I had my sights set on one part of the program in particular. Pathfinder Publisher Paizo, Inc. launched a playtest for what will eventually be the second edition of their flagship title at Gen Con. I knew I wanted to be there.

Back then, the schema gods were smiling on me, and I was lucky enough to be able to play in some of those early playtest scenarios at the convention. I ended up playing all three playtest scenarios Paizo ran at Gen Con 2018, and shortly after that, I played and ran most of “Doomsday Dawn”, the mini-campaign the company released last August to complement the other playtest materials. have since followed and participated in Paizo’s massive months-long playtest.

This week, Pathfinder second edition is finally making its official debut, as Paizo will release the game to the public at Gen Con 2019 (Ars will be attending, so keep your eyes peeled). That means, as players count down these final days of play-testing, it’s time to share some observations and impressions from weeks after weeks of Pathfinder second edition reconnaissance.

Around Ars, we generally wait until the full release of a game before formally reviewing it. But given the hype and interest that has built up around it? scout over the past decade – and this extended near-year of playtesting – we can’t help ourselves. If you are looking for a detailed catalog and analysis of every mechanical difference between the first edition of scout and this recent playtest isn’t the overview for you though. Paizo design team almost touched each aspect of the game from my perspective. An in-depth analysis of that company’s business would be enormous (and would take many, a lot longer piece).

Instead, these are the thoughts of a long time scout player based on extensive playtesting, plus my hopes of what I’d like to see when I sit down at a table in the Sagamore Ballroom of the Indiana Convention Center on the opening morning of Gen Con to play my first official Pathfinder second edition game.

When faced with a sequel (especially for something as beloved as the original) scout), the name of the game becomes expectations. Is a new release “good” if it essentially mirrors its predecessor? What if it changes everything completely? The ideal answer probably lies somewhere in between, right?

Happy, scout players don’t have to engage in deep searching to set the table for this Second edition† In October 2018, Paizo came out publicly and explained his own hopes and dreams for a scout continuation. Designer Jason Bulmahn shared five goals for what Paizo hoped to achieve, and here are some of them paraphrased:

Paizo’s publicly stated ambitions provide some context for interpreting this lengthy playtest, and they make it a little easier to evaluate how successfully Paizo has or has not performed. While each of these aims undoubtedly promotes the development of Second edition, during the playtest I especially felt the influence of the first and fourth goals: to make the game easier while still targeting players who like the “crunch” (robust game mechanics for complex and highly modified characters or adventures); and reward specialization (both mechanical and narrative) with a system that lends itself to sharing the spotlight at the table.

Both goals seemed to be addressed directly in the rules of the playtest. Going deeper into each new line would take a much longer piece, but it’s worth highlighting the changes I think have been made to achieve those goals.

Easy to play, not “simple”

One of the ways that Paizo seems to have tried to make the game easier to learn and play is by “flattening” much of the math, reducing the number of calculations needed to determine the success or failure of a given action. determine a player’s character is reduced. In accordance with the spirit of being Dungeons & Dragons 3rd Edition DNA, first edition scout can sometimes require the addition of a whole host of modifiers to a die. But in the playtest ruleset, under most circumstances, a player will rarely stack more than four modifiers on a roll of the ancient icosahedron: perhaps their character’s level, their character’s skill bonus, a relevant skill score bonus, and then a possible fourth miscellaneous bonus (something like an item bonus or an indirect bonus).

Another important way the game was simplified during this playtest was to streamline the action economy during the “meeting phase”. Gone were the myriad of descriptive action types (e.g. free, standard, move, attack, etc.), and Paizo instead replaced those with a turn of three actions for each participant in an encounter round (both player characters and bad guys). Some activities have a single action, such as “step” (go at your character’s movement speed) or “slap” (make a single attack). Casting most spells and preparing an action to respond to a specific trigger are examples of activities that take two of your three actions. And while a single weapon attack is just one action, each character can perform iterative attacks with their remaining actions (with progressively steeper penalties, though different character specialization options can help lessen those penalties).

The playtest rulebook, and it is believed that the same will apply to the Second edition core rulebook, clearly labeled each activity it describes with helpful arrow icons to indicate how many actions that activity took when performed in the encounter phase. And during my playtesting, once everyone got used to this streamlined system, it significantly reduced the amount of time spent looking up whether casting a particular spell was a standard action or a full round action, or trying to remember as an item retrieved from a backpack was a standard action or a move action. Those kinds of things have long been the little details that even veteran scout players can forget about it, and in the past it would add up and inevitably slow down the fights.

So in some fundamental ways, Paizo really streamlined the game in a way that speeded things up and was fairly easy to learn with this playtest. Some of us veteran players naturally fell back into old habits and had to stop for a while, but any change inevitably comes with a period of adjustment. For newer players at our table without nearly two decades on Dungeons & Dragons 3rd Edition and first edition scout rules baked into it, these streamlined rules seemed relatively easy to pick up.

In other ways, however, the playtest made changes to core role-playing concepts that had remained largely unchanged since the introduction of the standardized d20 system in 2000 with Dungeons & Dragons 3rd Edition† Paizo has made relatively significant changes to the skill system, the way initiatives are sequenced, and the iconic criteria for critical success and critical failure.

While most d20-based games treat a “natural” result (i.e. before any modifiers are applied) of 20 or 1 on a 20-sided die as a critical success or failure, for example, scout playtest introduced a sliding scale. Any result that surpasses the target number (for example, an opponent’s armor class or a difficult class for a skill test or a savings roll) by 10 or more is now a critical success – with all the benefits that entails. Likewise, any result that misses the target number by 10 or more is now a critical error. In my experience, this has made many encounters more dynamic. With a moving range for critical successes and failures, it increased uncertainty with every attack and save throw. Both the heroes and the bad guys saw more critical results in both directions, and it was often less clear when that critical moment was about to happen. Things just got more exciting more often.