How are music festivals adapting to a pandemic? Of course they party in their place |Techilink 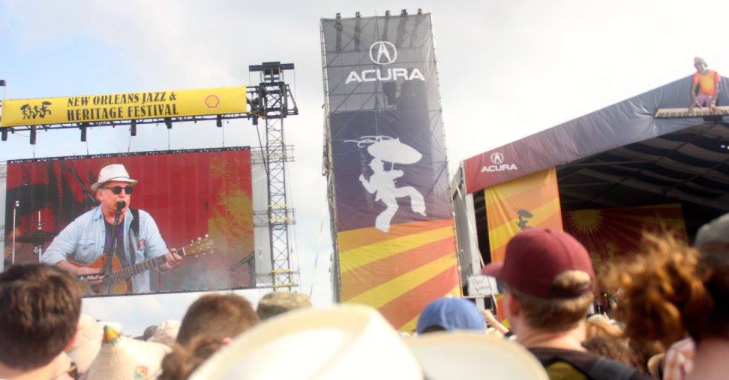 Like so many current realities, no one could have seen “musicians like the new Twitch stars” return in January. But in the early days of the COVID-19 pandemic, the music industry relied heavily on live streams—usually just one artist in a webcam-equipped room doing an acoustic performance.

In our ever-connected present time, it was the adjustment of least resistance. In the beginning it was something new to see artists like Death Cab for Cutie’s Ben Gibbard interact with fans in chat and take the occasional request. But this summer, longtime New York Times music critic Jon Pareles succinctly summed up the audience experience for this makeshift livestream era: “So much good intentions, so little joy.”

However, when the foundation of the music industry – concerts and music festivals – becomes impossible, what then? can anyone do? Drive-in shows have become a thing of late, but they can’t replicate the sheer size (number of artists, stages, or fans) of even the smallest American music festivals. Most events simply embraced the live stream, such as the annual counter-SXSW programming of Willie Nelson’s annual Luck Reunion festival that transformed into a coordinated series of home performances.

However, as it has been throughout history, the New Orleans music community had a different idea that would eventually spread around the world. This time it was about adapting the city’s beloved Jazz Fest for 2020.

Make use of the archives

Festing in Place – and the idea of ​​an archive, online music festival – was born out of a combination of necessity and preparedness. SXSW became the first major US music festival to be canceled in March due to the COVID-19 pandemic; Jazz Fest usually takes place from April to May. So while SXSW seemed to hold out hopes for an in-person experience until it got too late to turn around, community radio station WWOZ had already updated its daily activities for the possible arrival of this novel coronavirus when the news broke in Austin. Even more pertinently, WWOZ director of content Dave Ankers had already considered the possibility that Jazz Fest would follow in SXSW’s footsteps. And since WWOZ would normally broadcast all days from the fairground, the channel had to do it something.

Unconsciously Ankers had prepared for this. Two years earlier, he spent quality time with the collections of the New Orleans Jazz & Heritage Foundation Archive as part of a team that produced a five-disc set for Jazz Fest compilation with Smithsonian Folkways. So Ankers knew the kind of unique sets and wide range of recordings available down the street in the physical archive, and he started imagining putting together a schedule filled with Jazz Fest’s greatest hits.

I’d spent a lot of time in the Archives, sorting things out and sorting out what was in the collection. I was in a unique position to say, “I want this, this, and this for a broadcast”, and I knew some extra work would take to get the rights… So I thought, “I’m going into this idea my back pocket, I’m going to plan it.” I even remember bridging the conversation at the station: “I don’t know what’s going to happen and I don’t want to alarm anyone, but if Jazz Fest doesn’t go through, there’s something we can do – I’m the station’s liaison with the Jazz & Heritage Foundation , and we can put together a special broadcast.”

The concept was simple: if a proper Jazz Fest couldn’t take place, Ankers wanted to broadcast a multi-day event built entirely from notable archive performances from the festival. This theoretical event would be structured to mimic the experience of the Jazz Fest. It would cover genres from Zydeco and Jazz to Gospel and Pop. It would perpetuate the traditions of the Jazz Fest such as the Second Line parades in the afternoon or local legends such as the Neville Brothers or Trombone Shorty occupying weekend closings. It would highlight some of the biggest names to have ever played at the festival: Ella Fitzgerald at one of the first events, Bruce Springsteen at the first party after Katrina. And, crucially, this would be a event: Performances would be scheduled for a specific day and timeslot, giving listeners something to look forward to and giving the whole thing a little bit of ephemerality to make it feel special (unlike any kind of live performance you get queue on Spotify or revisit on Facebook Live anytime).

Soon, WWOZ formally teamed up with their neighbors at the Jazz & Heritage Foundation Archive (archivist Rachel Lyons became a co-producer of events). The plan went ahead, as Ankers recalls:

I said, “We’re going to recreate the festival, so to speak. It’s going to feel like you’re there the same hours every day.” But Beth [Arroyo Utterback, WWOZ’s general manager] came up with the name – it’s a term her parents used. They didn’t go every year as they got older, but they did listen on WWOZ. “We’re not going, we’re partying!” And it took quite a while.

The interest of listeners turned out to be significant† Ankers says WWOZ’s busiest day is typically on Mardi Gras, when the number of streams is four times greater than the daily average. But within minutes of the 11am start on day one of Festing in Place in late April, things had already surpassed Mardi Gras.

“In 10 minutes, we had four times as many Mardi Gras listeners — and that meant reaching the capacity of our streaming service. We all started looking at each other, ‘We’ve created a monster,'” says Ankers. “Obviously, nobody in New Orleans had any problems with the FM feed. But our streaming service had problems right at the peak of the day – a performance by Ella Fitzgerald and Stevie Wonder. So folks outside of New Orleans don’t hear about that first.” (Don’t worry: Ankers graciously played that historic set to close out the first day after the initial technical glitches.)

Like many radio stations nationwide, WWOZ relies on a content delivery network (CDN) company called StreamGuys to enable online listening. After WWOZ employees got them on the phone in a panic, StreamGuys came through – the radio station had quickly increased its capacity to handle 50,000 concurrent streamers, which proved to be enough to support the Festing in Place swell. “By the end of Festing in Place, we had 32 times our daily audience on the stream,” says Ankers. “We felt like we had taken over the city.”