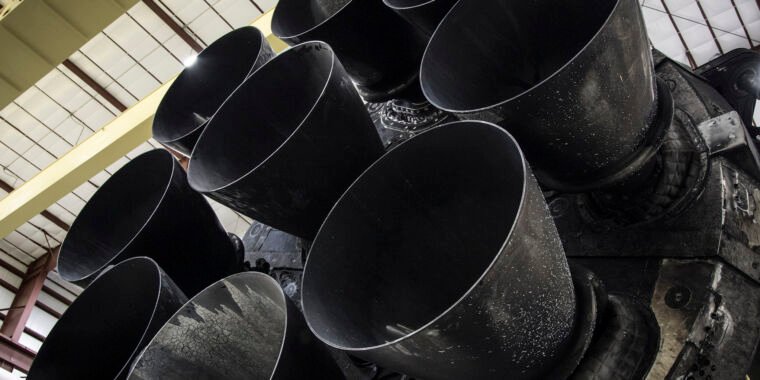 NASA and SpaceX confirmed on Wednesday that they are targeting Nov. 14 for the launch of the Crew-1 mission that will take four astronauts to the International Space Station.

Originally scheduled for a Halloween launch, NASA delayed the launch after an engine problem aborted an October 2 launch attempt of a Falcon 9 rocket at T-2 seconds with a US Air Force GPS III satellite.

During a conference call with reporters on Wednesday, SpaceX’s Hans Koenigsmann explained what happened with the October 2 launch abort and what has been done to address the issue going forward.

Two of the rocket’s nine first-stage motors ignited early during the launch attempt in early October, causing an automatic shutdown of the motors. (If the abort hadn’t been activated, probably nothing bad would have happened, but Koenigsmann said that in certain extreme scenarios, the rattle of an early ignition could cause significant damage to the Merlin engines.)

SpaceX engineers removed the two engines and shipped them from Florida to the company’s test site in McGregor, Texas, where they were able to replicate the problem. They found that a relief valve in the gas generator — a small rocket inside the engine that starts and powers the machines — was clogged with a masking varnish that resembles nail polish. They were able to show that removing the paint from the vent hole allowed the engines to start normally.

This lacquer is applied during an anodizing process to treat aluminum parts of the gas generator. It would then be removed, but in the case of these two engines, a small amount of the material was trapped in a borehole less than 2mm in diameter.

“So it was a really great find in that sense and allowed us to fix something that’s very subtle, but could clearly have a negative impact on the engine’s performance,” Koenigsmann said.

After this, SpaceX inspected other engines in its fleet (the company only inspected new boosters, since Falcon 9 first stages that have already flown are not subject to this problem). SpaceX discovered that two of the engines of the Falcon 9 rocket that will be used to launch Crew-1 also had this problem. Those two engines are now being swapped out for new Merlins.

If all goes according to plan, SpaceX will launch two new Falcon 9 first stages ahead of Crew 1: the GPS III mission on Nov. 4 and the Sentinel-6 mission for NASA on Nov. 10. Provided those launches go well, NASA is likely to stick to the November 14 date for the Crew-1 mission that NASA astronauts Michael Hopkins, Victor Glover and Shannon Walker, along with Japan Aerospace Exploration mission specialist Soichi Noguchi Agency, to the International Space Station. Their Crew Dragon was set to meet with the space station approximately 8.5 hours after launch at 7:49 PM EST (00:49 UTC on Nov. 15).

This paint issue came as a surprise, as SpaceX has launched literally hundreds of new Merlin 1D rocket engines over the past decade and hadn’t seen this problem with the masking agent until now.

“It’s certainly possible we had cases of them before, and they were noticeably so harmless that we missed them completely,” Koenigsmann said. It is also possible that a minor process has been changed so that not all of the paint has been removed as this particular treatment is performed by a third-party supplier. But, he admitted, “It’s hard to explain how this works for so many years and then you suddenly see this show up in the data.”

What Koenigsmann seems confident in is that the problem will not recur. The company’s engineers now understand, know how to look for it and won’t be surprised by it anymore. “Rocketry is tough and requires a lot of attention to detail,” he said. “It’s always a challenge. It’s always difficult. You have to be sharp to get this right.”