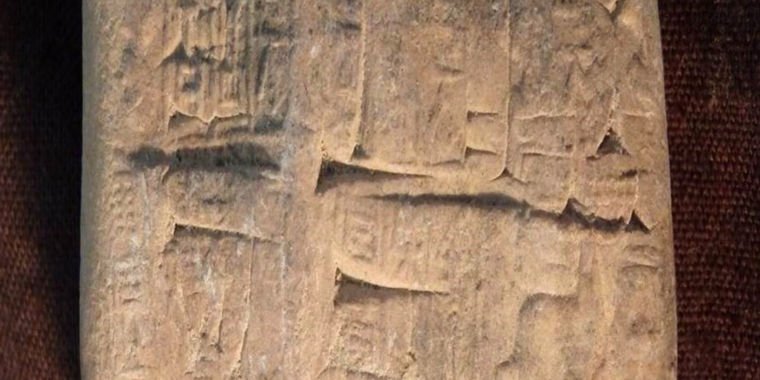 Hobby Lobby, the American craft company known for its pro-Christian branding, apparently has a side interest in smuggling rare archaeological artifacts.

The company made headlines when it won a Supreme Court case arguing that, according to the ACA, the family business should not pay for contraception for employees because it violates the owners’ religious freedom as Christians. Apparently, their Christian values ​​didn’t extend to concerns about smuggling rare artifacts from the dawn of Western civilization.

After a multi-year investigation by US Customs and Border Protection agents, the US District Court for the Eastern District of New York indicted Hobby Lobby for nearly a decade of smuggling activities. The company has agreed to pay a $3 million settlement and return more than 5,500 artifacts.

For the past eight years, Hobby Lobby has negotiated with several Middle Eastern antique dealers to gain access to thousands of rare stone tablets covered in cuneiform writing. Cuneiform was common in the Mesopotamian region during the Bronze Age and was a combination of phonetic symbols, such as letters, and ancient Egyptian-style pictographs. Although cuneiform was used to record many languages ​​and dialects, our first examples date from about 5,000 years ago in Sumer.

Because cuneiform was the first written language in the West, each copy represents a valuable cultural artifact that is virtually priceless. Strict laws regulate the export of these types of antiquities as many have been looted from protected archaeological sites.

Hobby Lobby president Steve Green collected cuneiform tablets and related items because he thought they were from the “biblical era”. Ironically, most cuneiform writing originated in cultures that had nothing to do with Judeo-Christian beliefs. Some, such as the Assyrians, were actively hostile to the tribes whose descendants became part of the Judeo-Christian tradition. A cuneiform artifact from 690 BCE, the Sennacherib Annals gleefully records the Assyrian destruction of Jerusalem in pretty eerie terms. But most cuneiform includes everyday accounts of business deals, farmland use, building plans, and local laws.

It’s clear that Hobby Lobby executives tried to secretly import the tablets because they were shipped with false documentation claiming they were “ceramic tiles.” As the US District Court put it in a release:

With permission from Hobby Lobby, a UAE-based dealer shipped packages containing the artifacts to three different business addresses in Oklahoma City, Oklahoma. Between one and three shipments arrived at once, without the required customs documentation having been submitted [US Customs], and carried shipping labels that falsely and misleadingly described the contents as “ceramic tile” or “clay tile (example)”. After approximately 10 packages shipped in this manner were received by Hobby Lobby and its affiliates, [US Customs] intercepted five shipments. All intercepted packages had shipping labels falsely stating that the artifacts’ country of origin was Turkey.

Green, the president of Hobby Lobby, had even been warned by a lawyer in 2010 that he was at risk of purchasing looted artifacts. But Green decided to buy them anyway. He claimed he intended to display the tablets at some point. It’s not clear if he had any idea what the tablets contained or if they were relevant to Christianity in any way (probably not, since the very last example of cuneiform we have is only a few decades later). the death of Christ).

After paying the $3 million settlement, Green released a statement saying he was “new to the world of acquiring these items and did not fully understand the complexities of the acquisition process.”