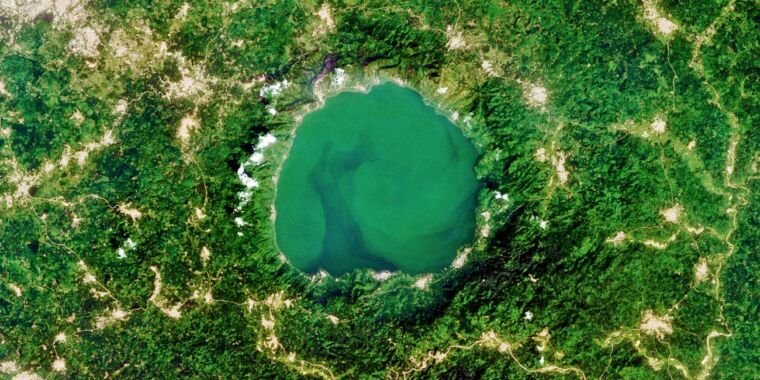 A year ago, NASA embarked on a journey to send humans back to the moon for the first time since the Apollo program. The White House has commissioned NASA to land astronauts at the south pole of the moon by 2024. Only recently, in February, did the space agency put a price on this Artemis Moon plan: $35 billion over the next five years from its existing budget.

Since then, of course, the world has been turned upside down. In the weeks since NASA released this cost estimate, the threat of COVID-19 has engulfed debates about space budgets or policy issues. In addition, most of the space agency’s major hardware development programs for the moon landing have been temporarily halted. And the truth is, no one knows what kind of economy or federal budget will emerge on the other side of this pandemic.

So during this lull in government space activity it might be worth asking, is the moon worth it?† Certainly for a large part of the human space community, the moon is the next logical step. It provides a nearby place to test our ability to fly humans beyond low Earth orbit and the next frontier for human economic activity in space.

On the other hand, $35 billion over five years is a lot of money. Instead of speeding up a human landing on the moon by a few years — and there’s no guarantee Artemis will succeed — NASA could accomplish other interesting and useful things.

To find out what we could do in space instead, I reached out to followers on Twitter and received hundreds of suggestions† From this, I’ve broken these myriad proposals down into 10 different “big ideas” that represent alternative approaches to exploration from NASA’s mostly traditional Artemis program. Under each category, for additional context, I’ve included links to individual suggestions that broadly fall into that area for additional context.

Find, bend or mine asteroids

In study after study, protecting Earth from deadly asteroids has consistently been at the top of NASA’s public priorities. In recent years, however, NASA has spent less than 1 percent of its budget tracking and characterizing dangerous objects in space, or about $150 million a year.

Recently, the space agency proposed building a $600 million NEO surveillance mission to detect 65 percent of undiscovered asteroids 140 meters or larger near Earth within five years, and 90 percent of those within 10 years. With more money, NASA could build a second space telescope and supplement it with ground-based observatories.

At the same time, the space agency could also do more missions, such as the Double Asteroid Redirection Test to study the deflection of potentially threatening asteroids.

Finding and deflecting dangerous asteroids for the next century would cost significantly less than $35 billion. With the extra money, NASA could fund more missions to see how rare metals and other precious resources are extracted from it, which it is already doing in a limited way with the planetary science missions OSIRIS-REx, Psyche and Lucy. The rare metals on asteroids are valued in the trillions of dollars.

By better characterizing asteroids and conducting missions to test if they work on them, NASA could lay the groundwork for commercial development of asteroids and for building alien mining industries. By doing so, the space agency could save Earth from strip mining and other activities that harm the environment, in addition to preventing a global catastrophic impact.

In recent decades, NASA has arguably gotten the most bang for the buck from a succession of planetary missions that have explored all the planets in the solar system and many of their moons. Thanks to Voyagers, Galileo, Cassini, New Horizons, half a dozen landers on Mars, and a fleet of other spacecraft, we’ve learned so much about the worlds around us.

Perhaps NASA should redouble these efforts to answer fundamental questions, such as whether life exists elsewhere in our solar system today or whether it ever existed in the past. With $35 billion, NASA could launch flagship missions to the planets Uranus, Neptune, Pluto and Venus, as well as intriguing moons in the outer solar system such as Triton, Titan, Enceladus, Europa and more.

Alternatively, planetary scientist Doug Ellison suggested that NASA could fund the dozens of Discovery and New Frontiers-class missions that made it to the first round of the competition, but ended up not being funded for flights due to limited resources. Even if this happened, NASA would still have about $20 billion left.

The bottom line is that instead of sending a few people to the surface of the moon, NASA could provide a comprehensive picture of our solar system over the next two decades through the use of robotic explorers.