Heat can kill and we turn up the thermostat | Techilink 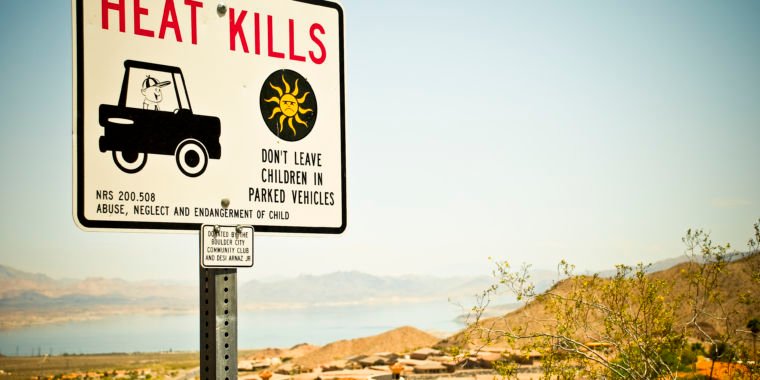 It’s the season for northern hemisphere heat waves, as people across Europe and parts of the western US were reminded this week. Besides providing weather to complain about — seemingly a necessary part of human communication — heat waves can be downright deadly. The 2010 Moscow heat wave (combined with thick air pollution from associated wildfires) caused thousands of deaths.

The stress of extreme heat on the human body is real. While most of us don’t see these conditions too often, they do occur today. And that means our warming climate will make them more common. But how often will that be?

Accurately evaluating this risk is not easy, as global data on deaths from heat waves is not very good. But a group of researchers led by the University of Hawai’i at Camilo Mora in Mānoa took the plunge and collected more than 900 studies covering 784 heat waves in 36 countries.

The first step was to analyze the weather conditions in each case to identify the point at which the health impact becomes serious. To do this, they compared weather variables during those heat waves to some randomly selected times when the same locations were free of heat-related fatalities. That enabled them to define hazard thresholds based on temperature and relative humidity.

Your body loses the ability to dissipate heat to your environment once that environment approaches body temperature — about 98°F or 37°C. Humidity has a lot to do with it, because your ability to cool down through sweat depends on the ability of your sweat to evaporate. At high humidity, sweating becomes much less effective, which can cause you to overheat even if the air temperature is slightly below body temperature.

The researchers then looked at how often these thresholds are crossed around the world. In the year 2000, for example, about 13 percent of the Earth’s land surface — and 30 percent of the human population — experienced 20 days or more of weather above the danger line. This mainly happened in the tropics, including India and Southeast Asia.

They then applied the same analysis to global warming projections for different scenarios of greenhouse gas emissions. Due to rising temperatures, by 2100 we will only be able to choose between ‘more of this’ and ‘much more of this’. In the best-case scenario with the most aggressive emission reduction, warming is limited to just under 2°C above pre-industrial times. Even there, we would expect the share of the population experiencing dangerous heat to rise from 30 percent to 48 percent.

And in a scenario where emissions continue to rise unabated, nearly half of the Earth’s land area and three-quarters of the population would exceed the hazard limit for 20 days or more per year. While the tropics generally warm less than higher latitude regions, they are also closer to the heat threshold – for much of the year. Areas in the humid tropics would exceed that limit almost every day. In this scenario, a huge part of the world, from latitude 40 degrees north or south, would cross the threshold about 60 days a year. That would include all of Africa and Australia, and everything in the US south of New York City. (To see for yourself, check out this interactive map of the study’s results.)

This is another example of the fact that raising the average global temperature by a few degrees Celsius (more than 4°C in the case of that high emissions scenario) is significant and dangerous, even if it doesn’t sound like much for you.

These hot conditions may be even more concerning in light of other trends: urbanization and population growth in the tropics, and the increasingly aging segment of the population, which is at greater risk. The researchers conclude: “Our paper emphasizes the importance of aggressive mitigation to minimize exposure to deadly climates and highlights areas of the planet where adaptation will be most needed.”