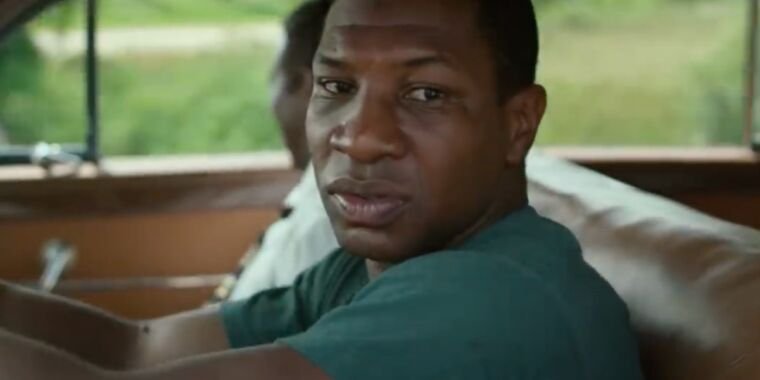 With impeccable timing, HBO has released a new trailer for its upcoming horror series, lovecraft country† The series is based on Matt Ruff’s 2016 dark fantasy/horror novel of the same name, which explicitly deals with the horrors of racism in the 1950s, along with other more supernatural issues.

As we previously reported, Ruff also found inspiration in a 2006 essay by Pam Noles describing what it was like to be both black and, well, a hardcore nerd. lovecraft country is a gripping, extremely powerful read, which is why it was one of my picks for the Ars Summer Reading Guide. The book’s protagonist is Atticus, a black veteran of the Korean War and a science fiction fan, who takes a perilous road trip from his home on the south side of Chicago to a small town in rural Massachusetts. He searches for his estranged father, who apparently disappeared after meeting a well-dressed man driving a silver Cadillac.

Atticus’ Uncle George and childhood friend/colleague sci-fi fan, Letitia (aka Leti), join the ride. Of course, as their journey is inspired by Lovecraft, they encounter all sorts of arcane rituals, magic, shape-shifters, monsters and some alternate reality. HBO seems to be staying pretty close to the novel, if the official synopsis is any indication:

The series follows Atticus (Jonathan Majors) as he takes his friend Letitia (Jurnee Smollett-Bell) and his uncle George (Courtney B. Vance) on a road trip through 1950s Jim Crow America in search of his missing father ( Michael Kenneth Williams). This begins a struggle for survival, overcoming both the racist horrors of white America and the terrifying monsters that can be ripped from a Lovecraft paperback.

The first trailer came out last month, which essentially illustrates that premise and introduces us to the three main characters as they head out on their road trip. But we didn’t get much detail aside from dimly lit shots of monsters on the attack and a few short Jim Crow-era scenes of escalating racially charged violence.

This latest trailer fills things up a bit more and really captures the overall flavor and tone of the series. We open with Atticus and Letitia walking down a country lane, as he gets poetic about his love of stories. “Heroes embark on adventures in other worlds, defying insurmountable odds,” he says, as we get a quick flashback of him as a soldier on the battlefield. “Stories are like a living being.”

We learn about the letter Atticus received from his missing father: His father writes that he has a secret birthright that has been kept from him, in Lovecraft Country. Uncle George, publisher of a “safe travel guide” for black people traveling across the country, charts their route but warns that he has heard strange stories of travelers being attacked in the surrounding forests. Cut to a night scene in the woods, and an eerie black mass rushing across the ground towards the trio.

Their journey takes them through cities where the white people really don’t like ‘outsiders’, and they encounter a lot of racial violence, from civilians and the police. But there are also horrific monsters lurking in the dark. “I know we all have to go through trials and tribulations,” prays a terrified Letitia as she takes refuge in a church. “But this world haunts us.” Yes indeed.

There is no official premiere date yet, but lovecraft country will air on HBO in August. The events of the past week and the ongoing protests should be proof enough that the topic and themes the series will explore will remain as relevant as ever.