Have we finally seen a medium-mass black hole? | Techilink 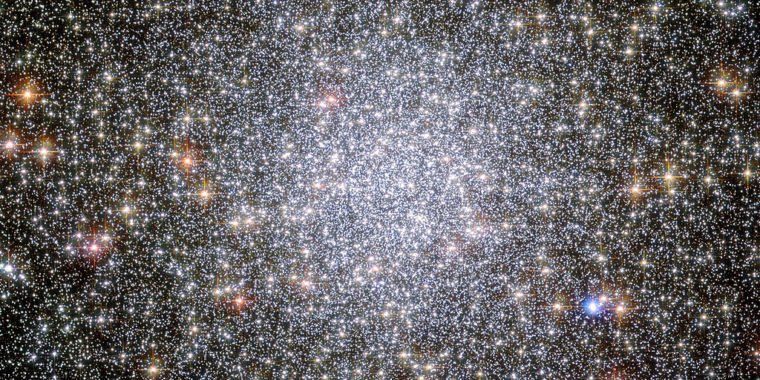 A team of researchers has found evidence of a medium-mass black hole, one whose mass falls between the remnants of exploded stars and the supermassive giants found at the centers of galaxies. While a number of objects have been put forward as medium-mass black holes over the years, we have never definitively identified any.

Black holes can theoretically exist with any mass – there’s no limit to how big or small a black hole can be. In practice, however, they must be made by a natural process (so far the Large Hadron Collider does not seem to make any). Stellar-mass black holes, the most common type, are formed in the wreckage of collapsed stars, and most have only a few times the mass of the Sun (solar masses). At the other end of the scale are supermassive black holes, which usually have hundreds of thousands or even millions of solar masses. They are located in the cores of galaxies. Although we are not clear how they originate, their existence is not in question.

There is a large gap between stellar mass and supermassive black holes, or between about 100 and 100,000 solar masses. While we’ve never confirmed the existence of anything in that rift, medium-mass black holes, such as globular clusters, are expected to exist in certain environments.

Medium-mass black holes are expected to form in regions densely packed with stars. For that reason, observing campaigns have focused on globular clusters, which are rich in stars, to look for evidence of intermediate black holes. The candidates they’ve turned up so far have been extremely faint and their identities questionable: the medium-sized holes are expected to produce a high ratio of X-rays to radio wave emission, and these candidates don’t.

One such system is located in 47 Tucanae, the second-brightest globular cluster in the night sky, about 16,700 light-years away. Researchers have previously looked for a black hole there and found no evidence for it. Those studies put an upper limit on the size of 47 Tucanae’s black hole: about 2,060 solar masses. If 47 Tucanae has a black hole, it’s smaller than that.

The current team has now found evidence for a medium-mass black hole in 47 Tucanae, weighing between 1,400 and 3,700 solar masses. This range corresponds to the previous limits. Oddly, the hole doesn’t consume much matter, despite being submerged in a dense globular cluster that should provide massive amounts of fuel.

Because of its scarce diet, the black hole does not emit enough radiation to be detected by conventional means. Instead, the researchers had to detect it indirectly by observing the motions of other objects in the cluster, such as stars and pulsars. The more massive stars in a star cluster tend to fall toward the center. This is similar to how when several substances are mixed in a cup, the closest one sinks to the bottom. But with the presence of a medium-sized black hole, this process can be interrupted.

As the stars migrate inwards, they encounter the black hole, which scatters them out again. That way, the black hole’s influence can extend far into the cluster, beyond its immediate sphere of interaction. This process also affects pulsars in the cluster. Pulsars are extremely dense neutron stars that emit radiation mainly from their magnetic poles in a focused beam, somewhat like a lighthouse. 47 Tucanae has about 25 pulsars that complete a rotation in milliseconds, and their motion should be influenced by the presence of the black hole.

By comparing measurements of the pulsars with computer simulations with and without intermediate black holes, the researchers concluded that the black hole scenarios are significantly more likely.

If so, this could mean that the Universe is home to many more medium-mass black holes in globular clusters, but they are invisible to us. This explains why they have not been found so far, while this work shows that they can be discovered indirectly by investigating the motion of stars in globular clusters.

If a population of these objects exists, the researchers suggest it could explain the formation of supermassive black holes. If the medium-mass holes form soon after the birth of a globular cluster, clusters in the galaxy’s core could become the germ of a supermassive black hole. A black hole in such a matter-rich environment can grow rapidly, fueled by stellar winds and random collisions with other objects.

As for why the intermediate hole in 47 Tucanae doesn’t consume much matter in its dense globular cluster environment, many factors may contribute. Stellar winds could blow incoming matter out of the hole, and the light beams from the star cluster’s pulsars could help clear the area. As a result, there may not be much matter near the black hole.

While many questions remain, this study is certainly a milestone. It’s the first time researchers have found strong evidence for the presence of a medium-mass black hole, giving us a whole new class of objects to study.