Hanging by a thread: how the online nerdy T-shirt economy exists in an IP world |Techilink 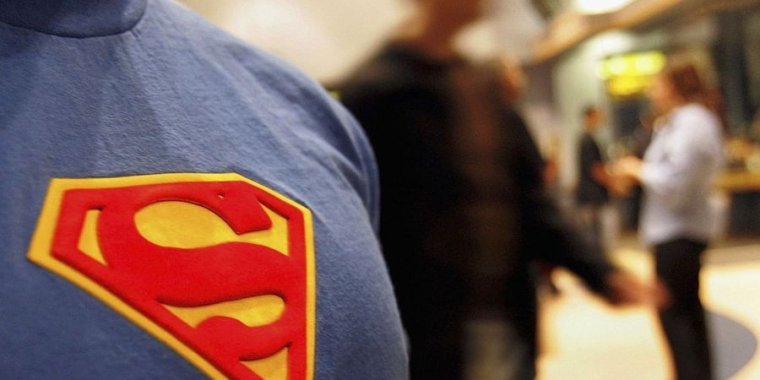 Almost everyone has at least one. It can be buried in the back of a closet or crammed into a pile, forgotten. It might even cling to your back now and fit you into, well, a T-shirt.

The humble T-shirt has been a staple of everyday life for what feels like forever, and the internet has only increased humanity’s fondness for it.

All over the modern internet, countless T-shirt websites cater to every geek niche and pop culture. Google just about any interest you can have – from Super Smash Bros. to antique ships from the Second World War, Star Wars to Shih Tzus – and there’s a shirt waiting to be bought. These communal clothing companies regularly mix and mingle properties, bringing together angles of pop culture that may have never crossed before to create a unique statement of fandom. Often all that effort goes for a shirt that is only on sale for one day.

But how exactly can a Link cycling shirt exist alongside Batman and Harley Quinn in a world of DMCA takedowns, cease and desist letters and strict IP enforcement? Where do these designs come from and how can the sheer mass of these T-shirt sites all operate successfully? When it comes to the internet-based economy of pop culture T-shirts, a few loose threads turn out to hold the entire landscape together.

A trio of business lines

The daily dose of RIPT

Founded in 2009, Chicago’s RIPT Apparel is one of many sites that offers daily T-shirt deals (currently there are three) for a limited time on top of hosting other collections. Currently, RIPT’s revenue exceeds $4 million per year.

The RIPT process for on-site designs is common in this industry: artists submit ideas directly. The company’s three partners then choose from the roughly hundreds of weekly submissions to land on which designs will be sold to the public.

“With the daily model, you can’t carry any inventory at all,” said Matt Ingleby, CEO and one of the founders of RIPT Apparel. “The designs that we sell, we print after they’re sold…and actually for me, being in supply chain management, that was the holy grail of all businesses. If you can run a business that doesn’t require you to keep inventory, then you’re worth gold.”

The submission review process means that someone at RIPT has seen a design before it is posted on the site. But again, like other shirt sites, the RIPT team wasn’t made up of legal experts. For that side of things, RIPT Apparel has sought legal help from the outset to get an idea of ​​what offering can be legally considered in complete clarity.

“When we first started out, we were actually working with an IP attorney (intellectual property attorney), and any submission we liked that we wanted to print, we forwarded it to them for legal review,” says Ingleby. “And after we did that for about six months… they kind of gave us a description of why a design was legal or illegal to use. And after looking at those for about six months, we felt like we had a pretty good sense of the legality of designs.”

Still, RIPT does get a few takedown requests from the Digital Millennium Copyright Act each year. These remain things they “handle immediately,” says Ingleby, by adhering to the guidelines RIPT’s IP attorney helped establish. In general, these are intended to make any RIPT design fall under parody and fair use guidelines.

As for why these products are as successful as they are — $4 million a year isn’t a big change — Ingleby says he thinks it comes down to how the designs can bond with consumers, even if they aren’t understood by everyone.

“They feel like they’re buying a shirt that doesn’t have that much appeal,” Ingleby says. “And I also think… then they feel like when they see someone, you know, walking down the street, and that person understands their shirt or understands the joke that the two different properties are being mashed together and why that’s funny is, I think… it makes them feel like they belong. And it also says something about who they are. I think customers like to know that maybe 75 percent of the people watching them don’t idea what’s on their shirt.”