Hamilton is coming to Disney+ a year early, just in time for the Fourth of July |Techilink 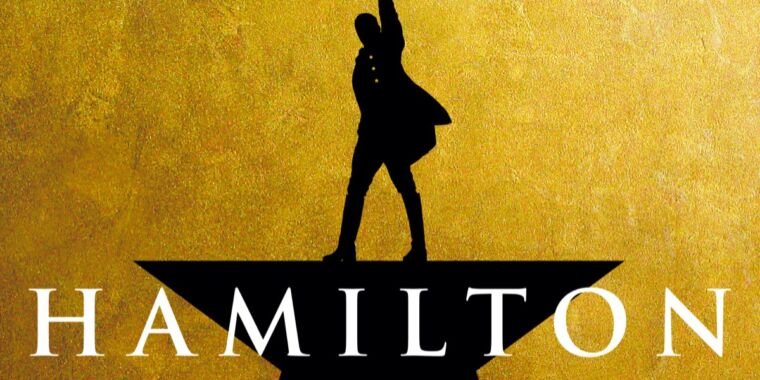 Arise and rejoice, Hamilton fans, as the filmed performance of the blockbuster Broadway musical comes to Disney+ a year earlier than expected, just in time for the Fourth of July festivities. It’s an unusual move for the Mouse House, which paid a whopping $75 million for the worldwide rights in February and originally set a theatrical release date of Fall 2021. But with the pandemic closing so many cinemas and theaters worldwide, Disney is clearly betting on its wildly successful streaming service (which has just passed 50 million subscribers) to recoup its investment.

“No other artistic work in the past decade has had the cultural impact of Hamilton– an inspiring and captivating story told and performed in a powerfully creative way. In light of the extraordinary challenges our world faces, this story of leadership, tenacity, hope, love and the power of people to unite against the forces of adversity is both relevant and impactful,” Bob Iger, executive chairman of The Walt Disney Company said in a statement. “We are excited to bring this phenomenon to Disney+ on the eve of Independence Day, and we have the brilliant Lin-Manuel Miranda and the team behind Hamilton to thank us for being able to do this more than a year ahead of schedule.”

For those who inexplicably missed the Hamilton juggernaut of recent years, it is the creation of Lin-Manuel Miranda (In the Heights), who was inspired after reading Ron Chernow’s 2004 biography Alexander Hamilton† The musical follows the highlights of the founder’s colorful life in two acts, with music that skilfully blends a wide variety of styles: hip-hop R&B, traditional show tunes, pop and soul. (The rap-based “Cabinet Battle #1” and “Cabinet Battle #2” are instant classics; in fact, the entire original cast recording will have you humming the tunes for weeks.)

Secure, Hamilton took some historical liberties here and there for narrative and thematic purposes, but Chernow served as a historical advisor while Miranda was developing the musical, so the broad strokes are all intact. The musical premiered on Broadway in July 2015 and officially opened on August 6 of the same year, to near unanimous critical acclaim. Since then, it has broken box office records.

The 2-hour, 40-minute “live capture” film was shot two weeks before the original cast departed, in June 2016. According to Deadline, “director Tommy Kail directed both the stage version and the film, which consisted of shooting three live performances. , as well as some setup shots without an audience. All the footage was used to create multiple angles, to ensure the cinematic nature of the event, without a bad seat in the house.”

The real question is whether Disney+ will choose to blow off the production’s occasional f-bombs, as the platform thought it was necessary to add CGI hair over Daryl Hannah’s ass when it started streaming. Splash, among other operations. But apparently Miranda thinks that’s okay herself, per New York Times pop culture reporter Kyle Buchanan, who said on Twitter That he had asked Miranda about it on the red carpet of the Oscars in February.

“If we have to mute a word here or there to reach the largest audience possible, I think that’s okay because your kids have already memorized the original language,” Miranda told Buchanan† “I don’t think we’re depriving anyone of anything if we mute an f-bomb here or there to make our assessment.” There’s always the original soundtrack from the cast recording if you really want to indulge in a few extra curses.