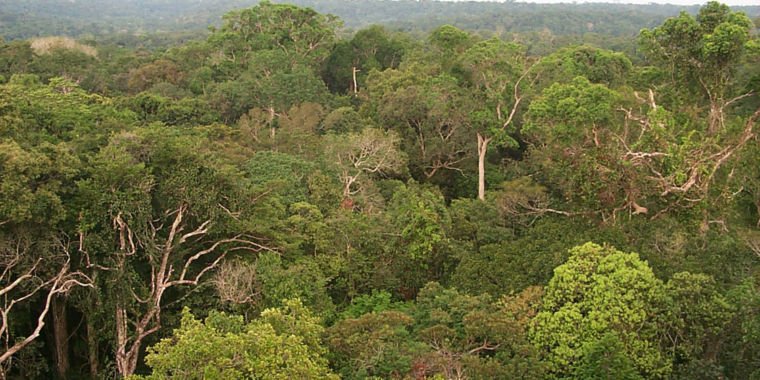 Industrialization and urbanization have dramatically changed the face of our planet and the number of pristine natural habitats for wildlife is diminishing. Conservationists are trying to understand the remaining biodiversity to create sanctuaries that preserve it. One of the challenges they face is how to make connections between information derived from different methods of evaluating life on Earth.

One approach to obtaining data on biological diversity involves inventories of species in the field. Another evaluates ecosystem processes by dividing the Earth into categories based on vegetation (e.g., forests or grasslands) and then analyzing properties of that category’s plant life. But critical information is often overlooked when only one method is used.

But these two types of inventories are actually interrelated. This link is called “functional diversity,” which represents the characteristics of organisms that influence both their individual fitness and their contribution to the function of ecosystems that contain them. In a recent study published in Sciencea team of ecologists has used an advanced aerial photography method to investigate the functional diversity of plant communities.

An understanding of functional diversity is critical to understanding this study. At its core, functional diversity is a form of biodiversity that describes the activities and processes that organisms undertake in their interaction with their surrounding community and ecosystem. To give an example, one plant can produce fruit that feeds other species while drawing nitrogen from the soil.

Plants are an integral part of any ecosystem and their diversity is inseparable from the biological, chemical and physical processes that take place within that ecosystem. While our understanding of the role of plants in ecosystems has grown over the years, we don’t know enough about how their properties vary over larger areas. This makes coming up with effective conservation plans a challenge.

An understanding of the functional diversity of an ecosystem can take years of study. The ecologists behind the new work wondered if it was possible to get a good understanding in a shorter period of time. So they tried to track functional diversity by remotely measuring the canopy, using traits that can indicate the presence of different plant species and communities, as well as their health.

To identify these critical properties of the canopy, the team took a step back to consider the most critical processes in plant growth and health. After identifying these processes, the ecologists were able to identify measurable properties directly related to these processes. The most obvious is photosynthesis, the process by which all plants use energy from sunlight to produce sugar. Photosynthesis is highly dependent on nitrogen and water in the leaves, as well as leaf mass per unit area, all of which can be observed.

The team then expanded its focus to issues that depend on the local conditions of a plant’s habitat, such as topographical and soil characteristics. The presence of important chemicals in leaves, such as phosphorus and calcium, indicates these processes. The presence of these chemicals is also closely related to changes in the species present in tropical forests, which is why they can be used to monitor canopy development.

Finally, the scientists considered long-term processes, such as evolutionary changes and response to pathogens. These can be tracked through antibodies found in leaves, such as polyphenols and lignin.

Focusing on seven properties of the canopy, the researchers used remote sensing to examine the functional diversity of plant communities.

The team focused on Peruvian tropical forests as a model system, as they are exposed to a range of tropical conditions, land-use pressures, and attention from conservationists. Combining advanced aerial photography with some form of artificial intelligence, the ecologists generated maps of much of the tropical biosphere, detailing various aspects of functional diversity.

Analysis revealed that the seven canopy features selected by the ecologists were largely uncorrelated, so they provide a wide range of information. Mapping these traits revealed functional variation in the forests driven by things like geology, elevation, hydrology and climate.

To better understand what their data was telling them, the ecologists used 301 well-studied forest inventory plots in the Peruvian Andes and Amazon. They found that, based on information from their individual trait maps, the functional composition of the canopy was related to the species present, which were identified through the field inventory data.

The team integrated the seven mapped canopy properties to identify common functional properties of coexisting species. Using this information, they identified 36 functional forest classes, which were clustered into six functional forest groups. The researchers suggest that their spatially explicit data could be used to bridge the gap between the distribution of plant species and the biological processes that take place in forests.

The ecologists were particularly interested in understanding how their data could be used to further conservation efforts. Each forest functional group was analyzed with respect to areas under threat, protection or conservation based on government land allocation data. The researchers found that in each forest, up to 53 percent of the mapped area could be an opportunity for new conservation actions, based on government information about how the forest is currently allocated.

This information can be used to guide conservation initiatives to reduce the ongoing loss of forests from the Andes to the Amazon. But the new method is much more important, because it works with data that is relatively fast and easy to obtain. That makes evaluating other regions for understanding conservation opportunities easier.