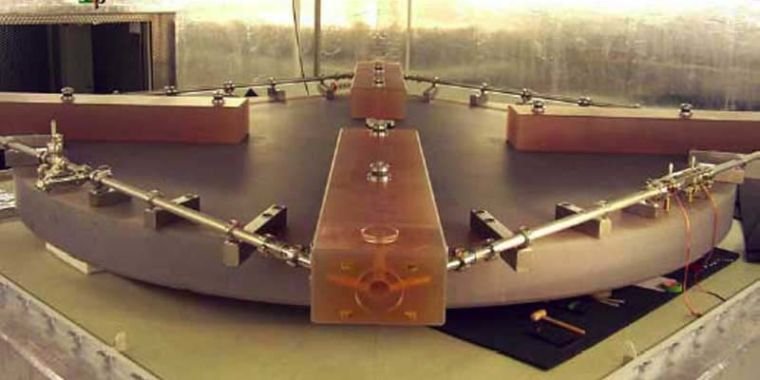 The modern smartphone is only possible thanks to sensors. Their slim form factor hides accelerometers, magnetometers, temperature sensors, a GPS unit and gyroscopes. They all consume volume and power, which means that any sensor, even if it makes your phone smarter, causes fear of draining the battery.

That makes a notification of a very small laser gyroscope quite interesting, even if it still has a long way to go before it is found in your mobile. Laser gyroscopes are pretty much the “if only” of small sensors. Essentially, it seems like they need to be in charge in terms of giving a clean and clear signal. But so far, at least they don’t.

To see why this is so, let’s take a look at how a laser gyroscope works. Essentially, light is sent in a ring; half of the light travels clockwise around the ring and the other half counterclockwise. The two rays of light meet on the other side of the ring, where they exit together.

When the two rays of light meet, they greet each other as long-separated friends and move on as if nothing separated them. In other words, if we measured the properties of the exiting light beam, it would appear that the light hadn’t even passed through the ring.

But when the ring spins, the light that travels in one direction travels of the spider, and the other ray of light travels against the spider. These rays of light do not greet each other as if nothing has ever separated them. They don’t quite match at the exit, and the combined radius is less than the sum of its parts.

And we do. Laser gyroscopes are sensitive to the Earth’s rotation (as intended). But they are also (unfortunately) sensitive to temperature fluctuations, people walking outside the lab, local construction work and the desperate screams of graduating students. To make matters worse, the sensitivity of a laser gyroscope is proportional to its size. Making them bigger is unfortunately the only way to make things better, which is not appropriate for cell phones.

Pull the thing and the other thing

Enter our fearless trio of engineers. The problems, they realized, lie in a number of areas. The things we make are never perfect: you can try to direct half the light in one direction and half the light in another, but it’s never quite balanced. Same at the exit: not all light comes out of the ring the same way from every direction. This imbalance makes life difficult. Then there are the temperature fluctuations that affect the signal globally and are indistinguishable from changes in speed.

To improve things, the engineers went back to basics. Instead of putting the clockwise and counterclockwise rotating light in one ring, they put them in separate rings. To really balance things out, they quickly switched the roles of the rings back and forth. One ring starts off slightly clockwise, shifts to slightly counterclockwise and then back again. The second ring is switched in reverse.

Finally, the rings themselves are something special. The light goes around each ring not once, but thousands of times. The shift due to rotation increases with each round of the ring, so the sensitivity is increased thousands of times. That, in turn, allows the engineers to use small rings instead of large ones.

The end result is a gyroscope of only a few square millimeters. It is much less sensitive to changes in temperature and manufacturing defects than previous laser gyroscopes.

That said, you won’t be seeing this on your mobile anytime soon. First, while this article proves that a highly sensitive laser gyroscope can be made very small, it doesn’t perform nearly as well as commercial gyroscope sensors. The angular misalignment is about a thousand times worse than what’s already on the market. I hope this is because commercial versions use some sort of internal drift correction and not because the drift is inherent in the design of the laser gyroscope.

On the plus side, this new laser gyroscope has the capability of having a smaller physical footprint than a commercial version — and should consume even less power. So not tomorrow, but maybe in ten years.