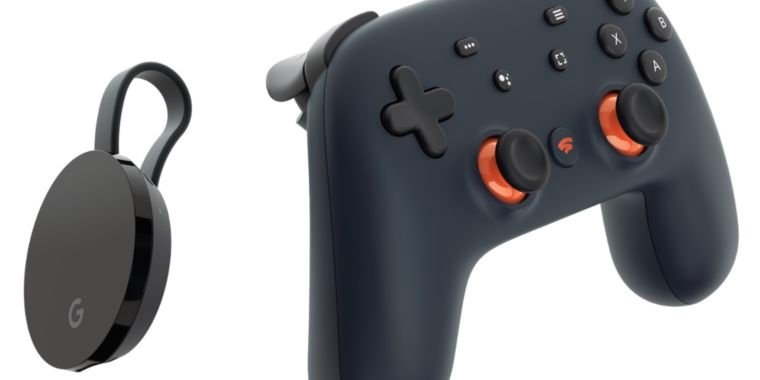 [Update (Nov. 18): Late Sunday night, Google announced that ten games that were originally planned for a post-launch 2020 release will actually be available on Stadia later today. They are:

This brings the Stadia launch day lineup up to 22 titles. Borderlands 3, Ghost Recon: Breakpoint, Dragon Ball: Xenoverse and Darksiders Genesis are still planned for Stadia release sometime this year. In addition, Ubisoft’s Watch Dogs: Legion and Gods & Monsters are planned to launch on Stadia in 2020.

Today, Google announced 12 games that will be available for individual purchase and streaming when Founders Edition pre-orders get their hands on Google Stadia beginning November 19. The games are:

Fourteen additional titles are promised on Stadia before the end of 2019:

A number of legacy titles that were previously promised as part of the Stadia launch screen are currently not included in Google’s list of 2019 Stadia releases. These include:

Major publishers Capcom and EA are also absent from Stadia’s current planned 2019 lineup, although both were listed as participating in Stadia’s “launch window” in August. Google has not yet responded to a request for comment on those omissions. [Update: A Google spokesperson told Ars that “‘launch window’ conveyed the first few months after launch.  What we announced today was the first 6 weeks.”]

A handful of other unreleased titles that were promised for the Stadia launch window have simply been delayed until 2020. These include:

Of the 26 titles slated for Stadia release this year, the horror game from Tequila Works Gylt is the only one that won’t be available on other platforms at the same time (although Google has an in-house development studio that will be working on more exclusive products over the coming months and years). Darksiders: Genesis launches simultaneously on PC and Stadia on December 5.

At launch, Stadia will only be available through the purchase of a $130 bundle that includes a Stadia controller and a Chromecast Ultra for TV play. A free tier is planned for next year, requiring no separate hardware purchase or $10/month “Stadia Pro” subscription.