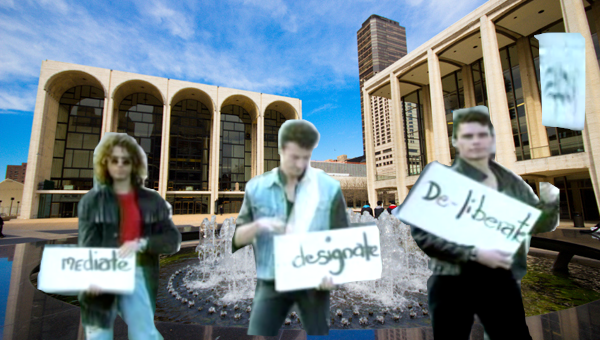 Google and Microsoft’s Bing have agreed to crack down on piracy sites in the UK after years of arguing with movie and music rights holders.

The tech giants have signed a voluntary code of conduct with the British Phonographic Industry (BPI) and Motion Picture Association after a series of talks overseen by the UK copyright watchdog and steered by the Department of Culture, Media and Sport.

On Monday, the Intellectual Property Office described it as a “landmark deal” in which Google and Bing have vowed to “reduce the visibility of infringing content in search results by June 1, 2017.” It means repeat offenders who post illegal material online will see their sites disappear on the first page of Google and Bing as movie and music fans search for content. Instead, searchers will apparently be directed to legitimate sites.

Google, which controls more than 90 percent of the search market in Europe, wanted to downplay the importance of the agreement. “Google has been an active partner in the fight against online piracy for years,” it said in a statement to Ars. “We remain committed to addressing this issue and look forward to continuing to work with rights holders.”

However, the BPI sees it differently. It said the new voluntary code is a “first-in-kind” initiative to tackle illegal piracy. It added that the copyright theft action, such as site blocking ordered by the court, would continue in conjunction with measures Google and Bing will take to reduce the exposure of infringing sites.

“Pirate sites are robbing artists and rights holders of hard-earned revenues and I’m excited to see industry-led solutions like this landmark agreement that will play an important role in driving change,” said Digital Secretary Matt Hancock.

BPI chief Geoff Taylor admitted the new scheme “will not be a panacea, but it will mean that illegal sites are removed from search results faster.”

Last July, the IPO reported a conservative decline in online breaches due to a “steep rise” in consumers accessing video streaming services. Nevertheless, it found that seven million internet users still had access to illegal material in the UK.

Google’s statement about “further working with rightholders” also points to the fact that it hopes to avoid regulatory interference from the UK government – which had threatened to introduce legislation if the relevant parties failed to strike a deal.

During the committee phase of the Digital Economy Bill earlier this month, Baroness Buscombe told the Senate:

“The search engines involved in this work have been very cooperative, making changes to their algorithms and processes, as well as working bilaterally with creative industry representatives to explore options for new interventions and how to streamline existing processes.” I understand that all parties are eager to finalize and sign the voluntary agreement, which is why we believe that no legislature is needed at this point.

“It is certainly better to act now on a cooperative basis and tackle this serious problem right away. However, if a voluntary deal cannot be reached, we will reconsider our options.”

In the US, search engines have come under similar pressure over the past decade to make it harder for individuals to find piracy options. In 2012, Google promised to “downgrade sites for which we have received a large number of valid DMCAs” [Digital Millennium Copyright Act] announcements,” but the Recording Industry Association of America quickly conducted an investigation that called the solution ineffective. In 2014, Google tried again with a new anti-piracy algorithm that proved to be more effective, blocking one of Project Free TV’s key areas. dropped by 96 percent in search results, according to reports at the time.