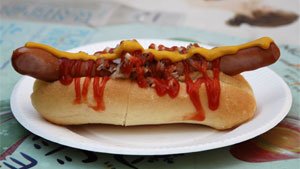 Genes and susceptibility to environmental factors both contribute to obesity, but the relationship between the two is not well understood. A recent article published in PNAS shows that children genetically predisposed to obesity have a different neurological response to food, as well as larger reward centers. These two findings suggest that at least part of the genetic predisposition to obesity works by altering brain structures that respond to food.

The study looked at children with a genetic variant that has been linked to obesity risk. People with this genetic variant usually have a high body fat percentage and BMI. Scientists suspect that the gene also influences food intake and choices, but not exercise habits. Based on previous work, the researchers behind the new paper theorize that this gene influences brain functions.

The authors recruited 78 children between the ages of nine and twelve for their study. These participants were all screened for the obesity-related genetic variant. Nineteen of the participants were considered at risk because they had two copies of the variant. Thirty-seven had only one copy and 22 had none at all; both groups were considered low risk. The children were all asked to watch age-appropriate television interspersed with both mainstream and food-related commercials.

While the participants watched these videos, the researchers used functional MRI (fMRI) to measure the responsiveness of the brain’s reward center to the food commercials. Using an Analysis of Variance comparison technique (ANOVA), they found that the children with the obesity-linked genetic variation had significantly stronger activation of reward centers in the brain when they saw the food-related commercials. This was true even for normal-weight children who had the obesity-linked variant.

The researchers did not see the same association when they looked at the difference between overweight and normal-weight children, regardless of gene variant. In other words, when the gene variant was not present, this test could not distinguish between overweight and normal-weight children. This finding suggests that increased reward center activation is linked only to the obesity gene and not to the children’s actual weight or body fat percentage.

Structural MRI showed that parts of the brain’s reward center were significantly larger in children with the obesity-linked genetic variant compared to controls.

Taken together, this work shows a link between one genetic risk of obesity and increased reward responses to food cues, as well as an enlargement of the reward center in the brain. This suggests that overeating may be an ongoing risk for healthy-weight children who have this obesity-linked variant.