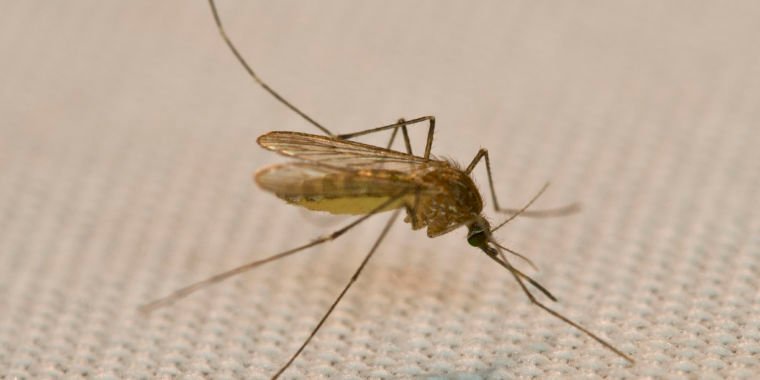 We have long known that we can limit malaria infections by controlling the mosquitoes that transmit them. But that knowledge has not translated into auditing efforts that have always been completely successful. Many of the approaches we have used to control mosquitoes have caused environmental problems, and mosquito populations are large enough that they have developed resistance to many of our pesticides.

Now a team has come up with a way to potentially avoid this problem: use gene drive to target a gene fundamental to mosquito development as male or female. By doing so, the females become sterile and, at least in the lab, the mosquito populations collapse.

What is Gene Drive? Essentially, it is a tool to convert an entire population over several generations into a single genotype.

Normally, the spread of genotypes within a population is slow, as each individual carrier passes it on to only half of its offspring, and the chances of two carriers mating are slim. The only way to speed things up is to let the genotype provide a powerful advantage in survival or mating success, but that’s about the last thing you want to give mosquitoes. Gene drive changes that, accelerating the spread of any chosen genotype, even if it’s harmful to the organism that carries it.

The method works using the enzymes involved in gene editing. DNA carrying the genes for these enzymes is placed along with a gene encoding a short RNA that directs the editing to the location of your choice within an organism’s genome. All of this is then inserted into the same spot where the gene editing system will target the DNA. Usually this place is located in one of the genes of the organism.

As a result, all their offspring will inherit the engineered gene from this parent. And with each of these offspring, the process will repeat, converting all the chromosomes into the manipulated version. If you start a population where only 12 percent carry the gene-drive system, it will be present in 100 percent of the population in about a dozen generations.

This process has a lot of potential for things like mosquito control. You can take a population and possibly eliminate resistance to existing pesticides. Or you can sensitize it to a chemical that normally doesn’t work as a pesticide. Or, in some of the more extreme versions, you can simply kill all members of one gender.

There’s just one small glitch: so far the first attempts to use gene drive in this way haven’t worked out so well. The problem was that trying to wipe out a population puts a lot of evolutionary pressure on that population, selecting for animals whose editing doesn’t work. This typically includes changes to the DNA at the location targeted by the editing system, changes that cause the system to no longer recognize it. And, at least with the targets chosen so far, these kinds of changes either seem to be already present at low levels in the population, or they’re common enough that resistance to the gene drive quickly spreads through the population.

These kinds of changes can be even more common when gene-drive systems are in place, because the gene-editing system doesn’t always edit cleanly and can lead to deletions of the DNA it targets.

The goal behind the new work is to find a gene where the changes that would make it immune to editing would also damage the gene. To do this, the researchers took advantage of our knowledge of how insects determine sex, largely generated in the fruit fly Drosophila. That work identified a gene called double sex that is essential for both men and women to develop properly.

The male and female activities are somewhat separated. If you just damage the whole gene, both sexes will be affected and they will develop as a confused intermediate of male and female traits. But there is a specific part of the gene that is necessary for the development of women. When damaged, females develop as a mix of traits, while males develop completely normally. Because this component is so essential for the function of the gene, changes in the DNA are not well tolerated there.

This is exactly the area that the researchers, from Imperial College in the UK, focused on with their gene drive system. Men who have one or two copies of the edited version of the . to wear double sex gene develop completely normally and are fertile. Females with only one copy also develop normally. In all these cases, these animals will undergo gene editing and all their offspring will receive a copy of the edited version of the gene from them. And females with both specimens processed develop with a mix of male and female traits and are unable to reproduce.

So once this gene-drive construct starts to spread, any mosquito will likely spread it further or be sterile.

The authors tested this on two groups of mosquitoes by mixing males with the gene-drive construct until these unfortunate fellows made up 12.5 percent of the total population. In one cage, only seven generations were needed for each mosquito to inherit the gene drive-carrying chromosome. All the females were sterile and the population collapsed – there was no generation eight. In the second group, this lasted until generation 11, but that population also collapsed.

The researchers checked, and they found a few modified versions of the double sex gene that could no longer be edited. But all of these deleted some of the female-specific part of the gene and therefore caused female sterility as well. The researchers also sequenced African mosquito populations and found only a single naturally occurring variant at the site of gene editing. Tests show that it would not interfere with the operation. So, as far as they can see, the evolution of resistance is not an issue here.

That doesn’t mean it’s never possible. The researchers plan to try their method in much larger populations to determine whether very rare events enable resistance. And they cite a similar approach that targets a different gene involved in the development of the two sexes, yet suffers from frequent resistance. It is important to find out exactly how these approaches differed in order to progress.

Apart from that, the gene drive is not yet ready for use in the field. double sex is so central to insect sexing that every species we’ve looked at has a version, and those in closely related species are similar enough that the gene-drive construct could potentially jump species. While targeting other mosquitoes might not be a big deal, we probably want to have a clear idea of ​​potential problems before releasing something like this into the wild.

The work also highlights the potential value of the fundamental research behind these developments. We actually didn’t know what the mosquito version was from double sex did for this job. Instead, all our knowledge was generated in the fruit fly Drosophila; the authors note that this work helps clarify the poorly understood mosquito version of the sex determination pathway. And Drosophila is not a major pest in agriculture or a vector of disease. People just studied it to better understand how biology works.

That’s exactly the kind of limitless, impractical research that’s at risk when budgets get tight and cuts have to be made. (In fact, research on fruit flies was specifically singled out by Sarah Palin as having “little or nothing to do with the public good”.) But science has a funny way of using knowledge that has been developed with no purpose in mind—just as the gene-editing technology itself, which came out of trying to understand how bacteria protect themselves from viruses.