Gearbox’s Pitchford: Steam could be “a dying store” in 5 to 10 years |Techilink 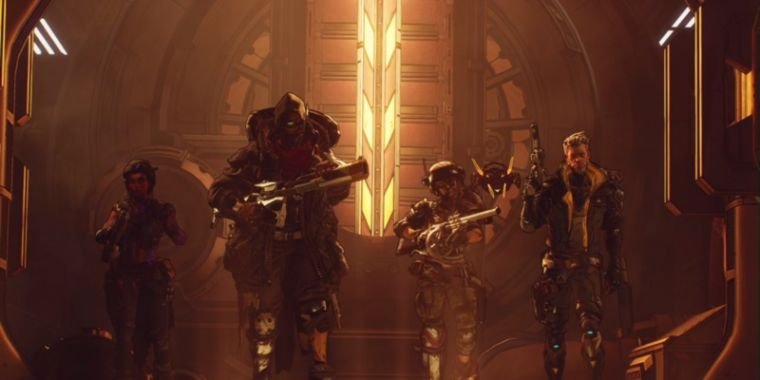 Earlier this month, Gearbox got some steam-loving rage border areas fans by announcing that the next game in the series, due out in September, will be exclusive to the Epic Games Store on PC. In a huge tweet thread But earlier this week (handily collected in this reddit post), Gearbox founder and CEO Randy Pitchford defended that decision, highlighting what he sees as the long-term positive effects of Epic’s competition from Epic with Steam for the industry. will bring.

While Pitchford acknowledges that Epic’s platform is currently missing many quality-of-life features available on Steam, Pitchford pointed to Epic’s public roadmap for adding many of those features before September’s Borderland 3 launch. In fact, Pitchford sees the game’s upcoming release as a “force feature… which in turn will make all of these features available in a faster timeline than would otherwise be possible… If I were to bet on this… inevitably surpass Valve.” in terms of features and quality of service.”

Pitchford acknowledges that publisher 2K and developer Gearbox could have hedged their bets by releasing both Steam and Epic. But he added that he thinks the entire industry will be better served in the long run if Borderland 3‘s exclusivity can help make the Epic Games Store competitive with Steam. (The significant investment Epic has made to pay to get exclusive content on its store probably didn’t hurt either)

Before Epic hit the platform, Pitchford says, “A huge chunk of the value that Valve has generated” [through Steam] has been used to enrich the handful of people who own and run the company… They were able to do this because they didn’t have to worry about it. There has been no viable competitor to Steam. They have had no outside force sufficient to challenge their earnings share and no outside force sufficient to motivate a sufficient reinvestment of earnings.”

Pitchford sees Epic as “the only guys who can really come along to break Steam’s monopoly and help solve it all…From a track record standpoint, I expect Epic’s investment in technology to significantly outperform Valve’s. If we look back at Steam in five or ten years, it may seem like a dying store and other competing stores will be the place to be.”

Pitchford points to the way Steam has already increased monetization sharing for popular games as proof of how seriously it takes the new competition. “Holy shit! That’s a miracle,” he added. “I think the folks at Valve are really smart and really great and they’re probably starting to redirect investment to their store as well.”

By way of summary, Pitchford suggests that Epic’s competition means “Steam has no choice but to give up, lose or get better faster than ever before. [and] because Valve is damn good with great talent, I don’t expect them to give up or lose.

“When we look back at this moment at the end of the day, we will realize that this was the moment when PC digital stores were no longer monopolized,” he continued. “And we’re all going to look back and see how the change happened and how the costs for developers and publishers to be in stores went down and how that value was passed on to the customers.”

Pitchford’s lengthy thoughts on the matter are well worth a read in full for anyone interested in a major developer’s direct, engaged view of the expanding PC game store wars.