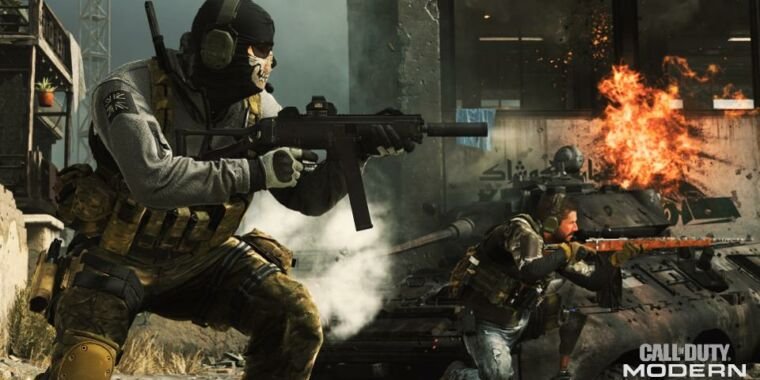 Activision delays the launch of new seasonal content in Call of Duty: Modern Warfare† Call of Duty: Warzoneand Call of Duty: Mobile amid ongoing protests against police brutality and the taped murder of George Floyd by police in Minneapolis.

“Now Isn’t the Right Time”, Publisher Activision wrote on Twitter of the previously scheduled release of new Duty contents. “Right now is the time for those who stand up for equality, justice and change to be seen and heard. We stand with you.”

Activision’s delay came just hours after Sony postponed a planned press event to promote the PlayStation 5, saying that “we don’t feel like this is a time for celebration now… be heard.” And earlier in the day Monday, EA Sports delayed a planned online “celebration” of the coming Madden NFL 21“because this is bigger than a game, bigger than sport, and we all need to stand together and commit to change.”

“These situations force all of us to some degree of self-examination,” the statement continues. “What is the role of the game industry today? What is the role of game developers? Are we making art that reflects the times? Is that our responsibility? Is the problem a matter of perspective, education or empathy? These are the questions we need to ask and answer.”

The IGDA’s Blacks in Gaming Special Interest Group plans to host a livestreamed panel “to discuss the current situation, concerns of the black game development community, and ways to support progress and combat prejudice.” The panel will be streamed live on the organization’s Twitch channel on Thursday, June 4 and 2 p.m. EST.

[Update: A Cyberpunk 2077 promotional event scheduled for June 11 has been moved back to June 25. Publisher CD Projekt Red says that’s because “more important discussions are happening right now and we want them to be heard. We wholeheartedly stand against racism, intolerance, and violence. Black Lives Matter.”

Meanwhile, Humble Bundle has announced a $1 million fund focused on publishing games from black developers. And indie game platform Itch.io has launched a pay-what-you-want charity bundle open to all its creators, with proceeds going to the NAACP Legal Defense and Education Fund and Community Bail Fund.

Electronic Arts is contributing $1 million to the Equal Justice Initiative and the NAACP Legal Defense Fund, and it’s matching employee donations made to these and other organizations. Employees will also be getting two additional paid days off for volunteering.