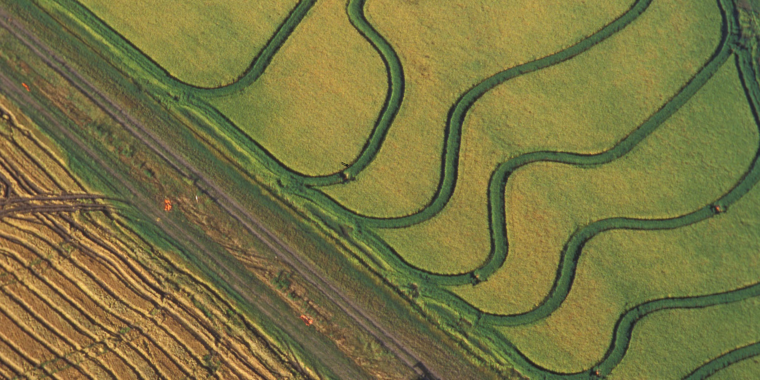 Rice is a staple food for more than half of the world’s population. Rice yields depend on numerous factors such as agricultural practices, but they also depend on the temperature at which the crop is grown. Previous studies have shown that temperatures above the optimal physiological temperature of rice can reduce crop yields.

As a result, the International Food Policy Research Institute has stated that the effects of rising temperatures due to climate change are likely to reduce rice yields by 10 percent by 2050. This could have dramatic consequences globally, as hunger and malnutrition are already significant problems.

But little is known about the physiological mechanisms by which rice plants respond to and adapt to climate change. Previous studies have left a lot of uncertainty, as they have used different methods to develop crop models. To address this, an international team of scientists investigated how rising temperatures affect rice yield sensitivity using a new compilation of data from 83 field warming experiments in 13 locations around the world. The team also evaluated three modeling approaches (statistical models, local crop models, and global gridded crop models) to understand one of the sources of uncertainty.

The team ran five crop models (Global Grid Crop Models) with daily weather output generated by five representative high-warming climate models; all of these fix carbon dioxide emissions at current values ​​(excluding relevant benefits from carbon dioxide fertilization in the future), meaning that carbon would continue to accumulate in the atmosphere throughout the century. This procedure allowed the team to isolate the influence of global warming on rice yields. The climate models predicted an increase in average air temperature from 3.3 to 5.0 Kelvin over rice-growing areas during the growing season.

The median value of the resulting climate-induced change in rice yield was -27 percent. That is a dramatic decrease compared to today, and it would significantly jeopardize global food security. But the decline ranged from 6.6 percent to 42.4 percent, mainly because of the significant uncertainty inherent in climate forecasts. This range covers everything from outright disaster to problems that can be offset by improved farming practices.

The team also determined the sensitivity of rice yields to warming towards the end of the 21stst century. The long-term sensitivity essentially indicates how much the yield will change per degree of temperature change (in this case, degrees Kelvin) above current values. The team found that all combinations of the crop models and climate models produced decreases between 1.3 and 9.3 percent for each Kelvin of climate change. (Note that the temperature is expected to change by a few Kelvin under normal emissions.)

The scientists assessed the validity of their model predictions using real-world data. In field experiments, rice batches have been warmed up during the cultivation cycle and the effects on yield have been recorded. More than 80 percent of the 83 field experiments showed rice yield loss under warming conditions. On average, rice yields decreased by 5.2 ±1.4 percent for each Kelvin warming. When the data from the field experiment was taken into account, this reduced the error on the maximum likelihood value of rice’s sensitivity to warming and made the effect more severe than the models predicted alone — a drop of 8.3 ± 1.4 percent per Kelvin . It also reduced variation between models by 33 percent.

Other publications have used local, rather than global, crop models to interpret field trials. These local cultivation models are often tailored to specific rice varieties and cultivation practices. However, analyzing a number of local crop models generated a similar impact on rice sensitivity to climate change, with a yield decrease of 6.3 ± 0.4 percent for each Kelvin change.

Finally, the International Food Policy Research Institute has its own analysis, which predicts a reduction of 4.2 to 6.4 percent for each Kelvin temperature change.

This research suggests that future yield problems could be bigger than we expected. If true, the equally important measures are probably necessary to prevent serious rice yield losses. Preventive measures such as genetic improvements that produce varieties of rice more resistant to heat should be seriously considered to reduce the risk inherent in the more extreme numbers seen here.