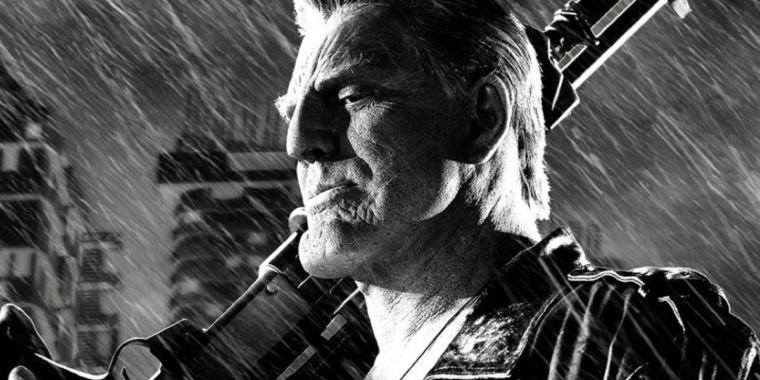 We’re getting a TV adaptation of Sin CityFrank Miller’s series of neo-noir comics inspired by crime pulp fiction, Deadline Hollywood reports. Miller just signed a deal with Legendary Television for the project, and apparently a similar deal is nearing completion with Robert Rodriguez, who worked with Miller on film adaptations of the comic book series in 2005 and 2014. The agreement comes with a guarantee for the first season , pending a partnership with one of the major networks or streaming platforms. Since Miller wants the series to get a hard “R”, streaming seems like the most likely option.

Miller cut his teeth on Marvel Comics’ 1980s daredevil series and DC Comics’ the dark knight returns† Miller was a longtime fan of film noir, especially the films of James Cagney and Humphrey Bogart, and wanted that same tone. Sin City, an anthology of stories set in the fictional western city of Basin City (aka Sin City). The series art was notable for its unique aesthetic, drawn almost entirely in black and white, with occasional bright splashes of color (red, yellow, blue, or pink) to emphasize particular characters. And Miller also used classic pulp fiction for writing.

Almost every resident of Sin City is corrupt, from the police to the wealthy Roark family, with various factions carving niches in the general hierarchy. Miller has said he wanted it to be “a world out of balance, where virtue is defined by individuals in difficult situations, not by an overwhelming sense of goodness somehow governed by this divine Comics Code.” So we get tales, or “yarns,” of a man’s brutal frenzy to avenge his lover’s murderer; gang wars; and the hunt for a disfigured serial killer targeting young women. The yarns aren’t necessarily connected, but they all take place in the same fictional world, and different characters recur in different stories.

The 2005 film adaptation, Sin Citymainly focused on the first, third and fourth book in the series (The Hard Goodbye, The Big Fat Killand That yellow bastard† From the start, Rodriguez tried to stay true to the source material; the only writing credit is “based on the graphic novels of Frank Miller.” He also brought Miller on board as a co-director to ensure the film had the same signature look as the comics. With the Director’s Guild of America refusing to give both men full direction because they weren’t part of an established team, Rodriguez famously canceled his membership to preserve dual credit.

That gamble paid off then Sin City premiered in 2005 to critical acclaim and box office success, grossing $158.7 million worldwide. It was a finalist for the prestigious Palme d’Or at the Cannes Film Festival that year, winning the Technical Grand Prize for its striking visual style. Unfortunately, the 2014 sequel, Sin City: A Dame to Kill For, bustled at the box office, making just $39.4 million worldwide against a $65 million production budget. It was also largely frowned upon by critics, who found the visuals less striking the second time around and the story slow and repetitive, though the great cast received praise.

It’s still early days for the planned TV series development, so we know very little about the details. But when rumors of a TV adaptation surfaced in 2017, Deadline noted, “The aim is to stray far from the movies and introduce original characters and timelines within the Sin City universe.” Since Rodriguez will likely be involved again, there’s a good chance he wants to tell new stories from Miller’s comic oeuvre, rather than re-reading the same narrative ground from the two films. Television is a very different medium, arguably better suited than film for Miller’s anthology format. Let’s hope it at least retains that signature neo-noir look from the movies.