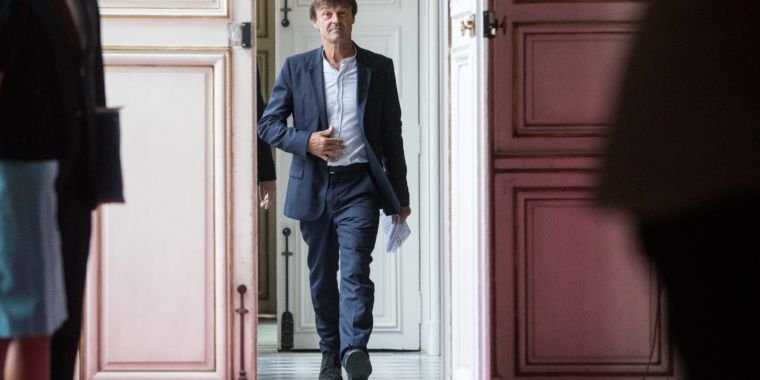 In a speech on Thursday, France’s environment minister Nicolas Hulot said the country aims to phase out electricity from coal-fired power stations by 2022 and end sales of gas and diesel internal combustion engine cars by 2040.

This first goal should be relatively easy to achieve. France relies heavily on nuclear energy — more than 70 percent of the country’s energy mix is ​​nuclear — and coal-fired power stations only contribute about four percent of France’s electricity production. Hulot also said he hoped to reduce the amount of nuclear energy in the country’s energy mix to 50 percent by 2025, although according to Le mondethe environment minister admitted that he “doesn’t have all the answers”.

In addition, Hulot noted that a law would be proposed later this year to potentially end new operating licenses for oil, gas and coal mining.

The automotive target is more of a stretch. While details of how the French government would do this are scarce, Le monde reports that part of the plan involves offering money to eligible households to replace their pre-1997 or pre-2001 gasoline or diesel cars.

Hulot called the end of petrol and diesel car sales “a public health agenda” and cited Volvo’s recent commitment to sell only electric or hybrid vehicles in 2019. Engadget notes that the French government has a significant stake in PSA, owner of Peugeot and Citroën, but also Renault. Regulators may be able to influence automakers’ activities through internal pressures. Hulot did not say whether plug-in hybrid electric vehicles would be included in the ban or not. The minister admitted that meeting the target would likely put a strain on automakers.

Recent figures from Germany show how daunting it can be to divert a country’s transportation sector from fossil fuels. And a June report from the International Energy Agency noted that without government incentives, it is extremely difficult to get people to buy electric vehicles.

On the other hand, a Bloomberg Energy Finance report released this week suggests that electric vehicles will outsell combustion engine vehicles in 20 years due to falling battery prices. “The forecast from Bloomberg New Energy Finance says adoption of zero-emission vehicles will happen faster than previously estimated because the cost of building cars is falling so quickly,” Bloomberg wrote. “The seismic shift will see plug-in cars make up a third of the global vehicle fleet by 2040, displacing about eight million barrels of oil production per day — more than the seven million barrels Saudi Arabia exports today.”