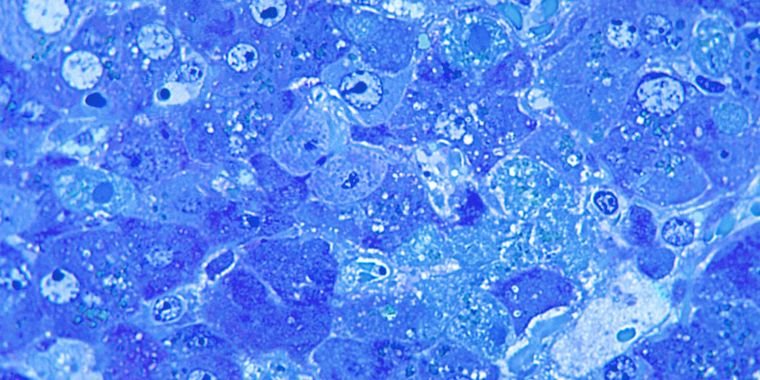 The pickup was so overloaded with medical equipment that the chassis nearly sank to the ground. dr. Austin Demby had just finished loading the Toyota Hilux with as many microscopes, IV bags, computers, and lab and chemistry equipment as he could fit in the extended bed. And as fast as he could, he drove away from the hospital in Segbwema, Sierra Leone.

Literally under gunfire, Demby and his colleagues fled the Revolutionary United Front, a violent and destructive rebel army. It was 1991 and a vicious civil war had just broken out, putting Nixon Memorial Methodist Hospital staff in extreme danger. So they were evacuating.

They darted across the muddy roads and drove into a deep puddle of rainwater. Suddenly the truck stopped. They opened the hood, but couldn’t figure out what was going on. The battery seemed fine.

“I just went back in there and prayed and turned it and it fired fast and I just put my foot on the pedal and buzzed out of there,” Demby told Ars. They drove about 40 kilometers to Kenema, Sierra Leone’s second largest city, but they weren’t there for long. “We couldn’t stay because Kenema was slowly being surrounded, so I moved my staff and the US government-backed program out of the country.”

Since 1976, the Centers for Disease Control and Prevention conducted a lassa fever research program in Sierra Leone, which Demby began to lead in 1987. Lassa is a viral hemorrhagic fever closely related to Ebola and characterized by rare but severe vascular leakage. a clinical way of saying that the body is so flooded with fluids that the blood begins to leak from every opening (yes, mouth, eyes, anus, vagina, etc.). It is difficult to detect, deadly, highly contagious and there is no vaccine.

Lassa, which is endemic to West Africa, is a bit of a forgotten, forgotten disease. While news of Ebola outbreaks regularly makes headlines, Lassa is relatively unknown, despite the fact that approximately 300,000 people are infected each year and 5,000 are killed each year. Little was known about the virus, named after the Nigerian village where it originated in 1969. The CDC had accomplished much in the past 15 years, such as learning how to detect and better control infections, but Demby and his team needed an even more deadly virus: war.

“It won’t go away,” Demby said. ‘We had done quite a bit. It just wasn’t safe to be there at the time, so it was the right decision to turn over the skills, assets and all the equipment and supplies we had to the host government.”

But amid the chaos, violence and disease, one man was left behind. His name was Dr. Aniru Sahib Sahib Conteh, a humble doctor from Sierra Leone. With few resources and a skeletal crew, Conteh would spend the next 11 years treating Lassa patients in the middle of one of his country’s most horrific war zones.

Decades later, it’s clear that Conteh’s work helped revolutionize the way Lassa is diagnosed and treated, and his persistence amid civil unrest and human rights abuses provided a framework for others battling hemorrhagic fevers and emerging illnesses in several countries. of the world’s most needy environments. By one estimate, Conteh de Lassa’s work reduced mortality by 20 percent. He has saved countless lives. He even housed refugees in his own home.

Not long after the war finally ended, however, an accidental needle prick led to Conteh’s own Lassa infection. He eventually succumbed to the disease to which he had devoted his life. But while Conteh and the virus that killed him are widely unknown, his example continues to inspire and shape others in tackling devastating virus outbreaks in Africa and beyond.

Danger within the dangers of war

Sierra Leone’s civil war broke out in March 1991, when the Revolutionary United Front attempted to overthrow President Joseph Momoh, a former major general who won the 1985 election in which he was the sole candidate. Momoh inherited a deeply corrupt and near-bankrupt government, which prompted him to cut health and education budgets. An uprising soon followed.

Led by ex-army Corporal Foday Sankoh, the RUF were notoriously vicious, spreading sexual assault, torture, mutilation and arbitrary death in the small West African region. They were assisted by Charles Taylor, a guerrilla leader and war criminal involved in another civil war in nearby Liberia, a war that began two years earlier.

The RUF recruited child soldiers, amputated limbs and murdered civilians without restraint. Some rebels would bet on the sex of unborn babies and then tear apart the pregnant mothers with machetes to determine the winner. They ransacked and destroyed every government or medical building they came across, including the Methodist hospital that Demby called home at the time. By the time the dust settled in 2002, the war had claimed the lives of about 70,000 people and displaced 2.6 million people, about half the population, according to a United Nations report.

After fleeing the hospital with nowhere to go, Dr. Conteh spent months in the countryside, hungry and anxious. He eventually ended up in Kenema and started treating war victims in a small clinic. He often considered escaping, perhaps to Nigeria or elsewhere. He was a skilled doctor who could easily find work anywhere and everywhere.

“But how could I leave?” Conteh told one of his students, Ross Donaldson, as described in Donaldson’s book: The Lassa Department. “My people, they had no one to help them.”

After Conteh diagnosed a patient with Lassa, paranoid medical staff at the makeshift clinic began referring all Lassa patients to the doctor. He was the only one willing to treat the disease, which he had become well acquainted with after joining the CDC’s Lassa team in 1979. Lassa fever isolation ward.

The grounds of the Kenema Government Hospital were (and largely remain) a scattering of single-storey buildings in a gravelled courtyard. The Lassa Ward was a small secluded concrete complex surrounded by a high barbed wire fence secured with warning signs. Generator powered, the building had few rooms and so few windows. The smell of bleach and blood was omnipresent.

Medical staff working elsewhere avoided the ward, the patients and the doctors as if it were a leper colony. The lab was so primitive it didn’t even have the capacity to actually confirm Lassa cases — Conteh had to rely on his intuition, but few, if any, knew the disease better than he did.

It was a long way from the enhanced biosafety level 4 labs that typically analyze viruses like Lassa. Instead of overpressure protective suits, the spherical astronaut clothing that is standard for handling lethal substances, Lassa department personnel wore two pairs of gloves, gowns, goggles and a face mask. The nurses’ handwashing station was a table and two buckets. Still, that was all that could be done, and under Conteh’s administration, the serious efforts have saved the lives of countless thousands.

In 1996, much of the funding came for the division of Medical Emergency Relief International, or Merlin, a British non-profit charity specializing in conflict-affected areas. Nearly a decade later, Conteh would become the first recipient of the organization’s Spirit of Merlin Award, honoring people who exemplify its values. Nicholas Mellor, one of the co-founders of the organization, does not specifically recall how the NGO learned about Conteh’s operation. But in situations like this, he says, there aren’t many medical providers to begin with.

“At that time, there was only one anesthesiologist in the entire country,” Mellor said in an interview with Ars, describing West Africa as “the Achilles heel of the world” for these emerging infections. “You’re really the last person standing in places like this.”