Forget the Guilt: There’s a Better Way to Get People to Eat More Bugs | Techilink 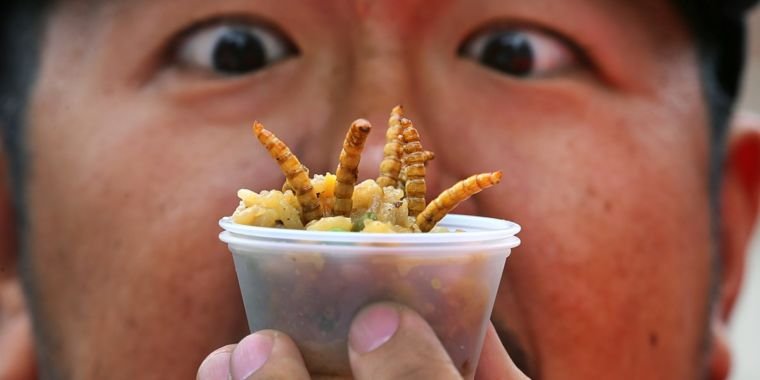 A few years ago, French chef David Faure traveled to Asia. The many different insects routinely offered for consumption in that part of the world inspired him to create an insect-based tasting menu at Aphrodite, his Michelin-starred restaurant in Nice. Adventurous diners could taste “crickets in a whiskey bubble with cubes of French toast and pears” or “squares of peas, carrot foam and mealworms”.

According to a new study by Swiss scientists, Faure’s marketing strategy to make insects more palatable to Western diners was a good one: Present insects as an exotic delicacy or a luxury indulgence, rather than a healthy source of protein that’s more environmentally friendly than consuming meat. These findings were published in Limits in nutrition.

This is part of a wider drive to adopt insects as an alternative protein source in Western diets, as food production is responsible for as much as 25 percent of greenhouse gas emissions, much of which is attributable to livestock. Breeding insects could significantly reduce those emissions. But how to overcome the strong aversion that most Westerners feel when they encounter insects in their food?

Ars’ own John Timmer recently sampled a host of insect-based dishes created by Chef Joseph Yoon, featured on the Smithsonian Channel’s new show, insect bites. And it turns out that in the hands of skilled cooks like Yoon or Faure, insects can be quite tasty. Whether that’s enough to overcome widespread Western distaste for the creepy critters is another matter.

That’s what Sebastian Berger and his colleagues at the University of Bern in Switzerland wanted to investigate. First, they randomly recruited 180 participants from one of Cologne’s busiest city squares in Germany, and invited them to participate in a consumer survey focused on ‘new products’. The volunteers had no idea they were offering to eat insects, which must have come as a shock. There was a good reason for this: The researchers wanted to eradicate a self-selection effect in those who are super fond of eating insects, or those who were especially grossed out by the prospect. (They were careful to screen for relevant allergies and also excluded pregnant women.)

After the participants were selected, they were all shown a version of an insect-based food ad and were given a flyer. They wrote a short statement responding to the ad they viewed, and then had the opportunity to eat a delicious chocolate truffle filled with about 20 mealworms. Some ads emphasized the environmental or health benefits of eating insects (“environmentally friendly” or “fair trade”); others appealed to more hedonistic traits, presenting them as “delicious,” “exotic,” or “trendy.” Participants also filled out a questionnaire to rate how prone they were to disgust.

“Once someone is willing to eat mealworm truffles, they are also inclined to try mealworm burgers or other products.”

Berger and his co-authors were surprised to find that the ads highlighting the pleasurable aspects of eating insects proved to be much more effective at influencing participants’ willingness to eat the mealworm truffle. Those same participants also rated the taste much higher than people who tried the truffle but saw the ads that emphasized health or environmental benefits. They concluded that this is because the aversion to eating insects is emotional rather than rational. Appealing to emotions would of course be a better marketing strategy to change consumer behaviour.

There are some caveats. The study was limited to a single market (Cologne, Germany), and the scientists acknowledge that their results may not be transferred to other markets. The experiment also tested only one product — the mealworm truffles — but the authors note that their previous research showed a high correlation of eating behaviors between products. In other words, they write, “Once a person is willing to eat mealworm truffles, he/she is also inclined to try mealworm burgers or other products.”

On the other hand, that strategy didn’t work out so well for Faure. The Michelin reviewers didn’t share his enthusiasm for insects haute cuisineand took away its coveted Michelin star in 2014. Aphrodite closed its doors for good in 2016. But maybe Faure has just jumped a bit and critters are becoming the next hot culinary trend.