Forget Dragon, the Falcon 9 rocket is the secret sauce of SpaceX’s success | Techilink 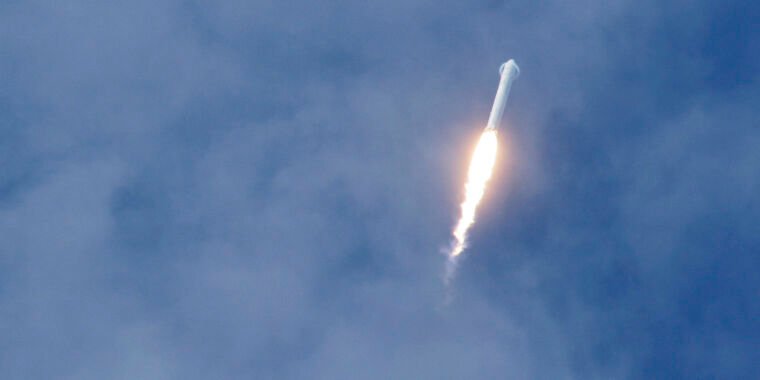 Winds howled over Florida’s Space Coast on June 3, 2010, as classic summer thunderstorms rolled inland from the Atlantic Ocean. The skies opened and torrential rains flooded some parts of Cape Canaveral with as much as two inches of rain in one hour.

The storms looked like a bad omen for the first-ever Falcon 9 rocket, which the SpaceX launch team had moved to the company’s new path just a day earlier. After completing a sequence of static fire and fuel tests in the spring of 2010, SpaceX finally received Air Force approval to launch, with the earliest possible date of June 4.

The stakes were high. In the previous four years, SpaceX had made five attempts to launch its much smaller Falcon 1 rocket from a tropical island; three of those launches failed. Now the startup company had gained access to America’s most storied spaceport, located on Florida’s east coast. Lined with expensive launch pads and countless rocket facilities, a failure at Cape Canaveral could do more damage than SpaceX’s reputation — it could destroy national security assets.

Four tall lightning towers protected the rocket from impacts during the rain, but at checkouts after the storm, a weak telemetry signal was seen coming from antennas on the Falcon 9 rocket’s second stage. Water from that day’s downpour must have got into the electronics. This was a potential showstopper for the next day’s launch attempt; the had made. To do this, the launch director, Tim Buzza, drove to the launch pad with company founder Elon Musk and a senior director of avionics, Bulent Altan.

They arrived at the launch pad well after dark and the Falcon 9 rocket had already been lowered back into a horizontal configuration from its vertical launch position.

Knowing the avionics system like no other, Altan climbed a ladder to locate the antennas on the second stage. He removed a cover to assess the damage and confirmed that rain from the day’s storms had entered the rocket’s electronics. Bright lights shone above us. Below, dozens of eyes stared at Altan.

He returned to the ground for a quick chat with Musk, Buzza, and a handful of other engineers. Should they try to swap electronics on the pad? Did they have to roll the Falcon 9 back into the company’s hangar and delay the launch for a few days? No and no. The engineers decided to try a low-tech solution: a hair dryer. Altan went back up the ladder and began swaying the dryer until the antennas and their electronics appeared dry.

Meanwhile, Musk and the others on the ground waited restlessly. SpaceX was just eight years old at the time, and the company had survived a near-death experience two years earlier before being rescued by NASA funding that had made this launch possible. The Falcon 9 rocket on the trail would fly this test flight, and if all went well, the company could soon be taking cargo to the International Space Station for NASA. But there were many doubters ready to attack SpaceX if it failed. They didn’t trust Musk or his company to deliver. Critics did not like what they saw as a cowboy attitude to spaceflight.

And let’s be real: here they were, the night before the launch cowboys, with a hair dryer to the rocket.

After he was done, Altan closed the electronics compartment on the rocket and applied silicone caulk so it would survive its ascent into space. Then, with all eyes on him, he climbed back to the ground. As Altan stepped off the ladder, Musk walked up to him with a question.

“Do you think it’s good enough to fly tomorrow?”

Musk didn’t immediately say otherwise. He has this look that he uses on people. It is intense, as if to demand, is that your final answer? In this case, Musk wanted to know if Altan was giving his boss the answer he wanted to hear or saying what he really meant. And after a few seconds, Musk must have loved what he saw.

And it was okay. More than OK actually. The next day, although the telemetry signal from the second stage’s antennas was still not as strong as hoped, Musk said they should continue with it anyway. On June 4, 2010, at 2:45 p.m. local time, the first Falcon 9 rocket was launched from the coast of Florida.

The company’s first goal for the test flight was simple: to prevent damage to the launch pad or other valuable facilities at Cape Canaveral. Second, it hoped to reach Earth orbit. It did all that and more. With an accuracy remarkable for a brand new rocket, the second stage launched itself into orbit at a tilt of 34,494 degrees — just below its 35-degree target.

And so, ten years ago, the Falcon 9 era officially began.