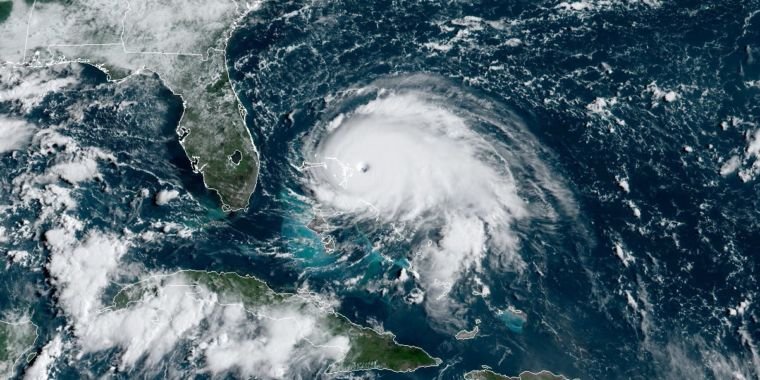 Everything else has been canceled this year, so doesn’t it seem fair that we have to cancel Atlantic hurricane season as well? Unfortunately, life is rarely fair, and it seems especially so in the midst of a pandemic.

The most prominent seasonal hurricane forecaster said Thursday there are several signals in the oceans and atmosphere that indicate a busy summer and fall for the Atlantic Ocean, the Caribbean Sea and the Gulf of Mexico.

According to the forecast by Phil Klotzbach, of Colorado State University, the best estimate for Atlantic hurricanes this year is eight (the average is 6.4), with a total of 16 named storms (12.1). “The probability of a major hurricane making landfall in the US is estimated to be about 130 percent of the long-term average,” the Klotzbach report said.

Before we go any further, let’s recognize this: Predicting overall hurricane activity two months before the Atlantic hurricane season starts isn’t the most robust science. There is always the risk of a serious flu. For example, in April 2017, Klotzbach predicted four hurricanes during what was expected to be a calm year, only two of which would become powerful “major” hurricanes. It ended up being the costliest tropical season ever in the Atlantic, with the formation of 10 hurricanes and six major hurricanes, including destructive storms Harvey, Irma and Maria.

But the program now led by Klotzbach has been doing this for nearly four decades, and more typically they come within one or two hurricanes of actual activity.

For 2020, Klotzbach sees several variables pointing to a busy year in the tropical Atlantic. A weak La Niña can form during the summer or early fall, which tends to increase overall activity. In addition, the tropical Atlantic Ocean is warmer than usual, especially the Gulf of Mexico. These trends can persist into the summer and fall and favorably influence the development of tropical systems. Several analogous seasons with similar environmental conditions at this time of year also indicate a busier year.

While the Atlantic season starts in just two months, the historically most active period doesn’t come until around mid-August, when activity ramps up through early October. Klotzbach will publish his next prediction on June 4, when forecasters should have a better idea of ​​whether La Niña will form.