For the love of God, eat more nuts… and other 2016 diet derps | Techilink 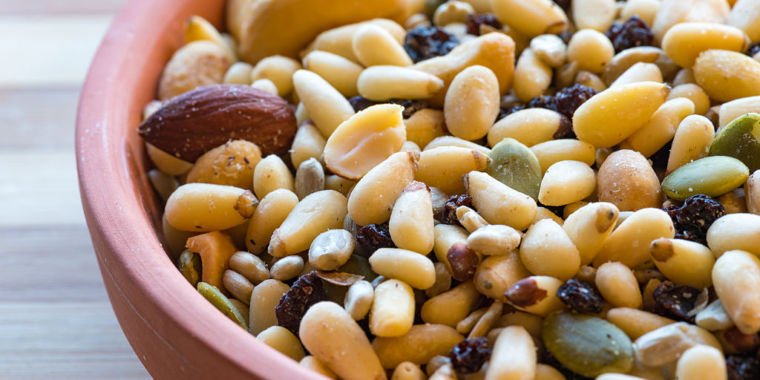 As a new year approaches and we try to recover from a 2016 hangover, many of us will reassess our diets, health, and waistline. It is an annual tradition that naturally follows glorious holidays. But after many were stress-eating all year, our New Year’s resolutions for 2017 may be our most powerful yet…maybe.

So, what did we learn from researchers in 2016 that we could apply to our totally firm nutrition and health resolutions for 2017? A lot. Some of it is even useful.

Like every year, 2016 produced a huge pile of low-quality nutrition studies and shocking nutrition advice and headlines. Federal dietary guidelines, meanwhile, got their five-year reboot and remained largely unchanged. Still, there were some enlightening revelations to keep in mind as we munch on our food choices. Most notable of these is the extent to which the food industry has confused our minds – and our research. Plus, 2016 saw some scientific insights into why dieting doesn’t work reliably.

It’s easy to forget failed diets when you read optimistic and declarative media reports about nutrition research. 2016 started with headlines proclaiming that just eating more berries will stop you packing on pounds. That takeaway came from a study of associations between weight and diet in large cohorts — a common type of study that doesn’t establish causation. In this case, the study’s findings supported the well-known fact that fruit is part of a healthy diet, but did not conclusively demonstrate that berries or other foods high in flavonoids were particularly beneficial for weight loss.

Around the same time, FiveThirtyEight demonstrated the problems with such correlative studies by doing their own research. They found “statistically significant” links between eating spring rolls and owning a dog, drinking iced tea and believing that Crash didn’t deserve to win the Best Picture Oscar and eat fatty steaks and be an atheist.

Of course, that demonstration didn’t stop the usual parade of similar silly headlines for the rest of the year. Just this month, headlines teased the question of whether drinking white wine causes skin cancer — the answer: no, no, it doesn’t. While drinking alcohol has been linked to increased risks of some cancers (melanoma is generally not included), the new study is again just a correlation and flawed. The reported link was probably a statistical fluke.

And then there’s this month’s analysis that found that eating nuts daily reduces the risk of cardiovascular disease, cancer and premature death. If only it were so easy to avoid those circumstances…

In addition to converting weak correlations into causation, nutrition research is also often marred by plain old weak studies. And that didn’t change this year. For example, an August study led to headlines suggesting that the paleo diet could reduce a person’s risk of cardiovascular disease. Still, it was based on eight people. Another alarming study suggested that common food preservatives cause cancer. That study was based only on mouse experiments in which the animals were given extreme amounts of preservatives and drugs to induce cancer.

Unfortunately, poorly designed and reported nutritional studies are not the only pitfalls of the field – or even the worst. This year we have become more aware of the inappropriate influence of the food and beverage industry on nutrition research, increasing the skepticism needed in an already fraught field of research.

In a piece from Sept JAMA Internal MedicineIn the 1960s, Harvard researchers revealed that sugar industry executives paid researchers a lot of money to downplay sugar’s role in heart disease. Instead, the blame went almost exclusively to fats. The clandestine meddling has skewed decades of federal dietary guidelines and may have set the stage for the sugar-driven rise of obesity.

Taking a page out of the sugar industry’s playbook, the Coca-Cola Company and PepsiCo have also quietly funded dozens of national health organizations, according to a research paper published by the American journal of preventive medicine published October. The authors – Boston University researchers – linked soda funding to decisions made by health organizations that were in the best interest of their funders, not their patients. For example, the Save the Children charity abruptly ended its soft drink tax support after receiving hefty subsidies from soft drink manufacturers.

The October revelation follows an investigation by The New York Times in 2015 that exposed financial ties between Coca-Cola and a network of nutrition researchers who attempted to shift focus away from the role of sweetened beverages in obesity and instead promoted the benefits of exercise.

Despite the exposure, the food industry seems unperturbed. A review appeared in December 19 Annals of Internal Medicine was quickly criticized for its blatant ties to the sugar industry. The review vehemently argued that the dietary advice to cut sugar is based on weak or unreliable evidence. (It’s not.) If The New York Times pointed out that the review was funded by the International Life Sciences Institute, a scientific group supported by food and agrochemical companies including Coca-Cola, Hershey’s, General Mills, Kraft Foods, Kellogg’s and Monsanto. And one of the review’s authors serves on the scientific advisory board of Tate & Lyle, one of the world’s largest suppliers of high-fructose corn syrup.

While health researchers can safely agree that excess sugar leads to problems, as does the food industry’s meddling in research, there’s still some hand-wringing about dietary recommendations.

In this year’s update of the federal dietary guidelines, experts advised people to eat “vegetables, fruits, grains, low-fat and fat-free dairy products, lean meats, and other high-protein foods and oils, while avoiding saturated fats, trans fats, added sugars, and sodium.” While the broad recommendations describe a healthy diet, they leave a lot of room for interpretation in terms of day-to-day food decisions, and they aren’t particularly helpful in guiding people to lose weight or improve specific aspects of their health.

Plenty of diet theories and plans fill that void – Paleo, Atkins, GOLO, Mediterranean, raw foods, etc. For some people, those diets won’t work or will only work in the short term. For others, they will work long term. And as recently NYT article examined, researchers are not clear on why exactly. But what’s becoming increasingly clear is that diets really aren’t for everyone.

“You can look at two people with the same amount of excess body weight, and they gain weight for very different reasons,” said Dr. Arya Sharma, medical director of the obesity program at the University of Alberta Time. Current diet, genetics, exercise levels, medications that promote weight gain, stress levels, poor eating habits and more may contribute to health problems and weight gain, researchers now note. And those different problems require different remedies to lose weight and keep it off.

Instead of following the latest fashion or nutrition headlines for your 2017 diet resolutions, experts recommend first identifying the causes of your health problems or weight gain, such as not noticing how much soda you drink while sitting at your computer, always feeling hungry or having cravings because of medications you’re taking, not keeping track of what you’ve already eaten in a day, or not getting enough exercise. With the help of a doctor, you can try different strategies to address specific issues until you find one that works in the long run. Those strategies may include new diets, weight loss medications, exercise regimens, new sleep schedules, or, for some, bariatric surgery.