For the first time, the Gulf of Mexico did not fall below 73° this winter | Techilink 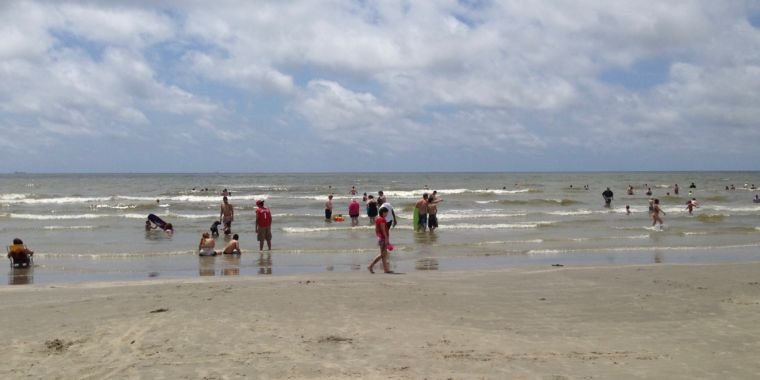 Houston meteorologist Matt Lanza recently noted that a city on the upper coast of Texas, Galveston, set a staggering number of high temperature records this winter. There were record highs on about one-fourth of the days, so Lanza contacted the local National Weather Service bureau to see if they had any concerns about the thermometer calibration or recent land use changes at Scholes Field in Galveston, where the temperature is recorded. No, he was told, it’s just been that “kind of winter.”

From November to February, Galveston finally set a total of 31 record high temperatures. And it’s not like Galveston is a recently blown up beach community; the city has a history that goes back two centuries. It used to serve as the capital of the Republic of Texas and has formal meteorological records dating back to 1874.

It wasn’t hard to pinpoint the culprit for Galveston’s heat this winter, as the weather on the barrier island is dominated by the Gulf of Mexico. The Gulf has been extremely warm this year. In fact, for the first time on record according to Michael Lowry from The Weather Channel, the daily average surface temperature never fell below 73 degrees Fahrenheit during the just concluded meteorological winter. It suffices for us to wonder, aside from the climate implications of a steamy Gulf and its impact on temperatures in the southern United States, how might the heat affect storm seasons later in the year?

For the spring and early summer storm season in the central and southern US, the warm waters will likely have an effect. While the relationship is far from absolute, scientists have found that when the Gulf of Mexico tends to be warmer than normal, there is more energy for severe storms and tornadoes to form than when the Gulf is cooler.

One of the best predictors of storm activity is a variable known as convective available potential energy, or CAPE, which essentially measures the amount of energy available to quickly lift a package vertically through the atmosphere. (Such lift is essential for raising warm, moist air higher in the atmosphere and creating instability). Values ​​of 2,500 joules/kg are generally considered high enough to provide enough energy for severe storms to form.

Last year, atmospheric scientists studied the relationship between CAPE and Gulf of Mexico surface temperatures, and they found that warmer conditions in the Gulf leading up to and during the spring storm season resulted in a small but significant increase in tornado activity. For some areas in the central and southern United States, CAPE values ​​were about 250 J/kg higher in high-temperature years than in low-temperature years.

Given the very warm baseline for Gulf temperatures this spring, some meteorologists already are Worried about the potential for an early and active spring storm season, with warmer, more humid air moving in from the Gulf of Mexico. It must be reiterated, however, that the relationship is not absolute – many other ingredients are needed to form supercells, including large upper-level storm systems spinning from the Rocky Mountains to the central plains.

Sea surface temperatures also play a role in hurricane formation and strengthening, though hurricane season doesn’t officially start until June 1 and doesn’t really get going until late July or August. Typically, waters around 80° or warmer support hurricanes, so even with record heat this winter, it’s not like 74° waters in the Gulf will support tropical cyclones anytime soon.

Rather, Klotzbach told Ars, other factors will be more dominant in determining whether hurricanes eventually form and intensify in the Gulf this summer. Among those variables, he said, are vertical wind shear and humidity levels in the mid-atmosphere.