For Honor Director: We never intended for you to unlock everything |Techilink 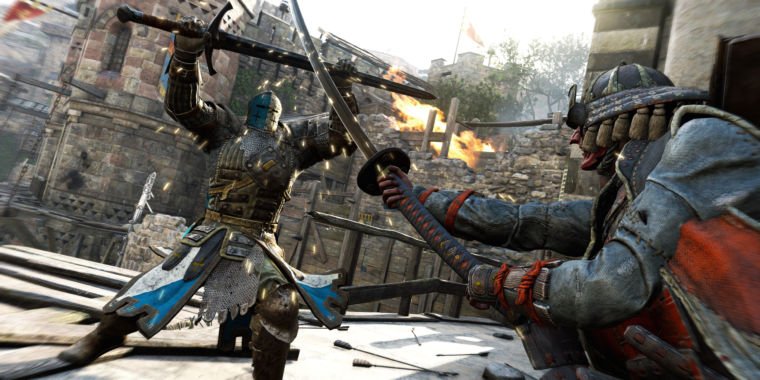 Over the past week or so, Ubisoft’s for honor has been criticized for the sheer amount of unlockable content it offers players, which one Reddit user calculated would cost more than $700 or 5,200 hours of gameplay to access. Ubisoft Montreal Game Director Damien Kieken addressed these concerns in a lengthy livestream video call. The gist of his argument? “We never intended for you to unlock everything in the game.”

For Kieken, the idea is to unlock absolutely everything available in for honor “it really doesn’t make sense. We applied RPG mechanics on top of the game…it’s just like in an RPG, let’s say World of Warcraft, you would never try to unlock everything for all characters of the entire game. It’s the same in all MOBAs, you don’t try to unlock all the content for all the heroes in your game.”

It’s interesting that Kieken compares the $60 for honor to two genres that these days are mostly free to play (or occasionally offered on a monthly subscription). Unlockable content in a fighting game like for honor is also very different from an MMO where finding and completing quests for new items and skills is the overarching point.

At least Kieken says the team designed for honor centered around the idea that most players would “play one to three characters” rather than trying to unlock content for all 12, adding “that’s really what we’re seeing in our game right now.” The idea was that players would spend about five hours unlocking achievements for their favorite character, then a few dozen more and max out their gear’s stats. After that, earning Steel for more cosmetic items was seen by the developers as more of a “mid-term objective” or “endgame content” that could be unlocked more slowly (and Kieken proudly noted that there are no in-game items you to have buy with real money).

“Because it’s cosmetic — when you go to the store, you don’t buy all the things they have,” Kieken said. “When you come back three months later, you want a new one. That’s basically the same idea… We don’t expect them to buy everything; we just expect them to buy things they want right away because they don’t want to wait a week to get it.” to get.”

I want it all, and I want it now

Kieken seems to push back against the idea, deeply ingrained by decades of fighting game design, that the single player portion is “completed” when you unlock each character/costume/weapon/bauble/etc. for honor suggests a new model, in which you focus on unlocking the cosmetic items you want and turning off the part of your brain that demands you “own” virtually 100 percent of what’s available.

That is easier said than done for some players. “Everybody knows they’re penny pinchers with” [the in-game currency called] steel,” writes Reddit user JMSpartan23 in a popular post on the game’s subreddit. “The fact that they give us an absorbing[sic] amount of sample for cosmetics? Damn it?”

“The developers, whether intentionally or not, are just spitting in our faces with their comments in yesterday’s stream,” added Reddit user Antoseb. “They lie to our face and think we are all too stupid to know that they are just milking us for more money.”

while defending for honor‘s draft, Kieken did say that the recent backlash “has sparked an interesting discussion even within the team” and explicitly noted that “it doesn’t mean we won’t change anything. We’re listening to the feedback, we’re looking at the data, as we do when we actually balance heroes…”

That said, he also noted that the microtransaction purchases help support a team of “several hundreds” still working on for honor, developing new maps and new heroes that are offered for free every few months, so as not to “split the community”. In the end, it might not be a bad trade to let obsessive players spend up to hundreds of dollars on visual trinkets to give all players access to free gameplay content well into the future.