Football: A deep dive into the technology and data behind the best players in the world | Techilink 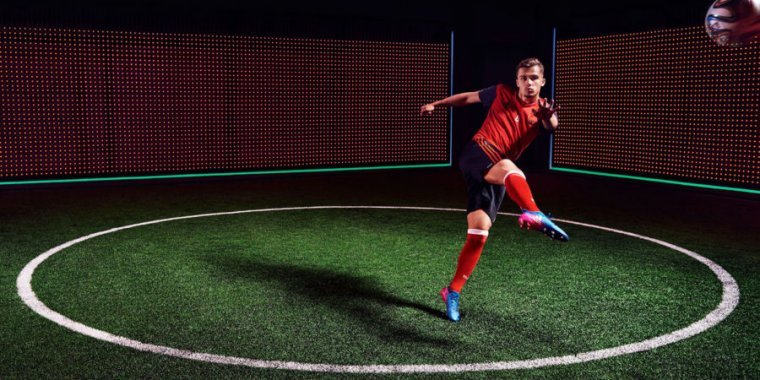 SL Benfica, the best football team in Portugal and one of the best teams in the world, earns as much money from carefully raising, training and selling players as it does from playing football. Football teams have always sold and traded players, of course, but Sport Lisboa e Benfica has turned it into an art form: buying young talent; use advanced technology, data science and training to improve their health and performance; and then sell them for tens of millions of pounds – sometimes as much as 10 or 20 times the original fee.

Let me give you a few examples. Benfica signed 17-year-old Jan Oblak in 2010 for €1.7 million; in 2014, when he became one of the best goalkeepers in the world, Atlético Madrid picked him up for a whopping €16 million. In 2007, David Luiz joined Benfica for €1.5 million; just four years later, Luiz was traded to Chelsea for €25 million and player Nemanja Matic. Three years later, Matic returned to Chelsea for a further €25 million. All told, SL Benfica has raised more than £270 million (€320 million) in player transfers over the past six years.

Benfica’s Caixa Futebol Campus has seven grass pitches, two artificial pitches, an indoor test lab and accommodation for 65 youth team members. With three top level football teams (SL Benfica, SL Benfica B and SL Benfica Juniors) and other youth levels below, more than 100 players actively train on campus – and nearly every aspect of their lives is tracked, analyzed, and enhanced by technology . How much they eat and sleep, how fast they run, get tired and recover, their mental health – everything is recorded in a giant data lake.

With machine learning and predictive analytics running on Microsoft Azure, combined with Benfica’s expert data scientists and the learned experience of the trainers, each player receives a personalized training regimen where weaknesses are ironed out, strengths improved and the chance of injury significantly reduced.

Before any kind of analysis can take place, Benfica has to collect a lot of data, mostly from sensors, but some data points (psychology, nutrition) have to be examined manually. Because small, energy-efficient sensors are a relatively new area with a lot of competition, there is hardly any standardization: each sensor (or sensor system) uses its own wireless protocol or file format. “Hundreds of thousands” of data points are collected from a single match or training session.

Processing all that data wouldn’t be so bad if there were only three or four different sensors, but we counted nearly a dozen different systems: Datatrax for game day tracking, Prozone, Philips Actiware biosensors, StatSports GPS tracking, OptoGait gait analysis , Biodex physical therapy devices, the list goes on – and each outputs data in a different format, or needs to be connected to its own proprietary base station.

Benfica uses a custom middleware layer that cleans up each sensor’s output into a single format (yes, XKCD 927 is in full effect here). The cleaned data is then ingested into a giant SQL data lake hosted in the team’s own data center. There might even be a few Excel spreadsheets on the way, Benfica’s chief information officer Joao Copeto tells Ars – “they exist in every club,” he says with a laugh – but they’re in the process of moving everything to the cloud with Dynamics 365 and Microsoft Azure.

Once everything is floating around in the data lake, maintaining the security and privacy of that data is very important. “Access to the data is segregated to protect confidentiality,” says Copeto. “Detailed information is only available to a very limited group of professionals.” Benfica’s data scientists, who are particularly interested in patterns in the data, only have access to anonymised player data – they can see the position of the player, but not much else.

Players have full access to their own data, which they can compare to team or position averages to see how they’re doing overall. Benfica is very careful to comply with existing EU data protection law and is ready to embrace the even stricter General Data Protection Regulation (GPDR) when it comes into effect in 2018.