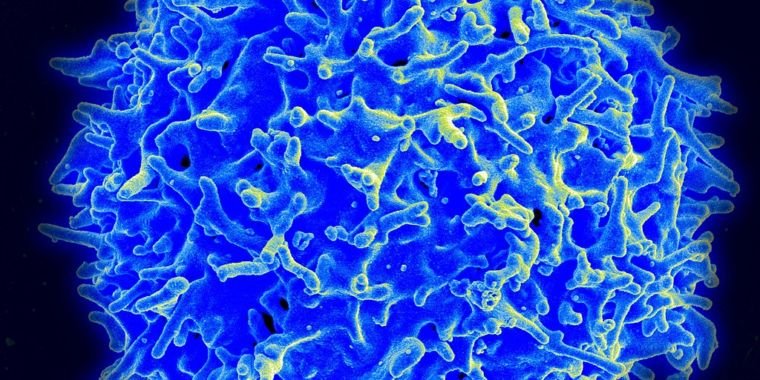 For the first time, the Food and Drug Administration has approved a therapy that involves genetically engineering a patient’s own cells, the agency announced Wednesday.

The therapy, called Kymriah (tisagenlecleucel) by Novartis, will be used to reprogram the immune cells of pediatric and young adult patients with a certain type of leukemia called B-cell acute lymphoblastic leukemia. During a 22-day out-of-body retraining, patients’ immune cells — specifically T cells that patrol the body and destroy enemies — receive a new gene that allows them to identify and attack the leukemia cells.

Such therapies, called CAR-T therapies, have been shown in several studies to be effective in curbing cancer, raising hope among researchers and patients alike. But they come with serious safety issues, plus potentially hefty price tags.

Nevertheless, the FDA announced its approval with fanfare and optimism, calling it a “historic move.” In the announcement, FDA Commissioner Scott Gottlieb said:

“We are entering a new frontier in medical innovation with the ability to reprogram a patient’s own cells to attack a deadly cancer. New technologies such as gene and cell therapies hold the potential to transform medicine and create a turning point in our ability to treat and even cure many intractable diseases. At the FDA, we are committed to helping accelerate the development and evaluation of breakthrough treatments that have the potential to save lives.”

As with all CAR-T therapies, Kymriah involves reprogramming bodyguard T cells to contain a gene that codes for a protein called chimeric antigen receptor, or CAR. This protein allows the T cells to recognize and attack cells that have a protein called CD19 hanging on them – which is what leukemia cells do.

In the Kymriah procedure, researchers first harvest T cells from a patient and then send them to a manufacturing center. There, researchers use a virus to introduce the CAR gene into the immune cells. The process takes 22 days, Nature reported.

In a previous study, 52 of 63 participants (82.5 percent) achieved overall remission after undergoing therapy. The trial was unpublished and checks were missing, so it is not possible to determine Kymriah’s influence. But trials of other CAR-T therapies have shown similarly high remission rates. And the initial results were enough to convince an external panel of FDA scientific advisers in July. In a unanimous vote on July 12, the panel recommended that the FDA approve Kymriah.

“This is a major advancement and ushers in a new era,” said panelist Malcolm Smith, a pediatric oncologist at the U.S. National Institutes of Health in Bethesda, Maryland. Nature at the time.

But the story is not all rosy. CAR-T therapies are known to trigger life-threatening immune responses called cytokine storms or cytokine release syndrome (CRS). This can lead to systemic inflammation of the whole body, with organ failure, seizures, delirium and swelling of the brain. Several trials of therapies similar to Kymriah have reported deaths.

In the Kymriah study, 47 percent of patients experienced some level of CRS, but none died. Novartis reported that it was able to manage all cases of CRS.

Noting the risk in today’s announcement, the FDA also revealed that it has expanded the approved use of a drug called Actemra, which treats CRS, so it can be used in patients receiving CAR-T therapy. The FDA also approved Kymriah with a “risk assessment and mitigation strategy,” or (REMS). This concerns additional safeguards such as extra training and protocols for healthcare providers.

However, for now, Kymriah is only approved for use in patients 25 years of age or younger who have failed conventional therapies or who have relapsed since taking those therapies. Of the approximately 3,100 patients age 20 or younger who are diagnosed with acute lymphoblastic leukemia each year, about 15 to 20 percent will fail treatment. For these patients, Kymriah can literally save lives as there are few alternatives.

But in addition to the terrifying side effects, gene therapy can also come with a hefty price tag. British experts have estimated a round of therapy at $649,000. It is still unclear what the actual costs will be and what patients will eventually have to pay.

In a press release, Novartis announced it is working with Centers for Medicare and Medicaid Services to come up with “outcomes-based pricing.” Also in the release, Bruno Strigini, CEO of Novartis Oncology, added:

We are so proud to be a part of this historic moment in cancer treatment and are deeply grateful to our researchers, collaborators, and the patients and families who participated in the Kymriah clinical program. As a breakthrough immunocellular therapy for children and young adults in desperate need of new options, Kymriah truly embodies our mission to discover new ways to improve patient outcomes and the way cancer is treated.