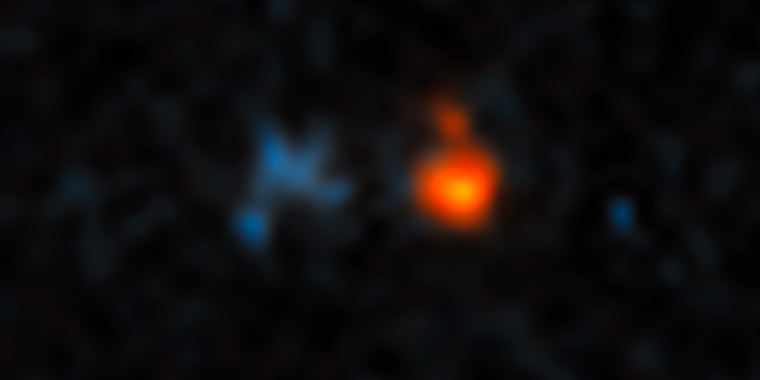 One of the most exciting prospects in physics is the discovery that fundamental constants are actually not constant at all. When I first started writing, physicists and astronomers were just figuring out how to build instruments and statistical tools that would allow very accurate measurements of fundamental constants of the distant universe. The results have been disappointing time and again: the constants were found to remain constant over time.

But that still leaves open the possibility that the fundamental constants are subtly different in space than in time. Now, new observations are investigating this possibility until about 750 million years after the Big Bang.

The fundamental constants are one of the mysteries of modern physics. These constants are not predicted by theory; instead, their values ​​are measured and placed in the equations. Our theories of physics accept almost any value for the fundamental constants, but if the values ​​were different in the slightest, our universe would be unrecognizably different—to the extent that we didn’t exist. This is often referred to as the ‘fine tuning problem’.

The reaction to this can be roughly divided into three classes, all of which lead to more or less despair:

The class “it’s all just random”: There are so many universes that all possible combinations of fundamental constant values ​​appear somewhere. We live in this because it is one in which we could exist. Since these other universes are (most likely) imperceptible, proving this conjecture is probably an exercise in futility.

The lesson “I give up”: There is no deeper theory and we just ended up like that for no reason that we can discern.

The “keep digging” class: There is a deeper theory that naturally produces a set of unique fundamental constants of the value we now observe.

Therefore, looking for details that shed light on the fundamental constants could allow us to choose our degree of despair.

The fine structure constant is very useful for accurate measurement because it partly determines the light emission and absorption properties of atoms. Absorption spectra are a fairly standard measurement in astronomy and in the laboratory. Therefore, we can make comparisons between atomic species in the present, but also in the distant past by looking at the distant universe. We can also make comparisons between atomic species that are far apart in space. And we can measure different atoms to give our measurements more statistical power.

The basic technique is to find a distant but very bright light source and look for missing wavelengths where the light was absorbed by intervening gas clouds. The Doppler shift changes the color of the light absorbed by an atom — depending on how far away a gas cloud is, the missing colors will appear in different locations. So one light source can make multiple measurements possible, depending on how far away the different gas clouds are and what types of atoms are present in the gas cloud.

In the new study, the researchers used a quasar that formed just 750 million years after the Big Bang. They found three gas clouds between the quasar and us, about a billion years after the Big Bang. To obtain the fine structure constant, the researchers used a genetic algorithm to fit the spectra. This was done in multiple steps to remove solutions that were physically unrealistic, and took into account the interference from other nearby sources.

They then looked at how their results fit with more recent findings: that the fine structure constant varies with direction. Previous results have shown that the fine structure is slightly different along a specific axis of the universe called a dipole. Now the last result is from a single light source in a specific direction, so it’s not definitive by itself. Nevertheless, the result is consistent with the previous data. (I think given the lack of data, it’s better to say it doesn’t contradict the previous measurements.)

Here I think we should be careful. The paper that found spatial variation is from the same research group (this doesn’t make it bad). To my knowledge, there have been a few follow-up studies, but these studies also seem to involve overlapping authors. In principle this is OK, but the danger is that any unintended analysis bias will be replicated rather than eliminated.

I feel that many of the scientists interested in this topic are pinning their hopes on new instruments. The echelle spectrograph for rocky exoplanets and stable spectroscopic observations (ESPRESSO) is an excellent tool for making these observations. However, it didn’t come online until 2019, so we’ll have to be patient for a while.