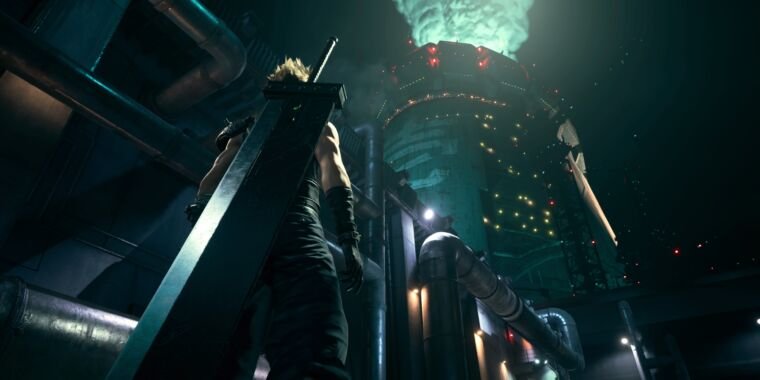 Of this week Final Fantasy VII Remake, despite its flaws and quirks, does the unimaginable: it delivers to just about any audience that might be interested in this particular RPG series and game. That’s good news for everyone who has been waiting for the return of this popular game for 23 years. But no matter how big that niche is, it remains a niche.

Are you a series veteran who has been following the Warriors of Light since the NES era? Maybe you are a JRPG diehard who knows your way in every inscrutable Final Fantasy spin off (VII or else)? Or, what if you’re an expired player who got swept up in 1997? FFVII fever in hopes that this new game will be a cool, modernized reason to return to your PlayStation 1 heyday?

If so, count yourself among the millions who are likely to enjoy some FFVIIR has to offer. The production values ​​are exciting at their best. The updated combat system brings Square Enix the closest thing to combat in a JRPG, with a system that runs on a bombastic yet smooth clip. And it’s fun to get to know some familiar faces on a long-drawn-out return to the iconic fantasy city of Midgar. In fact, you can bet Square Enix has avoided two of its usual sins this time around. FFVIIR does not take “10 hours to get good”, and the plot does not turn into a… Kingdom Hearts-like jumble of illegible gibberish.

If the idea of ​​a refreshed but faithful JRPG leaves you cold, on the other hand, FFVIIR35+ hours of combat, plot and polished set pieces probably won’t move the dial on your personal Active Time Battle meter. The dialogue is far from perfect – and, in English at least, it misses the mark too often. Moving from the old game to a 3D universe where you can control your own camera can get impractical. Relying on the archetypes of the original game won’t seem endearing to newcomers. And while this isn’t nearly as stuffed as a ’90s JRPG, in terms of players fighting randomly for hours on end, FFVIIR suffers from some obvious “let’s stretch this section for no reason” seams.

My preconception is that of an expired JRPG fan, someone who kicked Final Fantasy games to the curb in the early 00s and rarely looked back. And at worst, FFVIIR had me either yell “what the damn” to the story or “go #${& yourself” while throwing a controller in a frustrating boss fight. It’s by no means a perfect return to Midgar.

But the ambition, scope and highlights captivated me. FFVIIR feels like it had its development studios kicking and screaming to the very end – and the fact that this highly anticipated, highly researched game turned out to be good perhaps the craziest of all.

What exactly is a remake?

The first big thing to get out of the way is the title of the game, as it can give you the wrong impression of what to expect. The word “remake” implies a few things in English: a completely new recreation, like Disney’s recent lion king CGI movie or a reboot of familiar characters and history in a new plot universe, like Spider-man movies every six years or so.

Square Enix’s take on the word falls somewhere in between those definitions. To make my point, I’m referring to the free demo, which you can download now to any PlayStation 4 console – and while this description qualifies as a spoiler, it’s pretty mild, and you’ll see what I mean.

(Before I continue: FFVIIR is doing not encompass the entire plot of FFVII† Square Enix has already announced that FFVIIRThe game’s story comes to a halt the moment the game’s heroes escape from the game’s first massive city of Midgar. The developers have hinted at future games, but nothing has been formally announced yet. I get it? Okay.)

The game’s hour-long demo contains most of what you’ll find in the first retail chapter of the game, and in some ways it’s a note-for-note retelling of the game’s opening scene from 1997. camera follows a flower girl through a city, zooms out to admire the mechanized city of Midgar, then zooms in on another part of the city, where a train pulls into a nuclear reactor station. At this point, players take control of the well-known heroes Cloud Strife and Barret Wallace. Jump off the train, battle a few guards and descend to the core of the reactor, where players must plant a bomb, fight a boss and get out before it explodes.

In FFVIIR, that basic description plays out, but everything around it is different. The most obvious change comes from remastered 3D graphics, all of which run in real-time and look much better than the original game’s “full-motion video” sequences. (If you want to see what 23 years of progress in 3D rendering looks like, check here.) There are also the revamped battles, which I’ll get into.

But the biggest difference, in terms of this game’s “Remake” status, is how the story flows, expands, and changes right out of the box. In the case of this mission, three helpers from the original game (Biggs, Wedge, Jessie) join again, but this time they have a lot more to say. Usually they join fully voiced dialogue sequences, where we see this team, the eco-terrorist group “Avalanche”, sorting out its mission. Occasionally whining within earshot, their dialogue appears as a neat column of text on the side of the screen that you can read through or ignore as you march forward. In this chapter, we see the game’s voice actors and screenwriters putting their best foot forward for all of its characters, in terms of delivering “polished anime” levels of sympathetic cheese.

Then there’s the mission’s conclusion, which contains a brand new dose of dramatic irony. Avalanche’s worst enemy, the mega-corporation Shinra, appears in FFVIIR‘s version of events as a watchful eye. In the original game, Shinra was unaware. This time, the leaders watch as Cloud and Barret place the bomb on the core of their precious reactor. When they add to the bomb. The explosion is noticeably bigger than Avalanche expected.

To be That kind of remake – and mostly good

This is where the demo ends, but the retail version continues with Avalanche asking questions about that same explosion and following those threads. Think of Shinra’s meddling in the bombardment like a trampled butterfly under the otherwise cautious steps of a time traveler. It’s the first crack in the timeline (but not the last) where everything moves.

So the rest of the remake follows the archetype of the first chapter: after minor schisms in the events of the original game to all-new series and delve deeper into the cast of the existing game to expand their relationships and guide players through new, connected quests. If an event, location, character, or enemy appeared in the original FFVII, it’s probably here, but in hugely expanded form. Perhaps a place you quickly walked through in the PlayStation original has turned into a bustling city, complete with errands and side missions. Perhaps a simple problem in the original game turned into a laundry list of tasks. Or perhaps an entirely new problem is creating new quests for Avalanche (and introducing new, strange allies and adversaries along the way).

Therefore, if you’re laughing at the idea of ​​a “spoiler-free” review of a 23-year-old game remake, I insist that you hold back your laugh. I’ll say the spoiled stuff plays out in a few ways. Sometimes you discover completely new elements, which extend over a content of 1 or 1.5 hours; these pieces tend to be pretty cheesy, in line with what you’d expect from the side missions of an average JRPG. Other times, a familiar scene from the original game will appear at a different time than in the original – usually with the added bonus of extra emotional resonance, if not a smarter logical connection to the characters in question. I like how these two extremes of “new” content play side by side over the course of the campaign, especially since neither requires players to memorize the original game in order to appreciate them.

Opinions will obviously be divided when it comes to Square Enix shaking up the events and characters of yesteryear in the series, but I’d consider the shuffling execution one of the game’s successes. With each expanded sequence, the game’s designers figure out how to add the right kinds of increases or decreases in excitement, either by injecting all-new action sequences, spotlighting intriguing new characters, or slowing down the stakes with entirely optional quest quests between moments with a higher stake. In the latter case, players are asked to run through towns and find dungeon-like paths nearby, which usually contain hidden trinkets and varied monster battles. If you’re a JRPG purist, you’ll appreciate these excuses to flex your combat muscles; these missions feel like condensed versions of the “run and grind through random combat” exercises of yore, and they rarely spam the same types of enemies too much.