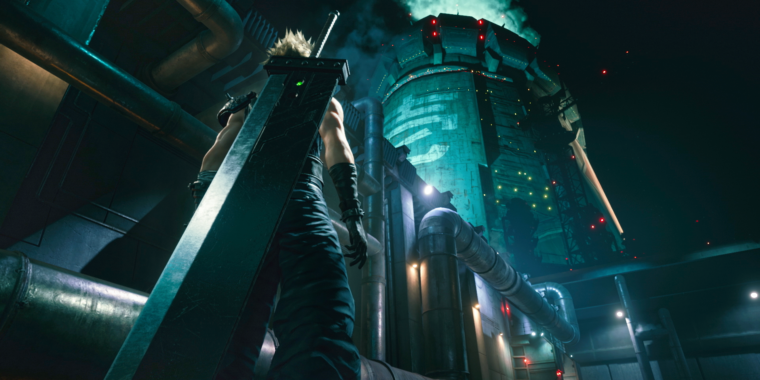 LOS ANGELES – I haven’t seen or played enough Final Fantasy VII Remake to confirm exactly how the game will turn out when it launches on PlayStation 4 consoles in March 2020. What I can say so far is that I’m far from a Final Fantasy or JRPG apologist, and yet 1.5 hours into the game’s E3 2019 debut has definitely got me excited.

Really, I’m shocked to admit that. But familiar elements, new combat and incredible brilliance in the presentation and dialogue convinced me that I will be a day-one FFVIIR player, no matter how good, weird, or bad the final game turns out to be. Which is why I’m here to talk about why I feel this way — and what’s yet to be confirmed or explained about this ambitious, murky, “first in an undetermined series” returning to the glory days of Square Enix.

Square Enix’s Monday E3 press conference confirmed a few things about: FFVIIR, from the updated visuals to the expanded story and newly recorded spoken dialogue. But first, how does it feel to play the damn thing?

The press conference made it very clear that the game features a revamped take on JRPG combat, and the mechanical details we learned sounded good enough as a sales pitch. But hands-on with the demo confirmed how good this feels in action — and how different it feels like Square Enix’s other “action RPG” fare (Final Fantasy XV† Kingdom Hearts†

In those other games, players can use joysticks to make their characters run around enemy battlefields, but in fact that move doesn’t change their core: turn-based, menu-driven combat that resembles old JRPGs. In comparison, FFVIIR is really a fighter. Mash a primary “attack” button for a standard melee or ranged attack (depending on your chosen character and their weapon equipped). Tap one button to dodge or roll, or hold down the block button to resist attacks you probably won’t dodge. And no matter how close or far you are from an enemy, there really is a risk-reward element, in that you become more prone to taking hits, while also being put in range to deal damage (or , conversely, making sure you run your ranged characters away from combat so they can maximize their ranged fire potential).

Instead of offering a Devil May Crycaliber range of attacks and combos, however, FFVIIR breaks out its more dramatic attacks to a “pause” menu that slows time to a crawl. Here you can activate special attacks, magic spells and items, and these each cost one bar of your characters’ active time battle (ATB) bar. (This menu also provides a welcome respite during frenetic moments to move the in-game camera and switch active control to different heroes, or assign tactics and ATB moves to those you don’t control.) ATB bars become refilled as you do more consecutive attacks – and fill up faster if you are in direct control of a particular hero. So you’ll want to use the d-pad to switch your direct control between heroes on a regular basis.

Take a Stand (or Two)

I personally enjoyed the resulting rhythm. The classic JRPG half of menu attack management was rewarded with flashier attacks and effects, and I also stayed excited while regularly managing my active attacks, dodges, and battlefield placement. On top of those elements is FFVIIR‘s secret sauce of ‘stands’. Characters can switch between one of the two modes by tapping the triangular button on the PS4 controller. Doing this will change the default behavior for your active character’s primary attack and dodge.

For example, in Cloud’s alternate “punisher” stance, he starts swinging heavier blows with a wide, multi-enemy arc, but moves much more slowly. The gun-carrying Barret begins firing concentrated, shotgun-like shots in his alternate stance. So for both characters, you’re essentially rewarded if you run forward, go down into the alternate stance, deal some damage, and then change stance one more time. (But this can diminish your ability to dodge or block effectively, so you’ll need to consider when to go crazy.)

After watching the producers of Square Enix play the first part of the game, which mainly revolved around battling growling soldiers and turret-loaded drones, I took over battling similar waves of bad guys. This was followed by a battle against the game’s first boss: the Scorpion Sentinel, a massive robo-bug that transforms into more defensive and offensive forms at various damage thresholds.

While the basic grunt combat was engaging enough, this boss battle really demonstrated the importance of positioning, character switching, ATB pause, special attack activation, and generally active combat. (Stances were disabled in my hands-on section, unfortunately.) I had to leave my characters behind cover when a charged attack was about to land. I had to switch characters to free the prisoner when another was grabbed by the scorpion tongs. Throughout all of this, I had to time and dodge my blocks to keep my heroes going.