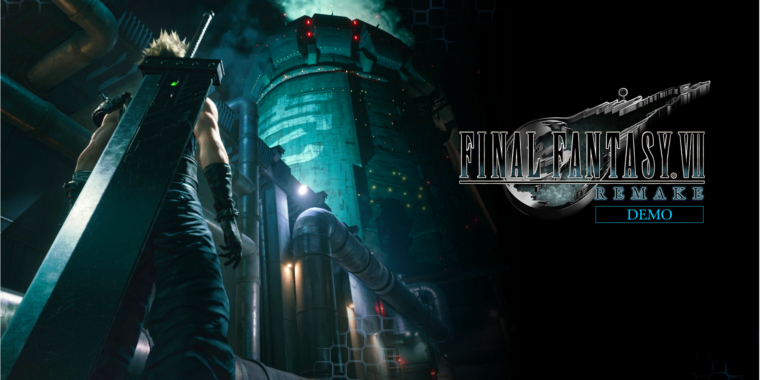 We’ve made sure to hide spoilers after a certain point in the article, in case you’d like to read up on how the December 2019 leak happened while otherwise remaining ignorant of its most tantalizing content.

Update, March 2: About two months after a Final Fantasy VII Remake Demo leaked, the official, free download is now live in all territories on the PlayStation 4 online store. Thanks to data miners breaking the late 2019 leak, we already know a ton, which you can read about below. Our original January report also summarizes our impressions of the demo, which we already played at E3 2019 – and thoroughly enjoyed.

But if you’re spoiler-averse and just want to get hands-on with Square-Enix’s revamped Midgar – and more importantly, its action-RPG combat styles – you can click here (in the US) to download the demos on your PS4, in case you are not in your living room and have put your console in “rest” mode.

With less than three months to go before its announced March release date, the upcoming game Final Fantasy VII Remake has already started the year with a bang, although probably not the way the creators at Square Enix intended. Hours before the end of 2019, the game’s playable teaser demo leaked before it was even announced as a freebie to fans. (Most of the 45 minutes of content can still be found on YouTube as of press time, although we grabbed screens of the 720p footage just in case.)

Once Square Enix takes it down, there’s also the question of what else was in the leaked demo’s file set: a ridiculous amount of uncleaned code from the rest of the upcoming retail release, including hours of music and apparent spoilers.

And you thought Patapon 2 was news…

The story began on Christmas Day with a hint of this very Final Fantasy VII Remake demonstration. Gamstat, a public repository for updates to PlayStation Network’s latest products, has posted an official image for both this demo and another unannounced game: a remastered version of the portable PSP classic Patapon 2† This one-two punch of classic game fan service could have ended there, but days later the FFVIIR files found their way to impatient users.

Scattered reports suggest that those users simply used a spoofed IP address to access the demo prior to the public launch and were even able to download the resulting files on average Windows PCs. Such a method suggests that Sony may not have a legitimate system to protect pre-release files on its PlayStation Network system, although users still needed a “debug” developer PS4 or a modified one to play the game.

The demo ends when users are invited to pre-order the PS4 version of the game via PlayStation Network, suggesting that this demo was intended for public consumption.

The resulting demo lasts a little longer than what we both saw and played at E3 2019, and it features a few new cinematic sequences that hadn’t been revealed before, most notably footage of the classic game’s villains at Shinra Corp watching and reacting. on the actions of well-known heroes Cloud, Barret and Wedge. Mechanically, not much has changed compared to what I described last summer; the action still looks like a refined action RPG system that builds on the good ideas from 2017 Final Fantasy XVand the real-time rendering of classic characters looks fantastic in Unreal Engine 4.

However, when the early demo downloaders exported the files to PCs and took them apart with readily available tools, they found that the 10GB package was packed with content that would otherwise be impossible to find over the course of the demo.

Spoilers from now on – you’ve been warned

I’m going in order from mild to wildest, in terms of hidden demo content that could be considered a spoiler.

A whopping four hours of music was unearthed from the pack, though that raw running time is a bit inflated with some repetitive music. Half of the audio is devoted to the soundtrack from the game’s first ‘chapter’, while the other half is tagged with ‘jukebox’ and a mix of new and previously released remixes and rearrangements of classic Final Fantasy VII songs. Previous Final Fantasy games came with bonus tracks that can be played in the game’s cars and bars, and this audio dump suggests the same could be coming to FFVIIR.

Since the game is rendered in Unreal Engine 4, some of the included .PKG files will already be loaded and run on PC UE4 instances. Some users are already pulling out individual character files and renders so they can animate familiar characters like Cloud (and we’re sure this will get weird soon). Other users managed to get a map titled “MINIGAMES” working, resulting in a demo that showed a rhythm-based button-tap game where Cloud “dances” to dodge enemy attacks.

If you want to estimate the length of the game, you may be able to do so based on an attached “chapter” list, which currently contains 18 entries. (The game’s first chapter, which seems to span the entire demo, lasts about 45 minutes.) This list is part of a larger body of text that includes dialogue hints from the larger game, tutorial text, and even explanations of how certain familiar characters fit into the game. this “remake” project.

By the way, this text contains: mentions of various pixel resolutions and frame rates, along with references to AMD and Nvidia hardware† Whether this is confirmation that Square Enix is ​​planning a PC port of FFVIIR is unclear, however, as such text may be a holdover from pre-release Unreal Engine 4 testing.

The most tantalizing content comes from a series of storyboards and renders, some more complete than others. Some look like near-final versions of how the classic game’s cast has been reimagined to run on PlayStation 4 consoles. Others seem to be a full disclosure of how certain characters may (or may not) appear in different places than we saw them in the original game, thus hinting at a plot crossover linking the threads of others. Final Fantasy VII-related media (particularly the 2007 PSP game Crisis Core† And if you’re wondering, yes, according to these images, Cloud will once again dress as, and pretend, a woman to trick the crime lord Don Corneo.

This set of images deserves the most grains of salt, in part because many come from unoptimized, incomplete views with a serious lack of proper lighting, textures, and shaders. It’s also possible that one of the graphics or text hints in the current leaked demo has since been updated or jettisoned due to the nature of video game development.

While Square Enix has not yet formally responded to the leak at the time of writing, Square Enix screenwriter Kazushige Nojima used Twitter to make an offer on Thursday. a sad, vague statement about ‘leaks’.