Final Fantasy 15 hands-on: brave new direction or just give in to fans? |Techilink 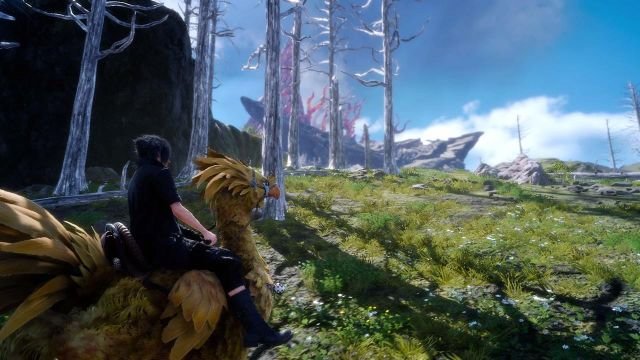 COLOGNE, Germany—It’s finally here, the ten-year expectation came true with the simple push of a button. Though I still can’t quite believe it (and a recent slowdown hasn’t helped) Final Fantasy XVa game that has acquired almost mythical status next to games like The last guard, Beyond good and evil 2and Half-Life 3, will finally be released on November 29 – and I’ve already played it.

Unfortunately for Square Enix, FF15 probably won’t live up to expectations. Its development has simply taken too long and its predecessors were too divided to escape the crushing inevitability of a game with so much hype and history behind it. Some will welcome Square Enix’s take on the modern open-world RPG. Others will long for the linear worlds of PlayStation-era games. There will be those for whom nothing is more satisfying than a three-hour grind through a maze-like dungeon, while others will hope for more accessibility in a series that has tried at times but failed to attract new audiences. Me? I just want a combat system that doesn’t suck.

Disappointment sets in from the start. Think of the excitement you felt as the train lumbered toward Midgar FFVII, and the surprise of being thrown straight into combat with Cloud and his oversized sword? Or the amazement as three soldiers, clad in their Magitek armor, turn to the horizon and walk off into the distance as the credits roll? Or even the military march of FFXIII while Lightning stares down the barrel of the gun? The Final Fantasy series has never been one to shy away from a gaudy opening, but whatever new restraint has been applied to FFXV is misplaced. FFXV‘s opening is boring at best, and confusing at worst. At least it looks nice.

Those hoping for a dramatic shift in storytelling will also be disappointed. From daddy issues to teen angst to unnecessarily limp hair, the opening cutscene (which you can see in its entirety in the gameplay video above) has all the hallmarks of a classic Final fantasy melodrama with little of its signature charm. Where text-based dialogue and pixelated sprites would leave you filling in the gaps, high-resolution voice acting and art are far too revealing to let shaky writing slide. This is a series that has pushed for ever greater visual fidelity, no matter how much it highlights any narrative shortcomings. And while it would be unfair to write off an entire story after absorbing only the first few hours of it (five to be exact), something tells me FF15 not going to give it The last of us run for his money.

And yet there are signs that Square Enix is ​​onto something. The first mission, in which you have to push a broken-down car (the Regalia) down a deserted highway, is filled with the kind of off-the-cuff dialogue you’d expect from a Not charted game. It’s not as slick, but the voice acting makes the most of the sometimes viscous writing style, delivering their lines with conviction and without the over-the-top enthusiasm that has dogged previous games. For the first time in a Final Fantasy game, you might get to know these characters through their actions, not through them just plainly telling you how they feel. A small change perhaps, but one that shows the series is maturing.

There’s none of the slow, monotonous grind that plagued it FFXIII in other words, the vast open world that reveals itself from the start, without the required 20 hours of wandering through corridors. Sure, there are some artificial barriers at the very beginning (mostly story related), and having your car glued to the road is extremely odd, so you have to get out to go off road. But once you’ve picked up your first hunting assignment from an underdressed Cindy, you’re free to venture out into the wild, with a bro army in tow, to conquer the world. Forget about the pseudo-gravel party in the open world of FFXIII‘s Pulse, or the boring, last-gen visuals of Fallout 4. This is a game crafted on the most ambitious scale with the visual splendor often reserved for shorter action adventures – a world to get lost in.

You can pick up hunts and quests at truck stops and cafes, while the vast desert planes and grassy outcrops of the kingdom of Lucis hide Chocobo farms (!), huge demons that can be slain for kudos, and NPCs that could dispatch you. another adventure. It’s easy to get distracted and stray from the main story path, to complete a hunt in hopes of landing an extra piece of equipment, or – as I did – to spend too much time looking under mastering Noctis’s fishing technique to feed a fish to a picky cat (pro tip: fish during the day, there are many more fish around). Or you can spend your time mastering Prompto’s camera technique, flipping through the random photos he takes on your journey to find hidden gems, or finding new ingredients for Ignis to use in the meals he serves at rest stops where you save your XP in one big. lump (a reminder that Square Enix hasn’t forgotten about the series’ more frivolous moments).

Distractions abound FFXV‘s upgrade system as well. There are multiple slots for weapons and accessories that allow for deep stat customization while there is an upgrade tree, similar to FFX‘s Sphere Grid system: Allows you to choose your favorite skill path and open up new methods of attack and defense. The magic system has seen the biggest overhaul, with crafting playing an integral part in the type of spells you can cast. There’s a certain amount of resource farming involved (a trend that unfortunately isn’t likely to go away any time soon), but once you’ve tracked down the various fire, ice, and thunder elements scattered across the landscape, you can combine them with other random items to create custom spells. For example, adding an ancient animal tooth to a few fire elements can create a spell that lasts twice as long, or throwing some thunder into it can turn it into a double spell.

And so to the combat and the much-maligned real-time system that Square Enix has used instead of menus. Honestly, I don’t know how to feel. There are times when you float through the environment, morphing between enemies in the blink of an eye, where the combat clicks and you get lost in each attack. And there are other times when, fooled into thinking that FFXV has good real-time combat – the kind you might see from industry experts Platinum Games – the slow response of the attack button and the odd timing of the dodge and parry prompts make everything feel sluggish and wrong. Switching between Noctis’ four weapon slots isn’t instantaneous (so forget slick combos), and controlling other characters is limited to performing just a few special attacks. And why do I have to cast spells like throwing a grenade? Despite the nice area of ​​effect, it really ruins the whole flow of combat.

Combat is a mish-mash of ideas that haven’t quite come together yet. Perhaps with the extra time for tweaks Square Enix has been given, the rough edges will go away. Or maybe, as the hours fly by, the combat will quickly become second nature (for the record, I hated it FFXIII‘s combat at first, but it became one of my favorite systems). But it’s hard to escape the feeling that the whole game is like this: that the years of protracted development and the decision to turn what was once a spin-off into a full-fledged game has resulted in something that is neither a brave new provided direction. for the franchise, nor a piece of fan service.

Or maybe, as the miles fly by on the Regalia and the sun sets on another breathtaking view in Lucis, XP accumulated and side missions completed, FFXV will have won me over. I really hope it is.