Fiber optic cables on the seabed can act as seismometers | Techilink 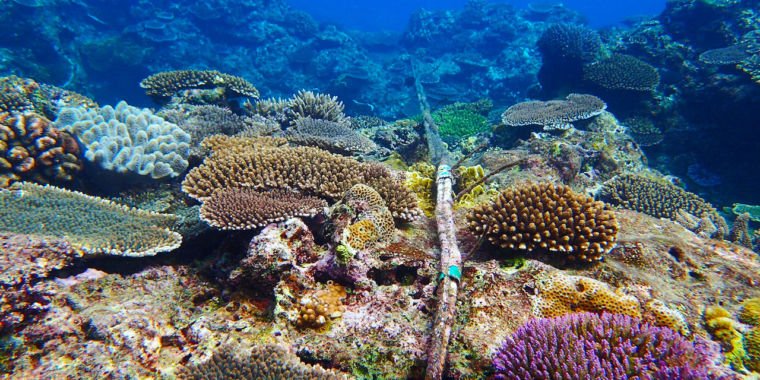 There are enough seismometers today to detect and locate almost all earthquakes on land, except the most minuscule. The seabed is a different story. It is expensive and difficult to maintain seismometers at the bottom of the ocean, so our coverage is quite sparse. Earthquakes smaller than a magnitude four will go unrecorded in many places — and “many places” in the ocean means a large portion of the planet.

A group of researchers led by Giuseppe Marra of Britain’s National Physical Laboratory accidentally stumbled upon a cheap way to fill many of the gaps. They were working on advanced fiber connections that could connect things like next-generation atomic clocks across Europe. At this sensitivity level, vibrations near the cable introduce noise into the signal, which is generally a nuisance to overcome.

But when they conducted an experiment on a British cable in August 2016, they realized the sound in the line was coming from a 6.0 magnitude earthquake in Italy. As the seismic waves pass through the fiber, the resulting distortion slows the signal slightly, causing a measurable shift in the peaks and valleys of the oscillating light wave.

Like a seismometer, the faster moving primary seismic wave is seen first, with the slower secondary wave immediately behind it. The length of the time difference between the two indicates how far the earthquake occurred. Because the signal was sent to one fiber and returned to the other, timing the noise on the “coming” and “going” fibers that appear at the detector allows you to calculate at what point along the fiber the seismic waves were first felt.

To triangulate the location of an earthquake’s epicenter, you need (surprise!) three seismometers. But because you can calculate that first point of contact along a long cable, you really only need two cables to map an epicenter.

While exploring the idea of ​​using fiber optic cables as earthquake sensors, they discovered other earthquakes using other cable links in the UK and Italy. The best result, they found, was on a seafloor cable connecting Malta and Sicily — it’s quieter down there in the ocean, with fewer sources of vibrational noise.

And that led to the researchers’ big idea: What if the network of telecommunications cables crossing the oceans could do double duty as seismometers? That could significantly increase our knowledge of seismicity on the remote seafloor.

The technique is based on a device that maintains a perfectly stable frequency of laser oscillations, so that any changes in the signal are apparent. That means you can’t use the data sent over these cables as your earthquake monitoring signal.

Fortunately, very little of a cable’s capacity should be requisitioned in the service of seismology. Each cable carries data over many channels distributed over different wavelengths of light and multiple pairs of fibers in the bundle. Only one channel should be reused, with a stabilized signal generator and detector at each end.

The researchers point out that such a network could potentially be used for other purposes, such as studying ocean noise pollution or even tracking marine mammals as they migrate. Even if cables don’t work as well, this would certainly be cheaper than building global networks of seismometers and microphones – anything that saves you a few hundred trips to the bottom of the ocean is probably worth it.