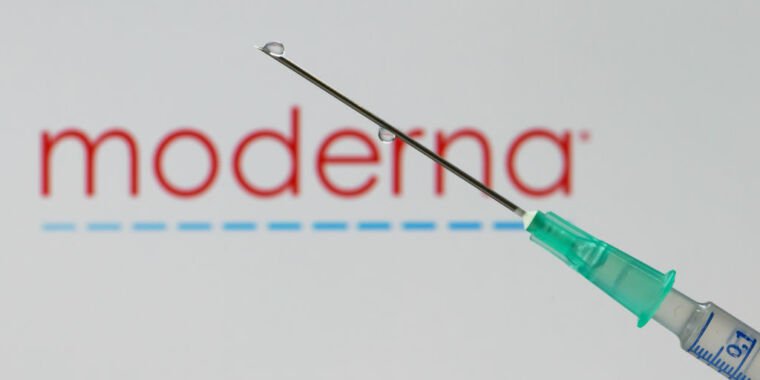 When the first doses of the Pfizer/BioNTech vaccine were delivered yesterday, most of the American public may have started to wait a long time, as the vaccine will be in short supply for many months and will be administered first to health professionals and the elderly. For most of the US, that means waiting for production to meet our needs.

One thing that could significantly speed up vaccinations is the approval of additional vaccines, and here’s the news, too: Today, the Food and Drug Administration released detailed data on Moderna’s RNA-based vaccine, finding it more than 90 percent effective. These numbers make it highly likely that the FDA will issue an emergency use authorization on Thursday.

The previous data on the efficacy of the vaccine had been provided in a press release in mid-November. The FDA documentation is, as you might expect, much more detailed. We give a summary here.

Like the Pfizer/BioNTech vaccine, Moderna’s mRNA-1273 vaccine uses a specially packaged RNA molecule to prompt human cells to produce a coronavirus protein, which the immune system will identify and attack as foreign. While many of the techniques involved have been heavily tested in other contexts, this is the first time they have been used in human vaccines, making safety and efficacy studies extremely important. Moderna had more than 30,000 participants enrolled in its placebo-controlled study. The first analysis uses data from Nov. 7, at which time nearly 28,000 of the participants had disappeared an average of seven weeks after their second vaccine dose.

On that date, there were five cases of SARS-CoV-2 infections in the vaccine group, compared to 90 in the placebo group, leading to a vaccine effectiveness of 94.5 percent. There were no significant differences in efficacy when the data were broken down by age, gender or ethnicity. As of November 21, with more cases, efficacy remained at 94.1 percent, a statistically indistinguishable difference. That comes from 11 infections in the vaccine group compared to 185 among those who received a placebo. While the raw numbers suggest that mRNA-1273 is slightly more effective in younger people (95.6 percent for those under 65 versus 86.4 percent for those older), the confidence intervals for these numbers overlap, meaning the difference may not be statistical. is significant.

There is some evidence that just one dose of the vaccine helps. At the time of the second injection, participants were tested for SARS-CoV-2; 38 in the placebo group had contracted an infection, compared to 14 in the mRNA-1273 group. The difference between placebo and vaccine groups also became significant 14 days after the first vaccination – two weeks before the booster is normally administered.

Side effects were typical of vaccines: The immune response tended to produce some flu-like symptoms, such as fatigue, headache, and muscle and joint pain. Problems were more common after the second dose. There were also reports of injection site pain and swelling and tenderness of that arm. Serious health problems such as heart or kidney problems occurred at about equal levels in both groups. The only exception was Bell’s palsy, a temporary paralysis of the facial muscles, which occurred in three people in the vaccine group but only one in the placebo group.

Overall, these results look promising, and comparable efficacy was sufficient to secure Emergency Use Authorization for the Pfizer/BioNTech vaccine. Having a second vaccine, and the additional manufacturing capacity that comes with it, could significantly increase the speed at which public health agencies can move through their priority list.

As noted above, the data is being released here as part of an evaluation of the vaccine for emergency use authorisation. That requires that there are no approved treatments, that there is reason to believe that the vaccine will be effective, and that the benefits of the vaccine outweigh the risks. One of the key points here is that the FDA has concluded that it now has enough information to make that decision. The paper itself elaborates on all the different ways the data was broken down to facilitate evaluation, as well as the criteria for various items followed during the trial.

These include the standard for determining whether a participant has had COVID-19. The criteria include two of the following: fever, chills, muscle aches, headache, sore throat, and an olfactory disorder. Alternatively, people may have a positive RT-PCR test accompanied by coughing, shortness of breath or difficulty breathing, or clinical or radiographic evidence of pneumonia.

These criteria run the risk of missing some asymptomatic cases. But it’s hard to deal with any other way. RT-PCR testing remains limited enough in the United States that the entire study population cannot be expected to be regularly screened in this way, and these tests generate some false positives. (The vaccine causes people to make antibodies against the virus, so antibody testing is not helpful.) There will no doubt be data from participants who were tested regularly after vaccination, and that will be valuable for a more detailed analysis. But for this decision, asymptomatic cases are not counted.

Similarly, “severe COVID-19” was defined as at least one of a range of respiratory problems, systemic shock, kidney, liver or neurological problems, intensive care admission, or death.

Details were also given about the side effects. Again, most of these side effects were flu-like symptoms caused by the immune system’s response to the vaccine and so are more common in people who didn’t receive a placebo. For example, about two-thirds of those who received the vaccine reported fatigue, while only one-third of the placebo group did. Fever was reported by 15 percent of vaccine recipients and almost none who received the placebo. Thirteen deaths occurred during the trial: six in the vaccine group and the rest in the placebo.

But while this was all very common, none of it was serious enough to cause many people to drop out; of the 30,000 participants, only about 40 quit, and they were about evenly split between vaccine and placebo groups. And the benefits were enormous, as a graph from the document makes clear.

Given the very promising results, it will likely be determined that ethics require the placebo group to be given access to the vaccine. The FDA review suggests that any emergency use authorization includes provisions on how the clinical trial will continue to participate once vaccines become generally available, as we must continually monitor long-term safety and efficacy. Moderna has indicated that it will try to enroll participants in the placebo group for long-term monitoring if they are vaccinated.

The document also lists many areas that we would like more information about. These include the duration of protection, how well the vaccine works in people under 17 and in high-risk populations, and whether giving the vaccine to people who have had SARS-CoV-2 infection helps reinfection. to block. The paper also highlights data that is difficult to obtain given the current study design, such as the vaccine’s impact on asymptomatic infections and long-term COVID-19, as well as how it affects transmission among those who are vaccinated but still contract an infection.

While we can normally figure out some of these by looking at the population level, that’s going to be difficult here as there will likely be several different vaccines in use at the same time. Instead, we’ll probably have to rely on contact tracing once infections are rare to determine this.