FDA: Please don’t drink hand sanitizer, even if it’s sold in… a beer can? | Techilink 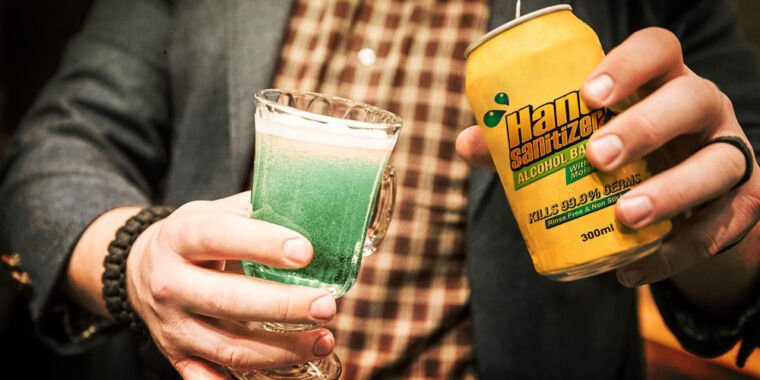 The Food and Drug Administration on Thursday issued a warning to consumers about hand sanitizers that are flavored and packaged in food and drink containers, increasing the risk of people accidentally drinking them, especially children.

According to the alert, the agency has found hand sanitizers with flavorings such as chocolate and raspberry, and in packaging such as beer cans, water bottles, juice bottles, vodka bottles and children’s snack bags — some of which were marketed with cartoons aimed at children.

“I am increasingly concerned that hand sanitizers are being packaged in a way that they appear to be consumables, such as baby food or beverages,” FDA Commissioner Stephen Hahn said in a statement. “These products can confuse consumers by accidentally ingesting a potentially deadly product. It’s dangerous to add food-flavored fragrances to hand sanitizers that children might think smell like food, eat food, and get alcohol poisoning.”

Hahn went on to say that manufacturers should be “vigilant” regarding appropriate packaging of hand sanitizer and that the FDA will monitor the products and “take appropriate action if necessary.”

The hand sanitizer market has boomed during the coronavirus pandemic. Public health experts recommend using alcohol-based sanitizers (containing ethanol or isopropyl alcohol in concentrations of 60 percent or higher) when soap and water are not available as part of appropriate hand hygiene.

But the increased supply and demand shortages of trusted manufacturers have apparently given way to unscrupulous and negligent manufacturers. The FDA began warning in June about finding hand sanitizers containing the toxic alcohol-methanol, which is often associated with improperly distilled liquor. Since then, the agency has continued to identify dozens of methanol-containing products and has received increasing reports of consumers being poisoned, going blind and even dying from the dangerous products.

Earlier this month, the FDA noted that an additional toxic contaminant, 1-propanol, was found in some hand sanitizers.

The FDA’s ever-growing list of hand sanitizers that consumers should not use now includes 165 entries. You can view the full list HERE. Below is a selection of some of the labels of hazardous products identified by the FDA.