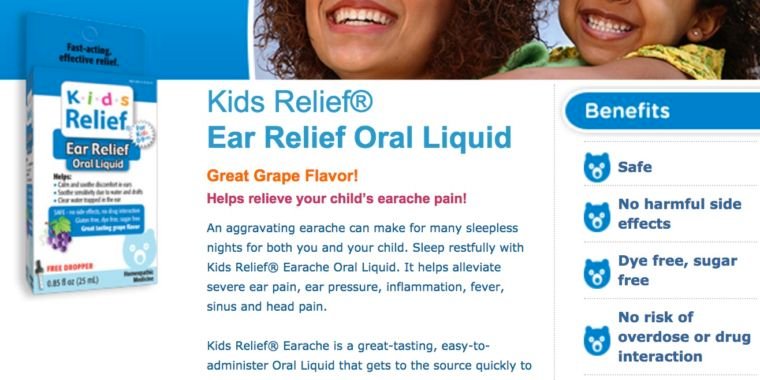 The Food and Drug Administration sent a harsh letter this month to a Canada-based homeopathic pharmaceutical manufacturer called Homeolab USA. The letter warned of “significant violations” the agency found during a recent inspection and poor quality control of the company’s baby teething products containing the deadly toxin belladonna, also known as deadly nightshade.

The letter, dated Aug. 2 and posted to the agency’s website Wednesday, contains a long list of quality and manufacturing defects that make Homeolab’s products “counterfeit,” the agency concluded. These include not testing the quality of ingredients or ensuring consistent levels of belladonna in the products. Homeolab is just the latest homeopathic company to be criticized by the FDA for problems with belladonna-containing products. For years, the agency has been investigating reports of infants having seizures, losing consciousness, and in some cases dying after using such products. The symptoms were all consistent with belladonna poisonings. Last September, the FDA warned consumers to avoid the homeopathic teething gels and tablets distributed by Hyland’s, CVS and others.

The agency found similar manufacturing and consistency issues with Hyland’s products as with Homeolab. Hyland’s tried to fight the FDA, but eventually recalled the products in April and stopped distributing them in the US.

In June, the FDA sent a warning letter to Raritan Pharmaceuticals for not guaranteeing the quality of its homeopathic teething products sold by CVS pharmacies. In November, Raritan voluntarily recalled specific lots of three of its products: CVS Homeopathic Infants’ Teething Tablet, Kids Relief Homeopathic Ear Relief Oral Liquid, and CVS Homeopathic Kids’ Ear Relief Liquid. That was after the FDA found varying amounts of belladonna in the products.

Now Homeolab, which makes powder ingredient blends for Raritan, is feeling the heat. The agency said in its latest warning letter that those blends also “showed a non-homogeneous composition.” The agency did not mince words and wrote:

“Your operators use… an inherently variable process to produce… in-process powder mixes, including those made from toxic ingredients. You have not tested the in-process powder mixes for suitability of mixing to ensure uniformity and homogeneity prior to release and shipment to your contract manufacturer, Raritan… [which used the powder blends] for finished medicines that you have marketed for use in infants and children in the United States.”

The agency discovered many problems and pitfalls in the methods Homeolab used to make its blends. After listing them, the agency suggested that Homeolab simply hire a consultant to handle the situation.

The FDA also scolded Homeolab for attempting to interfere with inspection. According to the letter, a Homeolab representative blocked an inspector from taking pictures of dirty equipment at the manufacturing facility — a big no-no.

Ultimately, the FDA requested that Homeolab create a “data-driven and scientifically sound program” for making its products. The agency also requested a risk assessment report for the low-quality products it had already distributed.

The company has 15 working days to respond to the letter.

Homeolab did not immediately respond to Ars’ request for comment.