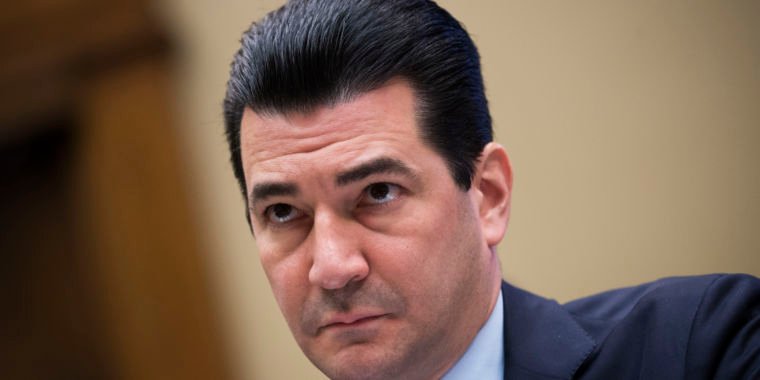 Update 17-5-2018: The FDA has now launched the website listing the names of branded drugs and their makers that have stood in the way of generic drug companies trying to create more affordable alternatives. You can view the list here. It contains notable drugs, such as Accutane (for acne), Methadone (used for opioid dependence), and Tracleer (to treat high blood pressure in the lungs). Branded drug manufacturers to be shamed include big hitters such as Celgene Corp, GlaxoSmithKline, Pfizer, Valeant Pharmaceuticals International, Gilead Sciences Inc and Actelion Pharmaceuticals Ltd, now a Johnson & Johnson company. Our original story, published May 16, is unedited below.

The Food and Drug Administration plans to begin effective this week on publicly shaming brand-name drug companies that stand in the way of competitors trying to develop cheaper generics.

FDA Commissioner Scott Gottlieb told reporters Monday and Tuesday that the agency will unveil a website with names of such companies on Thursday, May 17. More specifically, the website will publicly reveal the identities of 50 branded drugs and their makers who have blocked the development of generic drugs. The website will also be updated “on an ongoing basis” to include additional names.

When answering questions from reporters, Gottlieb denied that the attempt was a form of public disgrace. “I don’t think this is publicly embarrassing,” Gottlieb said, according to S&P Global Market Intelligence. “I think this provides transparency in situations where we see certain obstacles to timely generic access.”

But as S&P points out, Gottlieb had a different take on such tactics during a May 25, 2017 congressional hearing, in which he said he was “happy to be working” on “an embarrassing initiative.” The comment was in response to Representative David Young, R-Iowa, who noted, “Shaming has a power. Sunlight is the best disinfectant to put people in their place and try to get better behavior.”

Embarrassing or not, getting better behavior is definitely the FDA’s goal for the upcoming website. Gottlieb said he hoped it would deter companies from abusive practices that “violate the spirit, if not the letter” of the law behind the generic drug industry — known as the Hatch-Waxman Act.

The first is that they can effectively hide behind FDA drug safety programs called risk assessment and mitigation strategies or REMS. These are programs to ensure that drugs with serious side effects are used safely, which can sometimes limit when, where and how a drug is administered. With a REMS in place, the brand-name drug manufacturer can claim that the safety program interferes with their ability to provide samples to generic developers.

In this case, generic drug manufacturers often turn to the FDA to ask – in written letters – whether such a REMS exists for a drug and whether it does indeed prohibit the manufacturer from providing samples. It is these investigation letters that reveal to the FDA which branded drugs are being withheld. In fact, the 50 names to be released on the website on Thursday will be revealed through more than 150 such survey letters the agency has received.

In response, the FDA sometimes writes letters to branded drug manufacturers — on behalf of the generic company — essentially giving the branded company the green light to release the drug. But Gottlieb noted this week that the FDA plans to begin offering waivers for generic drugs that remove all REMS restrictions that the brand-name drug manufacturers claim hinder access to drug samples.

The second method branded drug companies use to withhold samples is to add contract terms with drug distributors that prevent them from supplying samples to generic competition.

Speaking to reporters, Gottlieb said he hoped the agency’s website and other efforts would dig up the “causes” of the problem — be it REMS or distribution — and quell bad behavior. “And if so, I think that’s a useful public health outcome,” Gottlieb said.